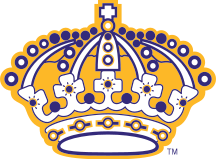 First things first – If you aren’t coming to Sheffield’s with us for the season opener… you’re blowing it and everything bad that may happen throughout the course of this season will likely be your fault. So get it together and come lose your mind with us.

Now that that’s out of the way… let’s talk some hockey. The last time we saw anything hockey related, we were watching captain Dustin Brown and the rest of the Kings skate the Stanley Cup around Los Angeles ice for the first time in franchise history. Then everything went black.

So what can we expect from this game? Well it’s really anyone’s guess. Many players used the time away from the NHL to keep their legs working in Europe or in the AHL, some just rested and I’ve heard Dave Bolland took up taxidermy. We’re likely to see a pretty rough and sloppy start to the season though. It always takes a few weeks for it to really feel like the season is underway and the extra time off isn’t going to do us much favors in terms of getting things back to normal.

The Kings were the hottest team to close out the season last year after a pretty mediocre start. It took a coaching change and a big trade but they ended the year strong and didn’t show any signs of stopping in the post-season as they took out all three of the top seeds in the West before downing the Devils in 6 games.

And not too much has really changed for the Kings. I know it comes as a shock to some of us Blackhawk fans, but the team that won the Stanley Cup is pretty much the team that will take the ice this afternoon (Yes, that is allowed). The biggest move the Kings made in the extended off-season was re-upping Conn Smythe winner Jonathan Quick for another 10 years. It was his best year ever with a 1.95 GAA and 10 shutouts. And for those keeping score, that’s 10 more than all the Hawks goalies had combined last year.

Up front, the Kings are still a group of big nasty forwards that play a physical uptempo game that can give the Hawks fits. They will be without the help of Anze Kopitar who suffered an MCL while playing in Sweden just days before the news of the lockout officially ending was announced. That’s a big loss for the Kings. Kopitar’s line with Brown and Williams was one of the strongest in the playoffs last year – putting up over 50 points in just 20 games. Word is that Kopitar is healing well and should be back soon though so we’re likely to see him the next time these two squads meet. With Kop out though lines for the Kings likely jumbled around a bit and will probably look like this:

Penner on the top line is an interesting experiment – he had a pretty lousy regular season but turned it on in the playoffs. He’s on a new one-year deal though so he’s got something to play for so long as he can avoid any pancake related injuries. Oh, and look – Colin Fraser. Good kid, that one.

Kings are short a man on the blue line as well with Willie Mitchell out after undergoing knee surgery. Mitchell is a key component of the Kings PK so missing him could potentially give the Hawks an advantage there.. but that would require a decent power play and we’re learning to crawl here, not run. It’s obviously Drew Doughty running the show here for the Kings though. Doughty’s name will be thrown around a lot for the Norris trophy for years to come.

As for the Hawks – well, you’ve hopefully been reading our previews so you know where we’re coming equipped with this year. The biggest news out of practice recently is probably the health of Toews who seems to have come down with this plague of a flu that’s destroy America. The captain missed practice yesterday and I haven’t seen any news about his status for the day. I would imagine it would have to be fairly serious for him to miss the opener though it would be wise for the Hawks to isolate him if he’s contagious because the last thing the Hawks can afford is a slow start due to everyone getting sick. With the short season, it’s crucial to not fall behind as the Hawks have a tendency of doing the last few years. There just won’t be as much time to catch up.

If Toews does miss the game – we could see Saad skating up front with Hossa and Carbomb as he did in practice yesterday. The rest of the line up is likely as follows:

With the Sharp-Boll-Kaner line, Q achieves the always elusive “Three Centers” line… or at least he does in his own warped mind. The bottom six is a bit of a scramble of mix and match players. Can’t say it really has a fully fleshed out purpose but they rarely ever do anyway. No surprises on the blue line or in the net for the Hawks. Corey Crawford gets the start and hopefully the chance to pick up the pieces on a fairly disappointing season last year.

The Hawks and the Bruins both lost their banner raising games. With the extra time off perhaps adding even more pressure and emotion to the LA squad, it might not be the easiest game for them to win. This is the same team that surprised most people last year though – so it’s anyone’s guess.

We’re doing these threads just like the old site – so if you’re stuck away from Chicago (or just staying home.. but seriously, don’t do that. Come drink with us) then look for new threads for each period.