Well, We're Waiting – The Committed Indian.com's Season Preview: Q (And The Axe Over His Head) 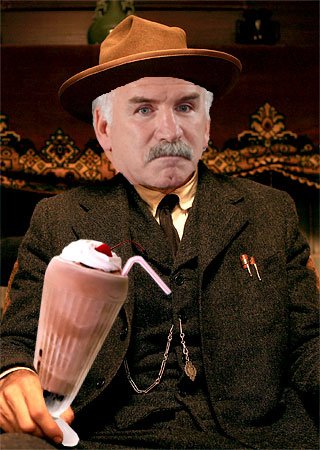 The last one, and perhaps the biggest storyline and question the Hawks having going into this season. And with the shortened version of it, the axis has gotten completely tilted. Does the cramped schedule make Q unfireable? Did his margin of error just shrink? Is Jamie Kompon really the bag of broken hammers that Kings fans say he is? It’s going to be fun finding out. And by “fun” I mean “not at all.”

First, we’ve been sitting on this little nugget for a while, and we can finally share it with you.

While we will shout at the sky until the Earth ends that we are not journalists, that doesn’t mean we don’t know some people we trust with some inside contacts who get stuff. The following story comes from a very reliable friend of the program.

During exit-interviews with players last year, a significant number of them made it clear to Stan Bowman that they’d like to see Mike Kitchen fired out of the nearest cannon. You can probably guess why. However, after Stan and John McDonough discussed it, it was decided that the chain of command in the organization shouldn’t be uprooted for this, and that actually makes sense. Your president hires the GM, the GM hires the coach (though not in this instance and that’s part of the problem), your coach hires his staff. It’s how things should work.

When Stan and McD advised Q that the players weren’t exactly thrilled with everything on the coaching staff, Q decided to can Mike Haviland and keep his stooge Kitchen, and get to bring in another of his stooges in Kompon.

Why? Anyone’s guess. Maybe he wanted to prove to the players they don’t run things and that he’s in charge. Maybe he wanted to thumb his nose at Stan — something he hasn’t hesitated to do in other ways. Maybe he had genuine problems with Havi. Maybe all of the above. Maybe. Maybe not. Maybe go fuck yourselves.

It obviously puts Bowman in an odd position. Stan did not hire Q. He’s watched Q fuck with pretty much all of his acquisitions the past two years. However, Quenneville carries as much if not more water than Stan with the higher-ups, due to that Cup (though it’s looking more and more like he was a passenger and not a driver on that bus).

This is just my theory now, but it feels like all of this is Stan giving Q enough rope to hang himself, a theory I’ve put forth before. Stan’s line of thinking would be something like, “Well, my bosses aren’t ready to fire him yet, so I’ll let him have everything he wants and if he still fucks it up, the case is clear. If it works, then we’re winning and everyone’s happy. I get out of this clean either way.” Because no matter what you think of Bowman, every GM gets one coach-hire and Stan hasn’t gotten one yet.

Whatever went down this summer, Quenneville has some issues. He may have a dressing room already looking at him sideways. He’s got two special teams that are a shambles. And Q may have lost those players with his handling of it. Remember the second half of last season? Any player who had two good periods got a chance on the man advantage. Johnny Oduya got looks after scoring one goal against the Rangers. Andrew Shaw had two good games and suddenly was on the PP. Jamal Mayers moonlighted there, as did Steve Montador as a forward. That doesn’t feel like a coach trying to reward or spark. That sounds like a guy completely out of answers just throwing shit to the wall. Lack of cohesion was certainly one issue on the power play.

There were other problems. The constant line juggling a lot of times had the reverse effect it was supposed to, with players seemingly rolling their eyes instead of responding. There were rumors of arguments over defensive coverages and schemes between Q and Toews and some other players. The system of breaking out of the zone was fercockt, where the middle of the ice was completely ignored. The baffling decisions to ignore Lepisto and Montador for John Scott, and the now continued use of Brandon Bollig. Carcillo on the top six. The fucking with Michael Frolik. Most of all, teams that are completely committed don’t lose eight in a row, do they? This list could keep going.

For me, the key person to watch in all this is Jonathan Toews. As stated above, there were the rumored airing of grievances. After months of being a leading voice within the union, combined with being a bit older, there’s no question that Tazer is feeling his leadership oats these days. He’s certainly the unquestioned leader of this team.

Toews could snap the entire team to play for him if he wanted to. If he buys into what’s going on then everyone else will. That much is pretty clear. But what happens if Toews gets fed up with things (possibly again)? What if he thinks Kompon is a moron and sees the special teams turning into a drunken shit-demon again? What if Toews wants to test just how much strength he has in the organization? Because if he starts barking upstairs and it suddenly becomes a Toews vs. Q kind of thing, there’s only going to be one winner and it’s going to be by TKO. Hint: it won’t be the guy with the mustache.

Q’s got a mountain to climb here. Rocky has already lost 17 UC sellouts. He’s not going to look too kindly on getting only two, three, or four playoff home dates. I’m not sure just winning the first round will save Q’s job. He’s got special teams to dramatically improve, a re-committing to his defensive philosophies, and not a lot of time to instill it. And he’s got to do it with a team still weak down the middle, lacking a little size up front, and a goalie situation with huge question marks over it.