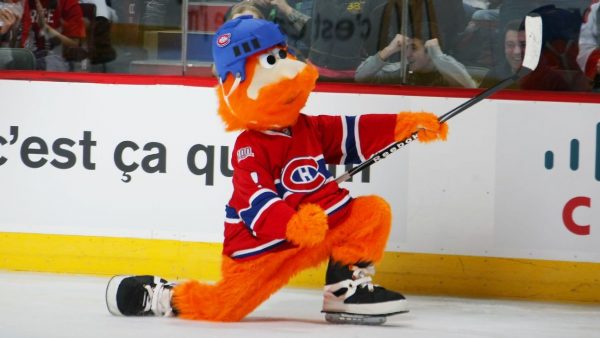 Most of my thoughts on the Montreal Canadiens are contained here. But I won’t miss a chance to shit on them twice. Or hundreds. Whatever it takes. While they might not be poorly coached anymore (though I’m less convinced of Claude Julien’s genius than others), they’re still poorly run, poorly watched, and the kvetching that goes on about them takes up far too much space in our lives. And I don’t think this season is going to be any more pleasant for anyone, although you have to feel sorry for them because this summer they didn’t have an obscenely talented and charismatic player who just happened to be a minority to toss overboard. How could they possibly function?

Goalies: Well this is easy. It’s nearly impossible to be bad when you’re backed by Cary Price. And now Price has the new paper which starting next season will pay him $10.5 per season, and if you think about what he means to this team that’s probably half of what he should be getting. Even with their positive metrics the Habs got the fourth best even-strength goaltending last year (just behind the Hawks, which is a true miracle considering Crawford sucks I’m told). He’ll be backed up by Al “You Keep Using That Word” Montoya, and the guy sitting next to you in the 300 Level assuredly has a story about dicing up Montoya at rat in Darien or wherever the fuck it was. If Price is healthy, and he doesn’t have to deal with a World Cup this time around, he’s an automatic Vezina finalist and the Habs are automatically ok with absolutely nothing else. Sucks, I know.

Defense: Hey, how can you take a defense that was already too slow and plodding last year and make it more so? You can add Karl Alzner, that’s what! In reality, swapping out Markov–who only Habs fans couldn’t see wasn’t good anymore–for Alzner is a plus move, though probably not much of one and doesn’t solve the problems this blue line had, Which was it can’t move fast enough, and that won’t get better with Alzner, Weber, and Benn all a year older. The addition of Schlemko is a good one, even if he wasn’t the sneaky good signing in San Jose we were sure he would be. Brandon Davidson is the only other get-up-and-go on this, because Jeff Petry died about two years ago. You’ll be shocked to know that Mark Streit is A) still ambulatory and B) here again. Neither of these should matter for Montreal, and if they do they are in bigger trouble than I thought. Still, as this team is going to have to regularly see the Leafs and Bolts, this could be a problem. That is if the Leafs can get over whatever hoodoo the Habs have over them, which has been going on for like 17 years now.

Forwards: I’ve lost count of the amount of seasons Marc Bergevin has ignored the center spot on his team, but we’re doing it again. They seem determined to drive Alex Galchenyuk out of town even though he’s the only offensive center they have. Phillip Danault might actually start between Pacioretty and Gallagher, which is really something if you think about it. Andrew Shaw might still be at center when the season opens, and if you know anything about how that goes you just passed out. Their big addition was to swap out their main defensive prospect Mikhail Sergachev, perhaps it’s club policy to have no d-men that can actually skate, to bring Jonathan Drouin home. Because bringing a Quebecois to Montreal has always worked out in the past. Drouin is obscenely talented and was kind of fucked over in Tampa by people who thought they knew better, but arriving in this pressure cooker is no guarantee. Especially when he might not have a center to play with. Tomas Plekanec in his old age is a glorified Marcus Kruger. There are enough wingers here to make noise with Patches (before they drive him away), Gallagher, Drouin, Lehkonen, Hemsky, and even Shaw if they move him out of the middle and give him a brain transplant. But again, the other teams in this division are so much stronger down the middle and at the blue line, you can’t see how they get around that.

Outlook: They’re not the Leafs. They’re not the Lightning. And yet both of those teams do not have guarantees in net. The Canadiens do. Which probably keeps them in the discussion for the division title again, though I think they fall a touch short. Which sets them up for an early playoff exit as Price tires from doing the heavy lifting and they face a team with even one-and-a-half centers.