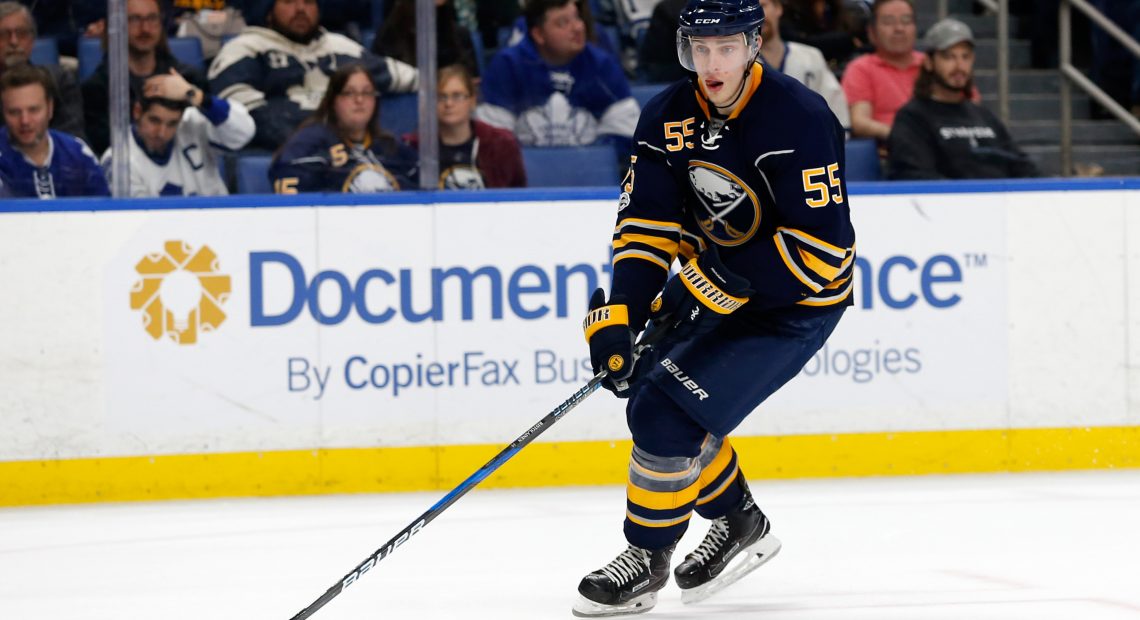 Not that anyone asked for it, but our league-wide tour makes its next stop in Buffalo as this train chugs alphabetically by division and east to west.

So, to the shock of no one, the Sabres were bad last year. Like, real bad. But that’s still kind of the idea, and having Jack Eichel miss the first two months of the season certainly expedited that process, as any hope of making THE LEAP last year was dead on arrival. For their troubles they earned the 8th pick in what was considered a largely middling draft, but at least they at no point had to delude themselves into believing it was necessary to sneak in to a wild card spot.

Goalies: One of the few bright spots for the Sabres last year was their exceptional goaltending between the odd couple tandem of very brief Hawk and seemingly right-minded individual Anders Nilsson and MAGA CHUD Robin Lehner. Lehner took the bulk of the starts with 58, while Nilsson received 23, and there was no dropoff between the two. Lehner sported a .920 overall save percentage and .926 at evens, while Nilsson was an excellent .923 and .934 respectively. Where Lehner was particularly exceptional was on the PK with an .891 save percentage, which shows just how badly the Sabres PK blew last year considering that it still only killed 77ish percent of tries against.

Nilsson parlayed his success with an opportunity to win the starting job in Vancouver against whatever is left of Jakob Markstrom, so it’s Lehner’s show going forward in front of career backup Chad Johnson who seems to alternate fantastic and terrible seasons. Lehner is still only 25 and has been well above league average  since arriving in Buffalo, but he’ll now have to replicate last season’s success, and he could very well be an established solid goaltender by the time the Sabres think that they matter again, even if he has the views of a troglodyte.

Forwards: Obviously this conversation begins and ends with Jack Eichel, who for being an afterthought since being the consolation prize in the Connor McDavid tank derby two years ago, basically put up a point a game in an injury shortened season. Eichel finished with 57 points in 61 games, which included 10 power play goals. Eichel is so important to what the Sabres are hoping to do long term that he basically got Disco Dan Bylsma fired, and now Phil Housely will get his first crack at a head gig in the NHL. Housley has put his time in as an assistant, and the hope is that now as a coach he won’t be a total enabler to members of his team struggling with addiction and recovery. It helps having Ryan O’Reilly on the roster to absorb the toughest competition the opposition has to offer, and if Eichel continues to develop, he could be running wild all over the 2nd and 3rd lines of the Eastern Conference in short order.

Evander Kane, despite proving himself to actually be the shitbag everyone thought he was  for valid reasons instead of the previously invalid ones finally put up 28 goals last year, but now going on 27 years old, that might just be his ceiling even if Eichel is finding his tape. Sam Reinhart had a bit of a breakout season with 47 points, and he’ll be counted on to take the next step too. Kyle Okposo is slated to return from his scary post-concussion symptoms that landed him in the ICU last year, but that just means he’s one bad hit away from landing back there. Okposo has always produced, but his physical game was always going to have a shelf life, and that may be cut even shorter with concussion concerns. Tyler Ennis got traded for Jason Pominville and no one in either Minnesota or Buffalo really seemed to notice. The Sabres are up on the other Nylander, Alex, and he could see time with the big club this year, but top pick Casey Mittlestadt is likely still a long way off.

Defense: Woof. Despite looking the part, getting paid the part, and piling up power play assists, there is a very real possibility that Rasmus Ristolainen might suck. While he’s only 22, has two straight 40+ point seasons on shitty teams, and is a monster at 6’6″, 205lbs, his underlying numbers have been horrible when having to face top competition. In the last three seasons, he’s posted possession rates of 41%, 45%, and most recently 43%. That has to get turned around if the Sabres are ever going to get out of rebuild mode, or else Rasmus might be the second straight gangly ass right handed defenseman they have been completely wrong about.

Zach Bogosian has long been the very poor man’s Brent Seabrook, but all that means these days is that he has even poorer personal hygiene habits. Josh Gorges can’t even move anymore at 33, and he was never that mobile in the first place. Getting Nathan Beaulieu from Montreal and Marco Scandella coming over in the Pominville deal from Minnesota may help a little in the puck movement department, but if Rasmus can’t stop getting his head caved in by the opposition, then what’s the point?

Outlook: While it’s easy to see how the Sabres are trying to build up front with some fairly decent early returns, this is still a team that isn’t bullshitting anyone right now with what they hope to accomplish this season, as a ton would have to go right for them to even sniff being in the playoff hunt. Unfortunately for them it will require Rasmus Ristolainen to become the ass kicker he was drafted to be, and there has been no indication at even strength to this point that he’s capable of that. If he continues at this rate, it could set the franchise back even further.

Stats courtesy of naturalstattrick.com and hockey-reference.com