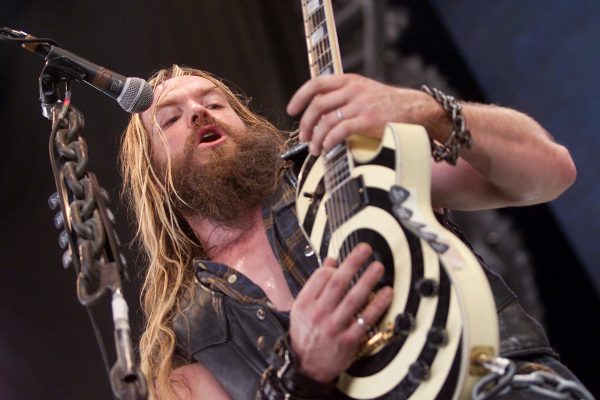 The Wild suck so hard that they’re the only team Bruce Boudreau hasn’t coached to a division title when he’s had a full season behind the bench. And really, if you don’t get that basically meaningless bauble out of our favorite Haagen-Dazs slathered bocce ball, then what’s the point at all? You’re still going to get a coach with both hands around his own throat in the playoffs but not to get to raise a silly banner aloft. Well, the Wild probably aren’t going to win the division this year, and they’re probably not going to get out of it in the playoffs. It’s almost if Brucey is now just in an abyss of meaninglessness. Which is how most people feel about the state of Minnesota.

Goalies: “When the sun comes up on a sleepy little town down around San Antone….”

It’ll be the Doobie Brother show again, What the hockey world thinks of Devan Dubnyk is pretty varied. He’s finished top five in the Vezina voting twice in the past three years, which is a little hard to deny. And he was the main reason that the Wild were flirting with the top of the division  most of the season. Yet it really hasn’t mattered all that much once the playoffs have come around. He’s taken the Wild past the first round once, where they were quickly swept by the Hawks in ’15.

Doobs faded badly last year, with a .889 SV% in March. He was actually decent enough in the playoffs, with a .925% but couldn’t match whatever the hell Jay Gallon was doing at the other end. Doobs is 31, so he shouldn’t be past it yet, but much like Bishop with nother team in the division a goalie this size having injury problems is never far away. After three seasons as the Wild starter, we can safely say that Dubnyk isn’t in the top echelon with Price, Holtby, and Bobrovsky but pretty solidly in the second class. However, that’s not going to be enough with what’s in front of him here in St. Paul.

Backing up this year is Alex Stalock after Darcy Kuemper was stuffed into a mailbox in a cardboard box marked “Anywhere.” Stalock’s last decent NHL experience was four years ago as a backup in San Jose. The two years after that in the Bay Area were pretty terrible, and last year he spent most of his time amongst the corn in Iowa. If fatigue was a problem for Dubnyk last year, it’s a real question if Stalock is going to be able to give him 20-25 games of relief. If not, the spring should be short again.

Defense: It feels like this has to be Matt Dumba’s time, or it’s never going to be, and the Wild need it to be. Ryan Suter is gonna be 33 during the season, and is most certainly in a decline phase. He’s still a top pairing guy here, but the Wild need to start to transition him to more the center fielder role and not the puck-mover one as the aircraft carrier load of minutes he’s played catch up. Dumba has the potential to be the best one they have by some distance. The peripherals haven’t showed that Dumba has been that dynamic guy yet, but it’s what he projects to be.

Jonas Brodin and Jared Spurgeon are the second pairing, if you can somehow fathom that A. Brodin hasn’t been traded yet and B. he’s just 24. Spurgeon was the Wild’s best puck-mover last year, and Brodin has always done fine work as just a solid, stay-at-home guy. Now that Marco Scandella was punted off to Buffalo with Jason Pominville, one of these two is going to have to pick up more slack if Dumba doesn’t.

The third pairing looks to be Gustav Olofsson and Kyle Quincey, who’s just behind Brendan Smith as maybe the worst player in the league. Kid Carson Soucy could make some appearances as well. If Dumba can make a leap, it’s a pretty solid blue line. If it has to count on Suter playing 30 minutes a night again, it won’t be.

Forwards: It’s the group just good enough to break your heart, just as it’s always been. Mikko Koivu and Eric Staal will still patrol the first two center spots in between reruns of Matlock. Apparently Mikael Granlund is permanently a wing now, even given the combined age of the centers just mentioned of 874. Jason Zucker would be an awesome third line winger on a really good team. He might be first line here. Zach Parise is now 33, and watched his games played and goals decline for the third straight year last year. Small-ish wingers who play games much bigger than their size don’t tend to age all that well. Nino Neiderreiter will continue to be an analytic darling that the Wild organization and fans don’t appreciate.

Luke Kunin has turned some heads in camp, even though he’s just 19, and could make the Wild’s bottom six more solid than it already is. Charlie Coyle is never going to turn into Rick Nash, or even a homeless Rick Nash, even though it appears all the tools are there. Either Kunin or Eriksson Ek will center him on the third line. The more-useless Foligno will round that out. Matt Cullen came home to watch Matlock with Koivu and Staal, and noted dummy Chris Stewart will still do whatever it is that people think he does on the 4th line. Tyler Ennis came back for Scandella and Pominville, and he can play all over the lineup and probably will. Again, 1-12 it’s solid, it just lacks any star power at this point.

Outlook: The Wild aren’t going to lead the league in shooting percentage again, you’d think. While they did pull off being a so-so possession team simultaneously being a really good scoring chance team, it’s questionable if they can do that again. If Dumba can drive play the way he’s always projected to, and Spurgeon does as he really always has, and Doobs doesn’t fall apart, with Boudreau’s “Go Get ‘Em, Scouts!” ways the Wild can probably circle around 100 points again and be in the playoff race. Still, it feels like they’re trying to do what Nashville does with worse players but a better goalie.