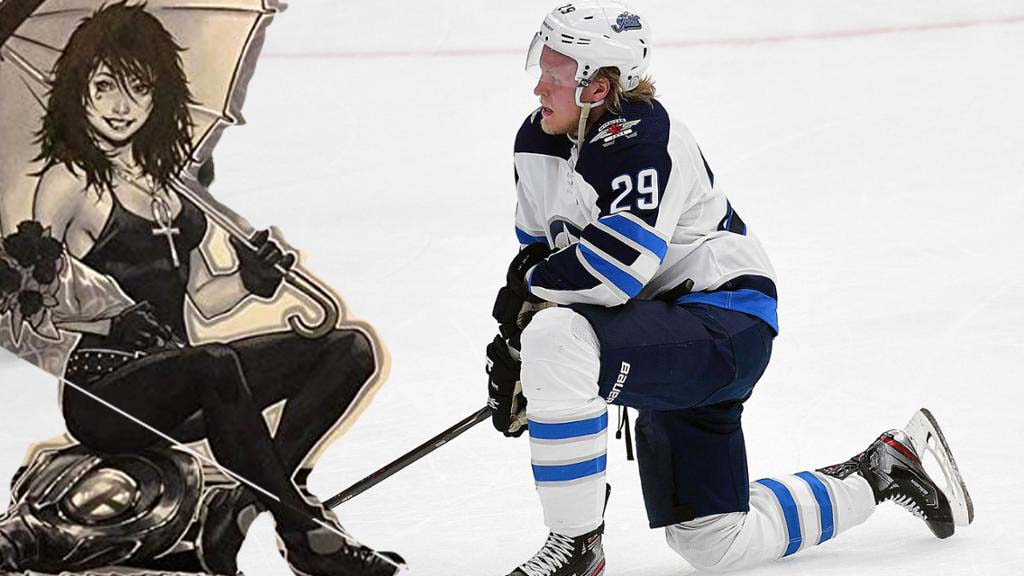 If hockey ever had its own version of Livia’s Soprano’s funeral, this would be it. Here was an utterly miserable team that made everyone around it utterly miserable, maybe even tried to kill a few of them, so how can anyone be upset they’re gone? It’s what they wanted, it’s what we wanted, and even if it came at the hands of the Blues, pretty much everyone is in agreement this was best for everyone involved. No one’s even pretending anymore.

It’s why the Jets were so miserable that makes for interesting debate. The easy out is to pin the blame on Paul Maurice, who seems to tout that he was the NHL’s youngest coach as Mr. Fuji’s salt to throw in the eyes of NHL GMs to blind them to the fact that he’s been an utter moron for a decade or more. Maurice got the Hurricanes to two conference final appearances and a Final appearance, and since then all he has to show for his work is Winnipeg’s two series wins last year. The Jets remain one of the dumber and more penalized teams in the league, even though their PK often looked like a set of beached sea lions near a fish trap. His only ploy when things weren’t working has been “MOAR HITZ”despite having maybe the most skilled set of forwards in the league.

Maurice also reportedly made his players hate life, though admittedly this is not a hard thing to do in Manitoba. Mark Scheifele and Blay Kweeler were allowed to do whatever they wanted, while everyone else got shifted up and down the lineup. Then again, they were the only ones to actually produce all season, so if Patrik Laine wants to bitch he could actually, oh I don’t know, MOVE.

This was a team that claimed missing Dustin Byfuglien for half the season harmed its defense irreparably, even though Buff has all the interest in playing defense of those aforementioned sea lions. And both scenes look strikingly similar. And the Jets were so convinced of this they actually made it true, such was Jacob Trouba’s determination to get out of town he’ll drive his value and salary to Trevor van Riemsdyk levels.

The Jets were actively trying to get Paul Maurice fired since November, when they stopped playing defense altogether, but their collection of talent and the inattentiveness of GM Kevin ShovelDayOff prevented them from doing so midseason. ShovelDayOff’s answer was to acquire Captain Stairwell Kevin Hayes, who was desperate to bolt New York. Did anyone think he would invest in Winnipeg after that? His five-year deal in Florida or Los Angeles, after begging unsuccessfully for the Bruins to sign him so he can go back to throwing up on BU freshmen at Fuller’s, is almost preordained at this point.

But it has to be more than the coach, right? This team that was about as electric as could be last year doesn’t just simply turn into the Wild simply because of one overbearing, overmatched coach. There has to be something else. And it’s probably living in Winnipeg. Patrik Laine might have torpedoed his own value simply because the thought of committing to a frozen bomb shelter for his 20s was so depressing he’s going to be showing up in Robert Smith eyeliner to training camp. It clearly has killed the will and zest of Nikolaj Ehlers, who was hastily trying to rearrange his nameplate to “Ennui” since Christmas.

And much like other teams that have already bitten it, this is the team they’re going to have. Laine and Connor are going to eat up most of the space they have, even if they try and commute from Duluth or anywhere that doesn’t pull their soul out through their nose. Letting Trouba and Myers walk might allow them to reconstruct a defense that’s been playing with things they found at an empty construction site all season, but ShovelDayOff is the same GM who brought in Kulkov and Myers and other fuckwits that got them here in the first place. And Byfuglien will be 35, so his lazy jaunts back into his own zone five seconds late will just become lazy jaunts back into the neutral zone that are five seconds late. But hey, we’ll always have that time he slew-footed Chris Pronger with the Hawks up four in Game 5 that gave every Grabowksi and white-hat in Chicago an erection they hadn’t seen in years.

It’s not just their season we don’t mourn the loss of. It’s their time in the spotlight. There was only ever going to be a short shelf life on Winnipeg itself not smothering the life out of a possibly-great team. You can’t drive to another town to use their airport every few days before you just can’t anymore. And so it seems to be with the Jets. Five years from now they’ll be planing their move to Portland.