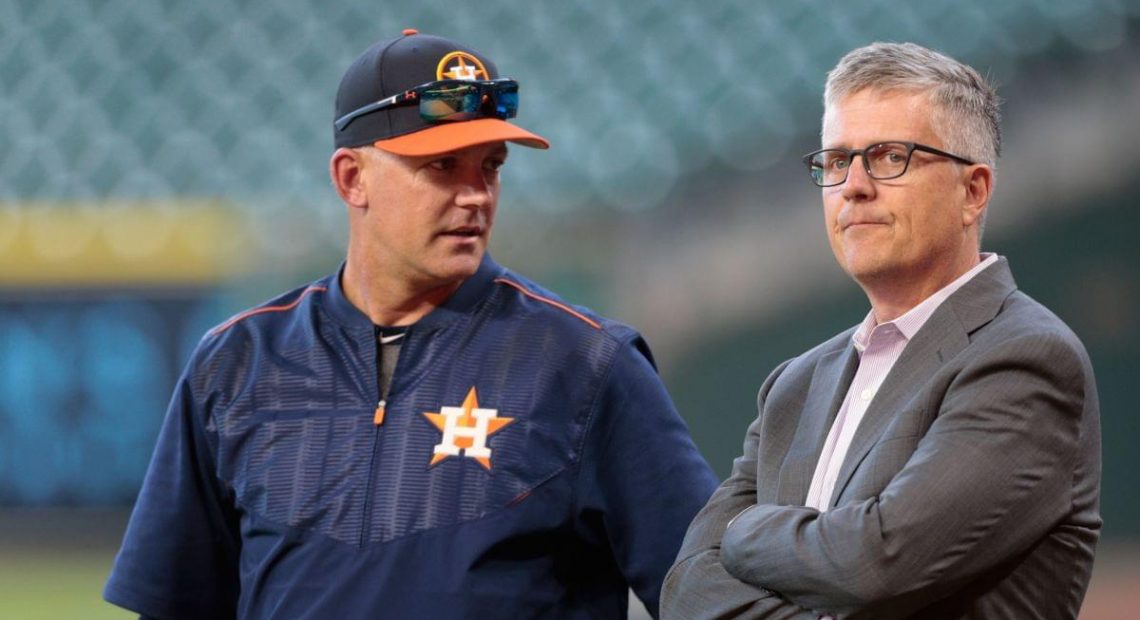 I’m hardly the first or only to point this out about Cheating Scandal ’20, but it’s hard to get past the fact that no players were suspended as a result. Which makes you wonder just how much the actual players care about this sort of thing.

Yes, there are complication with the MLBPA that suspending players would come with that punting a manager and a GM don’t have. It would also have made things very awkward for at least half the Astros to be missing for a month, as well as suspending players now on other teams. It probably should have happened anyway, but I can at least see where Rob Manfred didn’t want to step into that muck.

Still, I can’t help but wonder if given the chance to do so off the record, wouldn’t players point out the following: every game, they get thorough and massive reports about what pitchers like to throw and when. About how much those pitches move both with runners on base and not. What they do various trips through a lineup. What he might do with his glove before throwing a break pitch. And that if you pick up the signs from the catcher from second base and relay that to the hitter, that’s considered the fault of the pitcher and catcher. There are 20 pairs of eyes at least in every dugout looking for tips to pitches from either the catcher or pitcher. Basically, hitters are prepped to suspect what might be coming every pitch in just about every way.

So how much farther is it to what the Astros, Red Sox, and I’m sure we’ll find out other teams, did? If everything else is right up to the line, is this so far out over the horizon? Or is it a mere few steps onto the other side?

Because if the players themselves thought this was such a huge violation of things, you’d have to believe at least one clubhouse leader–say an Altuve or Correa or Verlander or the like–would have put a stop to it. We know Hinch made some half-assed efforts to do so, and they were pretty much rebuffed. Clearly the Astros players either never thought they’d get caught, or they didn’t think it was such a big deal if they did. At least Tom Brady had the awareness to bust up a phone, and that was just over footballs.

And I’m sure what the players would tell you, at least the hitters, is that there are just as many reports and scouts on them, nailing down what they can and can’t hit and where they can and can’t get to and the defense is allowed to line up seven guys in accordance with all of that while they’re trying to hit a small rock hurled at them at 97 MPH. Perhaps it’s not such a great imbalance of knowledge?

The argument is of course that the Astros and Red Sox must’ve gleaned a huge advantage from it because they won two of the last three World Series. Except that’s going to go away when we find out just how many other teams had their own scheme in place. And also, what the hell happened to the Red Sox last year, then? I would still bet their success was more predicated on having more good players.

Not that this should have been swept under the rug or not even addressed, because clearly it’s a violation of rules. And perhaps you could solve a good portion of this by getting rid of the still idiotic challenge system of replay so that dugouts wouldn’t even have monitors anywhere near them. You’ll always have video rooms because hitters check that mid-game, but you could easily run those on delay for that purpose. It wouldn’t solve all, but it would solve some. Sure, VAR in England has shown us the problems with a non-challenge system, but baseball is different than everything and I will always be convinced that a fifth ump in the pressbox with radio communication to the other four umps could solve close calls in less than 30 seconds.

At the end of the day, I don’t see Correa or Altuve or Springer or Bregman hitting .228 next year.

In his letter, Manfred made comment how the Astros had made everything about winning at all costs, and results were all that mattered. Yeah, and? That’s the idea of every sports organization, or so I thought. There is something even more soulless about how the Astros went about things, going through their Taubman/Osuna grossness and their streamlining of their scouting department, and we could keep doing. I suppose there’s a part of all of us that’s the “Can’t we do better?” question when it comes to how much winning means and what we’re willing to put up with to see our team do so.

Again, haven’t the Patriots answered all of this?

It really feels like the Astros and Red Sox tried something, they got caught, and they’ll get punishments that might or might not affect them on the field. And maybe other teams will either be found out or stop doing whatever they were doing for fear of getting thwacked themselves. And then some other team will come up with something new. Others will follow. Cycle probably repeats itself.