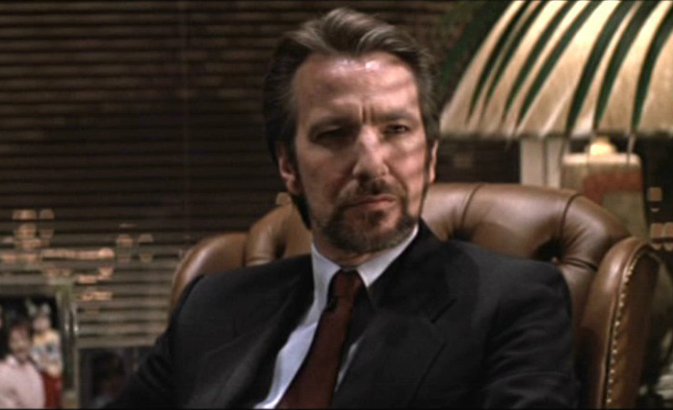 Taking a small break from the impending doom of the Hawks Cap-acolypse or whatever we’re calling it these days to stare in shock and horror at some of the decisions that are coming from the NHL this week. And it’s not just from the BOG (a more perfect acronym it could not be), but even the players themselves.

First up, the NHLPA’s decision to push for total 3-on-3 OT instead of the scaled model the AHL used last year which was split between 4-on-4 and 3-on-3. 3-on-3 OT is only slightly less of a gimmick than the shootout. And the difference wouldn’t be enough to get a couple sheets of paper through. Sure, there’s actual passing and maybe defending (though how much?) which I guess makes it better than the shootout. But that’s not hockey. It’s artificial excitement. At least 4-on-4 happens in the context of a game rather often, so it’s not foreign. When do you ever see 3-on-3? And again, they will be deciding playoff spots on this dumbassery.

The GMs relented, because they abhor the shootout so much. You can see why GMs are the most vocal, because their work in constructing teams is for 5-on-5 play basically, and they can lose playoff spots and their jobs based on the results of a coin toss that is the shootout. So they’ll take anything that will reduce that influence. But I doubt they’re going to like how game decided by 3-on-3 play that much better. You’re essentially going to have games decided on who can convert their 2-on-1s or breakaways first. And isn’t that just basically the shootout plus?

If GMs and players don’t like their fates in a game and season balancing on the shootout, here’s an idea…. get rid of the fucking thing! I seriously doubt any serious hockey fan would miss it, and I seriously doubt its existence is the only thing keeping casual fans around. If your game depends on a gimmick to get more people watching than there’s something fundamentally wrong with your game.

The players were worried about wear and tear an extra two minutes of OT would provide, which of course didn’t stop them from sanctioning a preseason international tournament next year, wetting themselves over the Olympics, or not even hinting at shortening the season so the last two teams playing in the Final don’t resemble Shaun Of The Dead like their NBA counterparts have talked openly about.

However, I’ll die hoarse and bitter if I keep screaming for the shootout to be eliminated (though I bet the day Montreal or Toronto get bounced from the playoffs in a shootout on the last day of the season or something and this discussion will get serious), because we know it’s not going anywhere. The 3-points-for-a-regulation-win system has been the obvious answer for years, and it’s another one the NHL will never take as it will interrupt it’s faked parity. Bad teams won’t be able to hang around under that system, but it would certainly motivate coaches to get things done in 60 minutes. It makes all the sense in the world, which is why you’ll never see it.

Ah, but hockey is never done hockeying. While they won’t come out and say it, this week leading up to the Awards in Vegas was the perfect time to prepare the ground for expansion into Vegas. I don’t know if Vegas works as a market. I tend to think it probably will, as warm weather cities that don’t have to compete with the NBA in their markets have generally done ok (Nashville, Tampa, San Jose. Not sure Raleigh counts considering how important college basketball is there, which is probably Reason 1 to lose North Carolina from the Union) whereas those that do haven’t (Arizona, Florida, Dallas at times).

But what I do know is that a league that has spent years decrying its lack of scoring and excitement (and they’re not always the same thing, which is why the scoring argument is a load of shit to me) probably should’t be diluting its talent pool when it doesn’t have to. It also probably shouldn’t be looking to expand into new markets when it has old ones on its hands that are calling for the hospital chaplain (aforementioned Arizona and Florida).

Again, we know why this is happening. The owners aren’t going to turn down $500 mildo per expansion team that they don’t have to share with the players. The players aren’t going to turn down 23 new jobs, as well as a successful new franchise probably pushing the cap in the future (not to mention the scheduled trips to Vegas. What would a Vegas team’s home record be? 39-2?). Everyone wins, except the fans having to watch some palooka on their 3rd line who should be in the AHL and more and more teams trying to trap because they didn’t have the talent to skate with others. Didn’t we learn?

Ah, learning. Not something they do around these parts, is it?