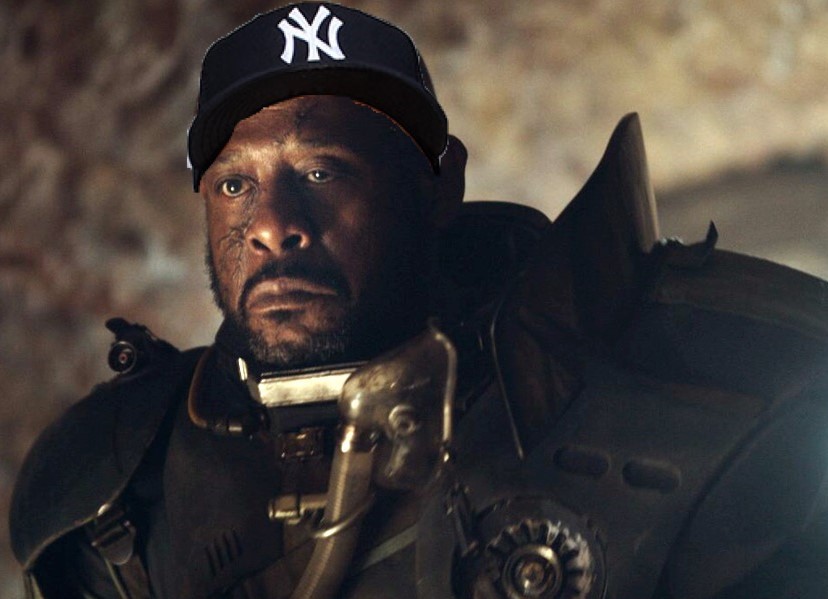 Just gonna get this out of the way right at the front.  I like CC Sabathia, always have.  When he came up with the Indians back in 2001, I loved the way he pitched.  He just didn’t give a shit.  Walked out to the mound with his jersey 12% tucked in, hat askew, and just threw smoke.  This was back when the Sox teams were nothing to sneeze at, too.  Frank Thomas, Jermaine Dye, Jim Thome.  It didn’t matter who was up there, he just toed the rubber and THREW.  Much like Johan Santana with the Twins back then, you couldn’t help be impressed.  Those opening years his ERA was always hovering right around 4ish, but you never seemed to notice because the Indians rosters back then were hilariously loaded.  Shit, Cliff Lee had a 5.53 ERA in 2004 and STILL won 14 games.  CC was different, however.  You could always just see that this dude was destined for something greater than the Mistake By The Lake.

As his career moved on, this became clear.  The last 3 years in Cleveland you could see the switch flip.  He became a pure workhorse, winning 48 games between 2006-08, and going the distance in 20(!!!) of them.  His ERA went down almost a full point by the time he was traded to the Brewers at the deadline in 2008, and he tried his damnedest to drag Milwaukee to the promised land (nope).  After that, it was time for him to get paid, and that’s exactly what happened.  The Evil Empire signed him to a 7 year deal worth $161 million, the largest ever given to a pitcher at the time.  He responded by winning 19 games that season with a 3.30 ERA and helped the Yank to their first World Series trophy in almost a decade.

Usually when a player, especially a pitcher, signs a wacky deal like the one CC signed, the odds of him finishing that contract with the same team are pretty damn low.  Not only did Sabathia finish that contract, but signed two extensions after it.  During the 2013-15 seasons, injuries began to plague the big man.  This really isn’t a surprise when you look at the innings he pitched up until this point.  He battled through them and came back healthy in 2017, in which he had something of a renaissance.  He started 26 games that year, racked up 14 wins and 150 innings.  The Yankees believed (rightly so) that proper management of his innings, combined with the introduction of a cutter to his repertoire after years of a mostly fastball/slider 1-2 punch would extend his shelf life. It worked, as the now 39 year old CC is one of only 7 other pitchers to ever win 100 games with two different teams.  He missed some time at the beginning of this season, mostly because doctors were putting a stent into his heart, but he still made it back in time to beat the Sox in April.

As his career winds down to a close, all you have to do is  look at his career statistics and you’ll see a six time all star, and a first ballot hall of famer.  He’s won 248 games and counting, struck out over 3,000 batters in 3450 innings, and won the AL Cy Young in 2007.  He won a world series in 2009, and been nothing but classy his entire career.  There’s really nothing else for him to do, except retire on his own terms, which I have the utmost respect for him doing.  Despite him playing exclusively for teams that I despise, I’ll truly miss seeing him pitch.  Just not when he was pitching against the Sox.