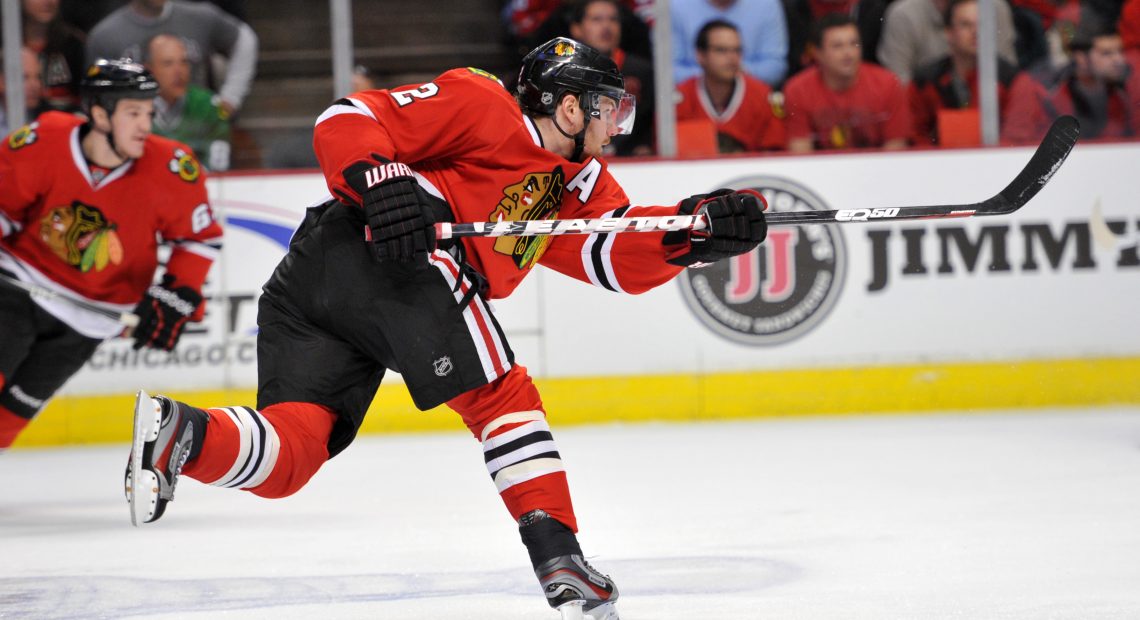 Moving on from the spotty goaltending, we now meander into the real minefield, the Blackhawks’ special teams. Feel free to interpret the word “special” however you deem fit. In a shortened season with minimal lead in time, special teams figure to loom large over every team’s proceedings, and the Hawks will be no exception. So shield your eyes, and let us gaze at the macabre.

At Joel Quenneville’s press conference when he was hired, he plainly stated that the Hawks’ power play would be their enforcer. Not only has that statement been flat out untrue as evidenced by the continued presence of the likes of Matt Walker, John Scott, and Brandon Bollig on gameday rosters throughout his tenure, but the actual execution of the power play has only served to enforce that Quenneville and his deputies don’t know their ass from a hole in the ground.

To have the kind of talent the Hawks have and to post those types of numbers on the advantage is unacceptable by any standard, and if the unit fails to hum in this shortened campaign in the same way it failed to do so last year, it could very well cost Quenneville his job. Last year, the Hawks took the second fewest penalties in the league, and had the second largest differential in power play chances versus penalty kill chances, so those opportunities have to matter. And they will be magnified in this 48 game sprint.

To rectify this problem, Q has enlisted the help of another one of his butt puppets from his days in St. Louis, Jamie Kompon, who steered the equally rudderless and underachieving King’s power play unit, to the dismay of exactly no Kings fans. There have been personnel changes on the ice as well, with reports coming out that both Andrew Shaw and Viktor Stalberg will see time on the power play, both as net front presences. While that’s all well and good, that would seem to indicate that the scheme of the units will remain the same, in an umbrella configuration with a single defenseman at the point, where the Hawks have only one person both capable and willing to get a shot through. That is, of course, assuming they can enter the zone properly on the first or second or third try.

A complete overhaul of scheme and personnel is needed, preferably with Toews, Kane, and Sharp up front and Seabrook and Leddy at the points on the first unit, and running a modified overload scheme, with the entire play running through Kane at the right half wall. But rather than have Patrick Sharp wait for a backdoor pass that everyone knows is coming, have him float in the high slot near the top of the rings, which opens up more options for having a defenseman over-commit in one direction while a two-man isolation game is worked, or allows for a double-screen on any point shot coming through. It’s the same system that Vancouver runs and places themselves at that top of the power play statistics perennially with equivalent talent. If nothing else, a change would be worth a try rather than doubling down on what hasn’t worked, but that would make too much sense, wouldn’t it?

The hits keep coming, don’t they?

The penalty kill was equally terrible last season, thanks in no small part to Corey Crawford’s constant struggles with either being too aggressive or too deep in his net. Exacerbating that aspect is the Hawks’ continued insistence on rolling out a red carpet for opposing forwards to park their asses at the top of Crawford’s crease unmolested. The thought process had been that the Hawks’ blue line simply lacked the physicality aside from Brent Seabrook to make those forwards pay, but with the additions of Michal Rozsival and Sheldon Brookbank, that shouldn’t be the case this year. Additionally, forwards were far too passive at their points, rarely sprinting out to force opposing point men to make a hasty decision, despite having the speed up and down the unit to do so.

Of the two special teams, the power play is clearly the more important unit in this shortened year, as it will not lack for opportuntities. Under Quenneville’s tenure the Hawks have routinely been near the top of the league in their special teams chance differentials. What was not routine was being underwater in the differentials in actual conversions as the Hawks were ((42PPGF -3SHGA)-(51 PPGA -7SHG))= -5. That’s the difference between having home ice advantage and not having it, which we’ve seen doesn’t end well for the Hawks recently, and could ultimately be this coaching staff’s undoing.