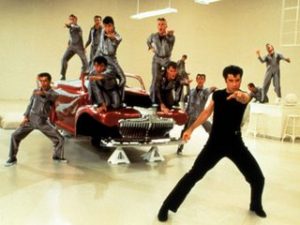 For the Lightning, they’ve slipped into third place in the division, but obviously remain completely entrenched in the upper strata of the central division. There’s still an outside shot they could win the division given that they have more regulation wins than either Florida or Carolina, and they have games in hand on Florida. Winning the division would likely only serve as a bonus to the somewhat depleted Lightning, especially given that the first round matchup is going to be a favorable one against either Nashville or Dallas, but home ice in the first round isn’t a bad consolation prize given the shortest break after their Cup win and who they’re missing presently.

That list still includes Nikita Kucherov, who by all accounts is still on schedule to be ready when the playoffs start. They’ve also been missing Steven Stamkos since April 1st with a lower body injury, and he is set to resume skating within the next day or two. They’ve gone 7-5 without both of them, which is about as good as can be expected given all the other circumstances, but that’s also allowed the Canes and Cats to sneak by them in the standings. It hasn’t helped that the Bolts have thrown in some real turds in that span either, losing at home to the Wings and at Columbus on back to back games.

Speaking of the Jackets, their big deadline acquisition, whom they gave up a first round pick for, David Savard, has been playing primarily with Ryan McDonagh to this point, and the two of them only have a 47 share of shot attempts while starting over half the time in the offensive zone. For two players who are supposed to have shutdown reputations, those numbers are ass-over-applecart, and both of them have far better numbers away from one another in Tampa. Jon Cooper might want to rethink this pairing in his free time when he’s not doing research on different flavors of water soluble lubricants. Up top Victor Hedman is still doing Victor Hedman things, being at or near the top of the leaderboard for defenseman scoring, including his instantaneous OT winner on Sunday, or just generally playing in every situation and exceling greatly. He’ll assuredly be a Norris finalist again and has a good shot at winning his second, and has most recently and frequently been paired with Erik Cernak, for whom it’s debatable if the Bolts will still be seeking revenge. Mikhail Sergachev being able to bum slay from the third pairing doesn’t seem fair, but the consolation is that he has to drag Luke Schenn’s ass around for the time being, so that balances things out a little.

Up front, Brayden Point has predictably done all he can to keep giving this team as much scoring as possible with their scoring-title caliber players on the shelf, and having Ondrej Palat as a wing to shore things up positionally and pot more than the occasional goal certainly helps. It’s an ideal spot to try Alex Barre-Boule, a long time Bolts farmhand that’s scored at literally every level he’s played at, and just grabbed his first in The Show on Sunday, albeit on into a yawning cage after Joonas Korpisalo’s innards ruptured or something. Down the lineup the faces are familiar, with Alex Killorn annoyingly giving Tampa 20 goals and Anthony Cirelli developing into a formidable two way center, and Tyler Johnson somehow becoming an afterthought despite being a key contributor in two Final runs for this team. Yanni Gourde, Blake Coleman, and Barclay Goodrow form one of the most annoying and fastest bottom six units in the league, and Mathieu Joseph has more speed from the fourth line than most teams can handle, even if Pat Marroon is still out there on his rollerblades shoving another St. Paul Sandwich in his giant face. Andrei Vasilevskiy figures to be in the cage, and he’s totally fallen off a cliff to a .939 at evens and a .928 overall from earlier in the season.

As for the Men of Four Feathers, Kevin Lankinen is getting his cage back tonight after being yanked for the Preds series, which likely did negligible amounts of good for anyone involved. It will be interesting to see how he responds to a quasi-benching, particularly against a team that still has plenty of firepower even as presently constituted, and plenty to play for, whereas the Hawks mostly don’t. Also filed under the category of “A Day Late And A Dollar Short”, Coach Kelvin Gemstone has NOW decided to put Dylan Strome back into the lineup at his natural center position now that the season is hanging on a rumor of a thread. As for the rest of the lineup, Jeremy Prize Jr. has intellectual property he’s not going to loosen the restrictions on, so no one gets to find any of that out until game time.

To this point, the Lightning have taken 13 of a possible 14 points from the Hawks, which gives them the opportunity to be the SECOND team in this division to have a cool .9375 points percentage against this bumbling administration. Though in this case it’s certainly a bit more forgivable than the Preds, as even without Kucherov and Stamkos, the Hawks are hopelessly outgunned here. As is always the case, because there is literally no other plan coming from behind the bench, the Hawks will need an aces performance from Lankinen and to win the special teams battle decisively in order to even get this to a coinflip. But with a defending champ in the building with the opportunity to punch a ticket themselves and also essentially close out an opponent, that’s likely not a wise bet. Remember what that was like? Let’s go Hawks.