Once More Unto The Breach – Over The Mountain 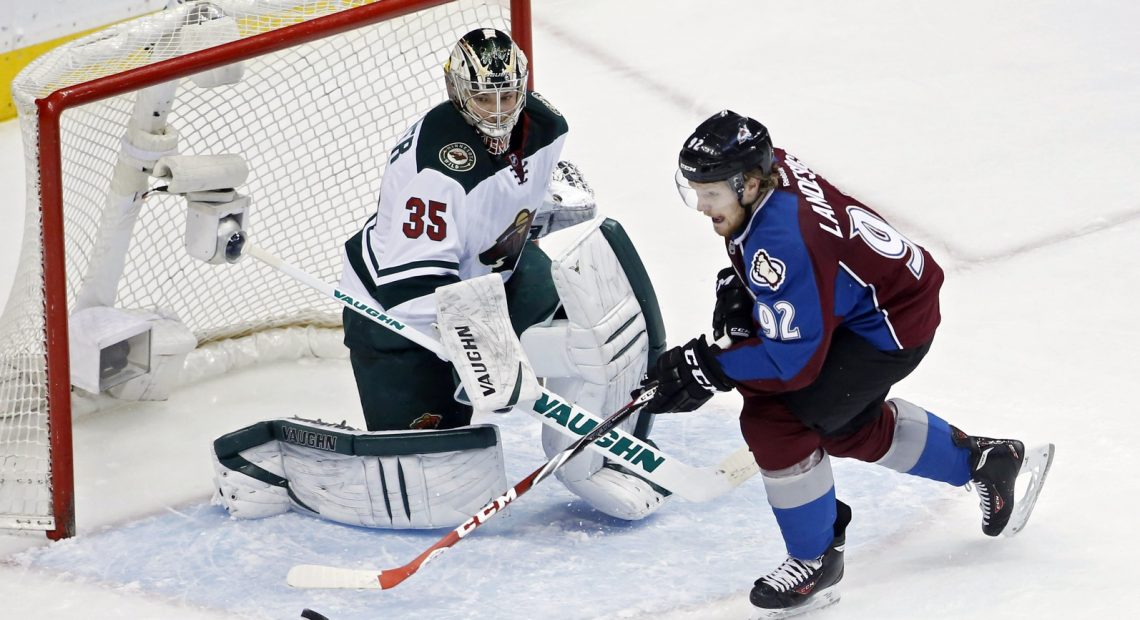 Anyone who expected the Avalanche to win the inaugural season of the newly aligned Central Division at this time last year is a damned dirty liar. Yet the Avs bested both the Hawks and Blues down the stretch only to be hilariously eliminated in the first round, in overtime of game 7 at home versus the Wild. Again.

Now the Avs will look to build on the success of last year with their young core despite losing their most defensively responsible center within the division, being on the ass-end of what is bound to be a hellacious numeric regression, and being run by two morons, one of whom is an ill-tempered dickwad behind the bench.

Forwards – Undeniably the strength of the Avalanche, their young group is the envy of much of the league. Not many teams can lose Paul Stastny within the division and still be able to boast centers of Matt Duchene, Nathan MacKinnon, and Ryan O’Reilly down the middle. Though, because Patrick Roy is a complete imbecile, he will likely continue to skate ROR on a wing and thus weaken his depth down the middle. And this is even before getting to young captain Gabriel Landeskog on the wing, who has already established himself as a nightmare for the Hawks. The Avs signed an aging Jarome Iginla who proved he could still shoot and score for the Bruins last year, albeit from a mostly stationary position. Giving him 3 years at age 37, however probably isn’t the brightest move from GM Joe Sakic. Nor is trading the extremely useful (if brittle) PA Parenteau for the corpse of Danny Briere, a contract which the Habs were mercifully let out of due to Sakic and Roy’s delusions that it’s still 2007.

Defensemen – This is where things start to get downright gross for the Avalanche. Their top pairing (a term used very loosely) of Jan Hejda and Erik Johnson was underwater in the fancy stats battle most of the season last year, which led the Avs to follow suit as a whole. Roy and Sakic’s solution? Trade for Brad Stuart and then give him two more years worth of contract on top of his remaining year under contract, along with a full no-trade clause, with Stuart turing 35 next month, and turning bad at hockey 4 years ago.  Tyson Barrie was able to be retained for a bridge deal which probably won’t bite the Avs in the dick as hard as the Habs got bit by giving similar paper to P.K. Subban last go-around. But given the high tempo the Avs play, the potential for Barrie to rack up stats is there, and the Avs have an internal budget and have already spent money pretty stupidly on bad veterans. Not to mention that Barrie, while fun pointing at the other team’s net, is an adventure and undersized in his own zone, both common traits among the rest of the Avs’ blue line.

Goaltending – This asshole again. Semyon Varlamov finished 2nd in Vezina voting, and deservedly so. He arguably had a case for Hart Trophy votes as well, considering that his .927 save percentage last year was more important to his team’s success than just about any other player in the league considering the amount of shots they took on thanks to Patrick Roy’s lack of a defensive…anything. That doesn’t change the fact that he is an organizationally and nationally enabled scumbag woman beater (“innocent until proven guilty” my ass) worthy of the outrage that Ray Rice has received and then some. I personally cannot wait for him to fail, and actually wish bodily, career-ending harm on him in some capacity. Varlamov’s .927 last year was far and away his best save percentage over the course of a full season as a starter, though he did have a .924 in 2010-2011 while only appearing in 27 games. The commonalities there? Both of them were contract years. Now that Varlamov is paid, and for a long time at $5.9 over 5 years, look for those numbers to come back to earth, echoing the career cycle of fellow Russian goaltender and vodka-chugging dickhead, Nikolai Khabibulin. The only hope is that Varlamov also eventually ends up in jail just as Khabibulin did, and that his career ends with just as little dignity as well.

Overall, this is still a team that will be scary as hell for the Hawks to deal with as they might actually boast more speed in the forward corps overall now that their crop of youngeters is maturing as the likes of Sharp and Hossa round the bend into their mid 30s. But this year it probably won’t be enough to win the division in spite of their more than suspect blue line and their coach’s general idiocy, which will more than likely include some manner of public eruption, as has been predicted elsewhere. And if Russian Ike Turner literally cannot perform at a hall-of-fame level, then the numbers will catch up with the Avalanche even in spite of their attempts to outskate them.