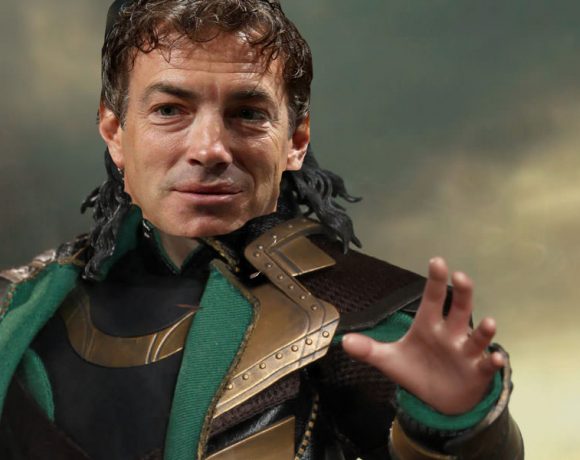 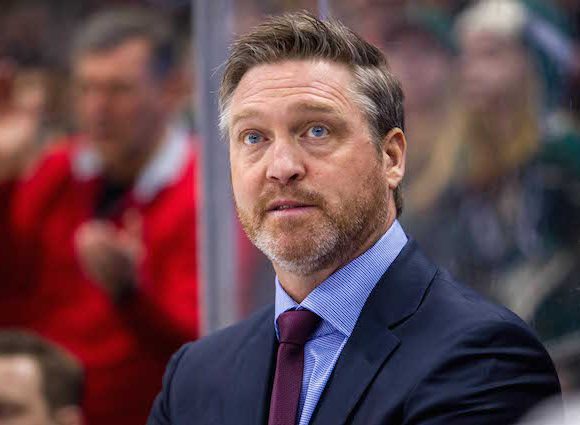 Well, this isn’t good news for the Central Division.

Today Patrick Roy, the anchor that had been holding out, when not outright destroying, at least a decently talented Avalanche squad, resigned as coach as half-GM or whatever it was they labeled him. I’d like to think he lost a power struggle with Joe Sakic, mostly because Sakic might have one clue where St. Patrick didn’t have any.

What this means for this year of course hinges on who the Avs hire and what he does. The Avs aren’t loaded or anything, but this isn’t a completely helpless roster either. It comes with pretty good center depth if Matt Duchene is moved back to center, which he obviously should be. MacKinnon-Dutch-Soderberg-Grigorenko is not the worst start.

Yes, we made the mistake of letting Anthrax out of his cage. It happens from time to time. Ryan was kind enough to share a space with Thrax, which is more than 99% of the populace is willing to do. From tomorrow night’s program:

Since the Avs shutout the Hawks here last time, they’ve gone 5-2-1 which means they’re 10-4-1 since December 1st. Is this real or just a spike of good fortune?

Murphy: This is real. Despite their defensive shortcomings (especially with Erik Johnson out a couple of weeks), the Avalanche were never as bad as they were in November when they were trying to integrate a big chunk of new players onto the roster and losing an improbable amount of close games. Carl Soderberg, Blake Comeau, Francois Beauchemin, and Andreas Martinsen are now making important contributions on a nightly basis and have added a supplementary presence the core group badly needed. What we’ve seen since December is a market correction. Many of us predicted a borderline playoff team at the beginning of the year, and that’s right where they are now 41 games in.

Anthrax: When I was in high school, I got a puppy. Cutest little guy in the world, sweet face, big brown eyes. Problem with this dog was, he was impossible to train. Deuces dropped all over the house, pissing in the corner of the living room, it was awful. Then, finally, one day, it’s like something clicked! The dog is waiting by the door to go outside, I let him out, he goes out and drops corona-corona in the yard, like a Good Boy. I was thrilled! The next day, I woke up, and I couldn’t find my car keys. Do you see where this is going? The dog ate my car keys. Surgery for the dog, the dumbass.

Are the Avs gonna eat my car keys? Probably. I’m gullible though, so I have hope.

You Made Your Bed And Now You’re Lying In It: Hawks at Avalanche Preview/Pregame Thread/Vomitorium 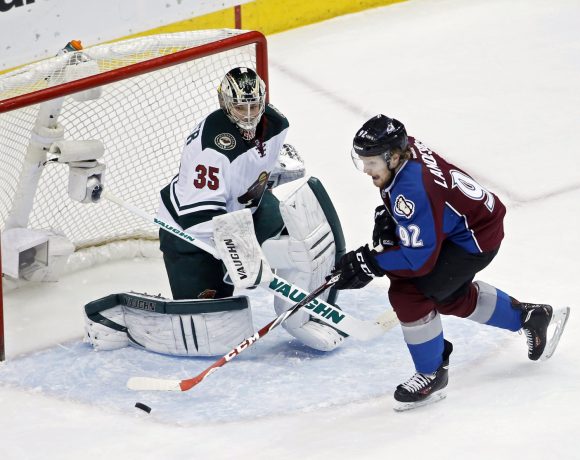 Once More Unto The Breach – Over The Mountain

Anyone who expected the Avalanche to win the inaugural season of the newly aligned Central Division at this time last year is a damned dirty liar. Yet the Avs bested both the Hawks and Blues down the stretch only to be hilariously eliminated in the first round, in overtime of game 7 at home versus the Wild. Again.

Now the Avs will look to build on the success of last year with their young core despite losing their most defensively responsible center within the division, being on the ass-end of what is bound to be a hellacious numeric regression, and being run by two morons, one of whom is an ill-tempered dickwad behind the bench.

As the hockey world anxiously awaits tomorrow afternoon’s trade deadline even amidst the flurry of activity this afternoon (particularly in Anaheim), there still remain games to be played tonight. One of which will be the first time the Hawks will be indoors on West Madison in over a month to take on the ever irritating Avalanche.

After their Stanley Cup win in Game 25 of last year, it was hard to imagine the Colorado Avalanche as getting any more irritating. Fortunately, they’ve gone and exceeded basically everyone’s expectations, as has been wonderfully articulated by the Fifth Feather on this site. But far be it from me to miss an opportunity to pile on.