Once More Unto The Breach – The $2.2 Million Dollar Question 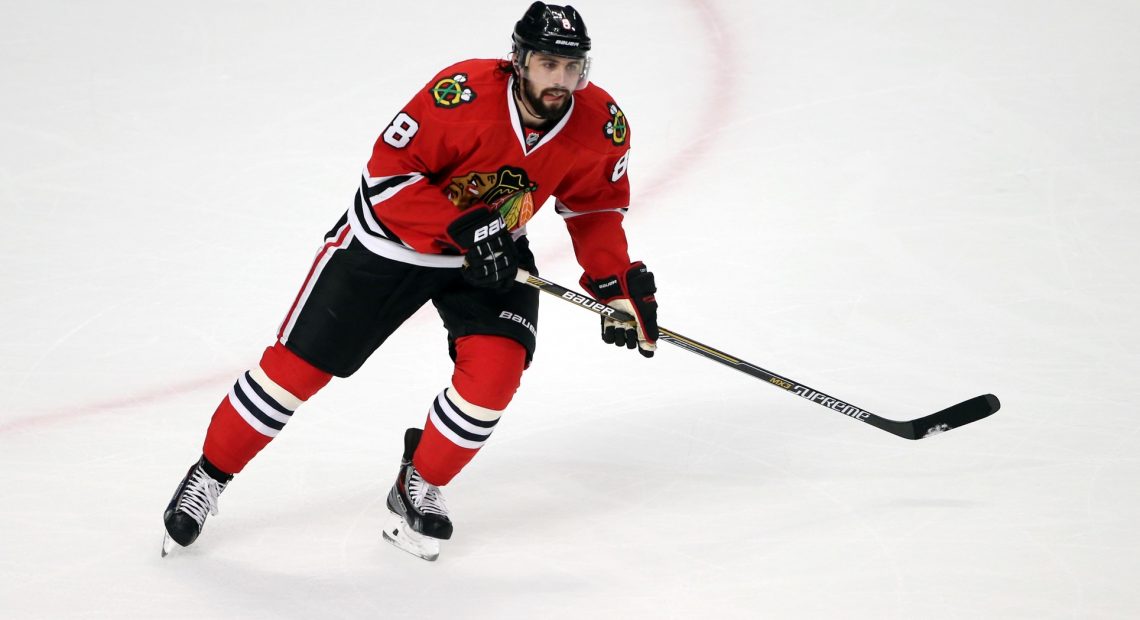 With camp breaking in South Bend, home of football integrity, later on this week, the sword of the salary cap still dangles over the Hawks roster. And with every passing moment the tension mounts regarding who gets launched.

Eariler today, the usually unimpeachable Elliotte Friedman floated the idea that the Hawks might be looking to deal Nick Leddy and his $2.7 million cap hit in order to get under the cap. Given what a fantastic duo Elfenben Och Ebenholts (Hjalmarsson and Oduya) have been and what difficult assignments they have taken on particularly relative to Leddy, the rationale is fairly sound. Common wisdom has been that Oduya has been the more most expendable of the options for getting street legal with the cap, given that he will be 33 in two weeks and is in the last year of his deal, currently making $3.375 million. Considering what the likes of Brooks Orpik and Derek Engelland reeled in this off-season, that’s certainly fair value for what Oduya brings.

However, even with the glut of young defensemen on their entry level deals looking for their shot in Clendening, Rundblad, and Johns, trading Leddy still has its downsides. First of all, while right-handed shots are generally more valuable than left from the blue line, Leddy is the only left on the lot, and has experience playing both sides, even if he is light years better on his proper (left) side. And of those four, Leddy clearly possesses the most speed of the lot, which is useful in breaking through neutral ice mine fields, even if he’s been to this point reluctant to do so.

The Hawks are due to qualify Leddy with at least a $3.4 million dollar tender at season’s end if they wish to retain his services, which is a steep price to pay for a third pairing defenseman should Leddy not make “the leap” or Quenneville still does not trust him in late game situations. But even at that price tag, given his record, unloading Leddy for picks seems like selling low as had been discussed earlier in the summer, especially since he’s still cost-controlled to a certain extent. An ideal trade partner would be a team with some young forwards to burn, like Florida or even the Islanders with Ryan Strome seemingly forever fermenting in the AHL, but that still adds to the logjam among the forward corps of farmhands waiting for their turn. And on top of all of it Leddy has always been Stan Bowman’s golden child, and it’s well documented how reluctant he is to trade kids he’s even apathetic about, any trade of Leddy would really have to knock Stan’s socks off.

The most logical conclusion to all of this still remains Kris Versteeg getting launched with an extra body with a sub-million contract (potentially Morin, unfortunately) as a sweetener, considering the position the Hawks are in. That dumps one of the few bad deals on the Hawks’ books and clears the way for other young forwards, but there is an associated cost with it. And after all of this, the less than scrupulous option of LTIR is still on the table if a suitable trade partner cannot be found by camp’s end. But whatever the scenario, the clock is ticking loudly now, and a resolution should be reached soon.