Due to a most improbable chain of events, the Winnipeg Jets, at least in namesake, will be visiting the West Side of Chicago for just the second time since 1996. And it will be the second time in a row that one of their own will receive a warm welcome as a visitor from the Chicago crowd, having been a member of the previous year’s championship roster, this time in the form of Michael Frolik and his eyebrows. Strange times these are indeed.

This will also be the second time in three games that these newly-minted divisional opponents will square off, with the Hawks taking the Saturday matinee affair in The Peg. To their credit, the Jets turned right around from that out-classing and took it out on Detroit, beating them 4-2 and outshooting them by nearly 20, 47-28, with the aforementioned Frolik notching a goal and an assist.

As had been mentioned on Saturday, the Jets have a lot of firepower, albeit misdirected at times, in the forms up front of Ladd, Wheeler, Little, Frolik, Schiefele, and Evander Kane, who is a game time decision tonight. Coach Claude Noel hasn’t found a way to gain any consistency whatsoever with this team now in his third season behind the bench, and whose seat is going to be getting rather toasty without a playoff berth this year, as will that of GM and former Hawks assistant GM Kevin Chevyldayoff. But when they’re willfully giving substantial money to and trotting out Onrej Pavelec in net, they’re to a certain extent getting what they deserve.

With that in mind, the Jets are sending local boy Al Montoya out in the crease tonight, clearly unaware that he’s been lit up at every rat hockey session in the Chicago area for the last 8 years, if the majority of Chicago’s beer leaguers are to be believed. Montoya has been excellent so far this year, with a .939 save percentage on facing 99 shots. Montoya has faced 88 shots in his three starts, good for 29.3 per 60, which is likely to inflate tonight.

Even though the Winnepeg blue line boasts some nice pieces in Toby Enstrom, Zach Bogosian, Mark Stuart, and I suppose Dustin Byfuglien, they’re allowing 31.2 shots against on average this season, which is not a recipe for survival in the west, particularly with the type of save percentage alleged #1 Pavelec generally gives them.

As for our Men of Four Feathers, they’ll come into tonight hopefully having rested off what was apparently ailing them in a sluggish affair against Calgary on Sunday, which still saw the Hawks put 44 on net against the debuting Reto Berra, causing all of cow town to swoon.

As has been the mantra all season long, ice times need to be monitored with the utmost vigilance given the short off season, the abundance of back-to-backs and it being an Olympic year, but Joel Quenneville cares not for these things, opting to ride those members of his Circle of Trust among both the forward and D corps, long-term perspective be damned. There’s even been talk of him dressing 7 D, just in case Kane and Hossa weren’t getting enough ice time already.  As is always the case, it’s fair to speculate that Quenneville is once again sending passive-aggressive messages upstairs to Stan Bowman regarding the quality of the roster he’s been told to work with.

That trend has apparently made its way to the Hawks’ crease as well, with Quenneville making it clear that it’s Corey Crawford’s net until further notice. “We’ll see” is about as damning a statement as Q has in his vernacular regarding playing time, so look to see quite a bit of Crow in the coming weeks.

On Saturday the Hawks put a clinic on exhibition regarding the efficiency with which they’re capable of dispatching an outclassed opponent. But once again, that was aided by a goalie with vertigo in the case of Pavelec. With Montoya in the cage from the opening whistle with the numbers he’s put up to this point, expect a far more tense affair, but at least one with a little more pep as the Jets like to get up and down the ice. Then again, anything’s got to be more entertaining than Sunday night. Let’s Go Hawks. 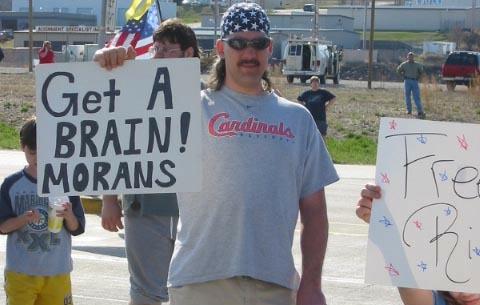