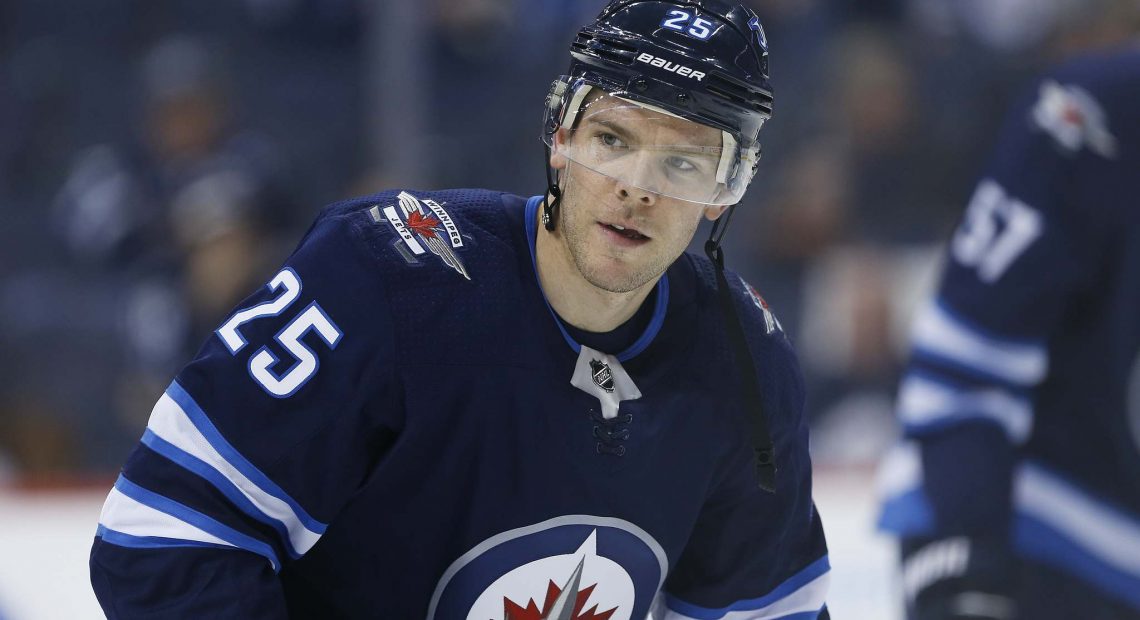 Your most ambitious/erotic hockey free agency dreams are dead. The Hawks will not get John Tavares. They will not get John Carlson. Those were the biggest pieces out there, and one is staying put while the other won’t entertain the Hawks into his sewing circle. And while the consensus is still that it will be via trade through which the Hawks make changes, that doesn’t mean there aren’t things to be found on the free agent market.

One name that hasn’t been linked to the Hawks is Paul Stastny. Now, maybe he really is a good St. Louis boy and would never dare pull on the red of the dreaded Blackhawks, Maybe he just wants to stay in Winnipeg because he has massive brain damage or something. But they’re going to struggle to find the space to keep him, and if they were going to they probably would have already. He’s out there, he’s better than serviceable, and he solves a lot of problems.

Is Stastny a dynamic scorer? No, and the thing is he never really was. His 28 goals as a rookie are the most he’s ever managed. He hasn’t eclipsed more than 20 in five years. But he consistently gives you 50-60 points if he’s got the talent around him (which he didn’t really in St. Louis as he didn’t play with Tarasenko or Schwartz much and it’s the Blues). He still has a 200-foot game and can kill penalties for you, and while not being the biggest he can play the role of “Annette Frontpresence” pretty effectively as his performances in the playoffs showed.

Under the surface, there are some concerns. Stastny had been a dominant possession player n the past, while taking on the tougher zone starts in St. Louis. But that changed last season, as he started more shifts in the offensive zone than before, and his Corsi went down, even on Winnipeg which itself was a dominant possession team. At 32, that doesn’t figure to get better. He’s also left-handed, and we know that right-handed centers tend to do better with Patrick Kane, which is probably where you’d slot him. But he’s a smart enough player to make that work.

The question is, as always, the money. Stastny just came off a deal that paid him $7 million per season and he’s coming down from that. The issue for the Hawks or anyone else is that any of the teams that get close to John Tavares but don’t get him are going to view Stastny as a Plan B. He makes sense in San Jose. He makes sense in Dallas. Going back to Colorado makes some sense. Quite simply, any team that feels it has to do “something” after losing out on JT is going to drive his price higher than you want.

Second problem is term. At 32, you ideally don’t want to be handing Stastny anything more than three years if you can help it. But as this is almost certainly going to be his last BIG DEAL, he’s going to want to get as many years as possible. Looking at some comps from the past, Martin Hanzal last summer got a three-year deal for $4.7M a year. He was two years younger than Stastny is now. Anisimov’s $4.5M hit seems a decent comparison as well. But given what some teams are going to want to do, you feel like Stastny’s number is going to puncture $5 million, and he may get four or five years.

As for where he fits on the Hawks, he wouldn’t displace Toews as a #1 center and maybe not even Schmaltz as a #2. If you just want a third center, someone that allowed Schmaltz to get the hammock shifts, then there are probably cheaper options. If you want something a little more dynamic and just have three really good centers, Stastny can probably still give you that.