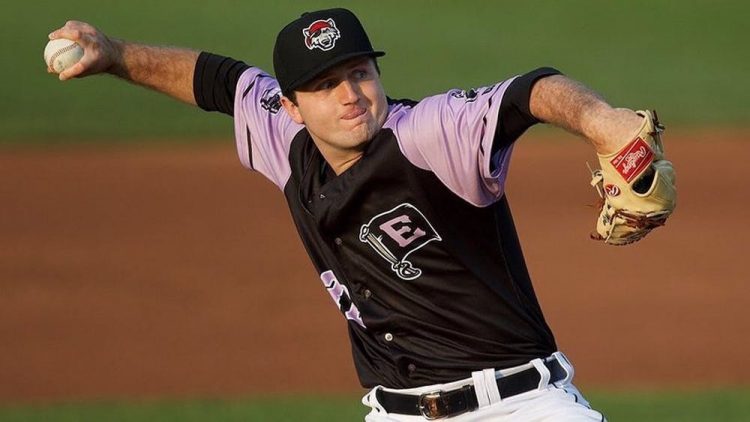 The Detroit Tigers are a bad baseball team. There aren’t many people out there who would argue otherwise with you, and if they did odds are they’re huffing paint outside the wreckage of Tigers stadium. Even the Tigers themselves know this, and are OK with it. For a long time, the team was very similar to the White Sox of the late 2000-2013 era. The farm system was treated like a debit card, to be swiped whenever a piece needed to be added to the roster at the deadline for a playoff run.

Much like most debit cards, there was a limit. The Tigers bottomed out of that limit at the end of the 2014 season, their last appearance in the playoffs where they were broomed right out by the Baltimore Orioles (another team that sits at rock bottom right now). This last push by the Tigers was the result of Mike Ilitch desperately wanting to win a World Series before passing away (which he eventually did in February of 2017). For the next few years the Tigers were in the sort of limbo that kills the future of baseball franchises; not bad enough to get the high ranked young talent in the draft, but not good enough to go anywhere in the playoffs.

Finally in 2017 with Ilitch dead and gone, the Tigers bit the bullet and decided for a full rebuild. The problem at that point was that all of their best talent was either on the last year of their deals (Justin Upton), in the middle of the worst stretch of their careers (Justin Verlander), or just too damn expensive and old (Miguel Cabrera and Victor Martinez). So the return for all these guys was not going to be the type that can jump start a rebuild and shorten it by a few years like (hopefully) the White Sox got for trading Sale, Q, and Eaton (remember forever that the Sox got Giolito and Lopez for Adam fucking Eaton).

This left the Tigers with one option, that being the “suck so bad you build through the draft” one, which is exactly what they’ve done. It’s been an ugly few years on the west side of Detroit Rock City, but it’s yielded results in terms of farm system rankings. To start the year, most analysts had the Tigers somewhere around the 10-11th best system in the league. After re-ranking the teams after the trade deadline and adjusting for some callups around MLB the Tigers now are just outside of the top 5, usually around the 6-7 position. Jim Callis of MLB.COM has the Tigers at 6th best in the league after all the deadline shakeups.

Sitting in the 1 and 2 spots for Detroit in the farm system rankings are former #1 pick Casey Mize (and #2 overall in prospect rankings) and Matt Manning, both of whom are right handed pitchers. Mize had some shoulder issues this year, but when healthy dominated the hitters of high A level and AA. He will begin next season (shoulder permitting) at AAA and much like Dylan Cease end up on the big league roster at some point after June. Manning has progressed on a very similar path, laying waste to the AA level this season and earning a few honors along the way, including Eastern League Pitcher Of The Year and Baseball America’s pick for best Tigers minor league player.

Six of the top ten spots in the Tigers minor league rankings are reserved for pitchers. Beau Burrows, Alex Faedo and Franklin Perez will all be throwing at the AA level or higher next season and Burrows may even break camp with the squad next March. Which is good for the Tigers, as they currently sit in the bottom 3rd of the AL in pitching, and without the breakout year from Matthew Boyd they might be sniffing Orioles territory.

For position players, the crop is lead by outfielder Riley Greene who’s the only Tigers position player currently in the top 100 ranked prospects in MiLB. Green is a solid contact hitter with solid power that projects out to 25+ dingers a year. His athletic tools grade out positively as well, but the kid is only 18 and probably can’t be counted on before 2021 at the earliest.

The next two callups for the Tigers offensively seem to be catcher Jake Rogers and SS Isaac Paredes, both of whom would be upgrades for the major league team as it stands. The rest are works in progress, pushing the Tigers window for contention back past 2022 which works well for the White Sox as it stands. Bless You Boys has a good rundown of the rest of the position player prospects for the Tigers here if you want to check it out.

The risk for Detroit having such a pitching-heavy top half of their system was apparent back in June when Mize was pulled from a game with shoulder pain that caused a collective gasp among the Tigers faithful. Fearing the worst, he was sent to Dr. James Death-Andrews and was given a diagnosis of shoulder inflammation. He pitched for another month and a half and then was shut down for the team for precautionary measures. Manning has so far avoided the injury bug that seems to plague young arms in the lower levels but there are no guarantees. If all breaks well for the Tigers they could have an amazing rotation in a few years. If they end up with the kind of luck the White Sox have had over the past 12 months, the window for them could be pushed even further back. With a team like the Tigers hard to watch enough as it is, it could spell doom for their attendance, which was already down almost 21% from 2017 to 2018.

The Tigers have charted a path through risky waters, but really no rebuild is guaranteed success. Their ultimate timeline will probably be more clear next June when they pick once again in the top 5 of the entry draft. If they take a polished college player like the Sox did with Andrew Vaughn it signals they expect to be competitive sooner rather than later. If they go a different route, it may signal another few long winters for the Tigers faithful. That would be quite all right with me.