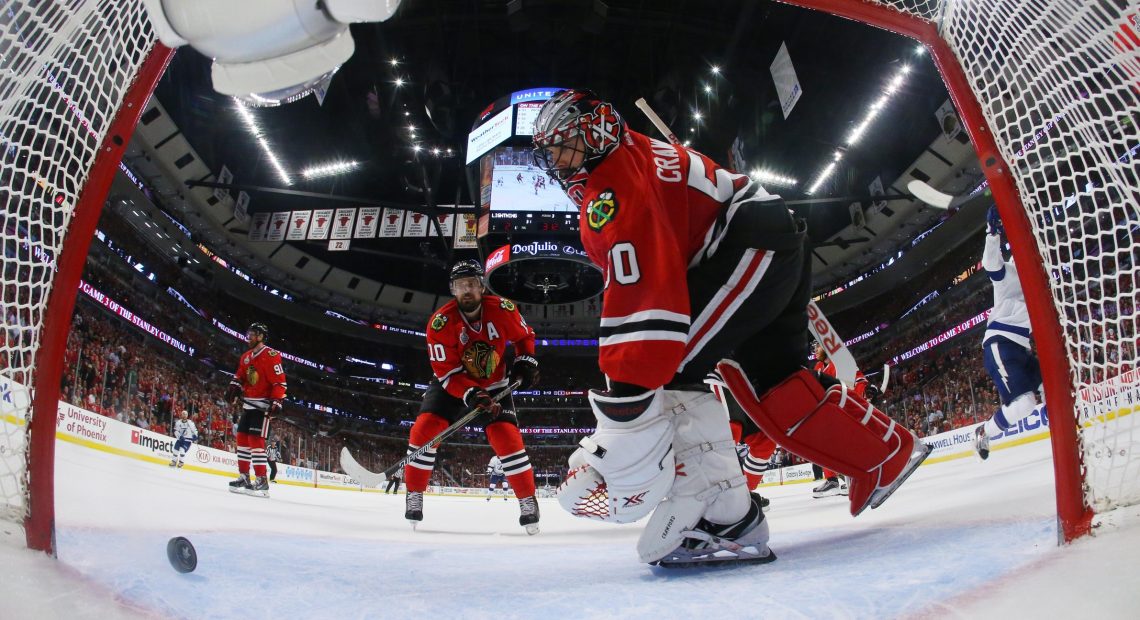 Both last night’s wrap and a column today by Tim Baffoe cited numerous reasons for fans to halt their panic, all of them valid. And truthfully, a fan, particularly a casual one just along for the ride and the party at this point (which there is nothing wrong with being), is far more justified in grand pronouncements after a mere three games in a series. But as we have discussed before, national hockey media has seemingly lost all long-term perspective, and is now in the business of peddling superlatives with tiny sample sizes. It’s shortsighted, irresponsible, and inflammatory. All qualities that are surely preached at only the finest journalism schools across the continent.

Also completely irrelevant are sweeping statistical proclamations of “the team who wins game X wins YZ% of Stanley Cups“. These are just as flatly stupid as claims of game-to-game momentum. Each series is a discrete event to itself, comprised of even smaller ones in the 4-7 games they require. Each one has different participants and different styles of play, and these numbers take place across years and eras of the sport where things change. Yes, even in the NHL.  Anyone spouting anything in this vein is to be roundly and harshly derided.

As far as the particulars of this series, as frustrating as last night’s result was, there are concrete things for the Hawks to hang their hat on, both qualitatively and quantitatively. Though Ben Bishop performed admirably with a gutty performance while clearly rendered less than mobile, he was the undeniable beneficiary of some puck luck with the Hawks missing two gaping nets. Additionally, whatever injury he’s carrying that’s limited his movement in all likelihood isn’t going to be fully healed in the 44 hours between Games 3 and 4. And if the Tampa defensemen who aren’t named Victor Hedman are going to continue to roll out the red carpet in the neutral zone and have the Hawks put 38 shots on net, it’s doubtful Bishop would take his chances at giving them more open cages to take aim at while his mobility is limited.

Speaking of Hedman, he is absolutely deserving of every accolade he has received to this point in the series. This has truly been a coming out party for him, and he has played incredibly well. However, he is not invincible, and splitting Kane and Toews up last night went a long way in proving that, if being hounded on the forecheck by Patrick Sharp in Game 1 didn’t already prove that. However, Joel Quenneville chose to have Patrick Kane mostly face Hedman, seeing 8:50 of even strength ice time against him wherein the Hawks attempted 8 shots to the Lightning’s 10. So not only was Kane neutralized, but Hedman’s combination of speed and passing was able to flip the play on one of the Hawks’ biggest weapons. The result of that choice by Quenneville allowed the Hawks’ reformed top line of Saad, Toews, and Hossa to go absolutely nuts in possession numbers, with Toews even getting the better of Hedman 11 attempts to 9 in just over 7 minutes of head to head action. So if Toews can make the Bolts’ best possession driver defend more than he’s not, while getting Kane out against the absolute dreck that is the other 2+ pairings of the Lightning blue line, that’s gaining an advantage in two matchups.

Overall the Hawks are still carrying 52.8% of the shot attempts in the series, and as it’s now been hammered over and over again, it generally takes a combination of either a 55% share of shots or a .930+ save percentage for a Hawks opponent to even have a coinflip’s chance in a series. Right now Bishop and Vasilevskiy have a combined .920, boosted heavily by Bishop’s 36 save turn last night. It’s been shown time and again that a team cannot sustain ceding the puck battle to the Hawks. They have literally only lost one series wherein they have controlled possession, that being the Mike Smith Best Supporting Actor Oscar turn in 2012. And even that took 30 points higher than what the Lightning are getting.

Adding to all of this is the anecdotal evidence that everyone should be familiar with by now, but somehow isn’t. Since their first foray into the playoffs in this era in Game 5 against Detroit, the Hawks have not been eliminated on the first try within a series at any point. Even extrapolating outward, they have not been eliminated by a given team on the first try other than those two anomalous years of 2009 and 2012, with the Kings needing two swings and the Canucks needing three. The Wild are still waiting.

Everyone at this point should know better. This is the second time in as many rounds the Hawks have found themselves needing Game 4 at home in order to keep things on pace where they need to be. It’s also the third time in the last two years. The results speak for themselves. Not to mention that this group has won far larger and more dangerous stakes games to keep series alive if not win them.

The reason the Hawks’ record in the back half of series is excellent not due to any mystical coaching changes in scheme and is only marginally affected by the tweaking of lineups and matchups. They win because they wear opponents down. Shift after shift, period after period, game after game. The speed and and skill coming at all times eventually yields the necessary results. Everyone relents, everyone breaks. And there is no reason to doubt this team until they’re on the wrong end of a handshake line. Given what’s at stake both in immediate and historical contexts, this group of players will not allow that to happen. The Tampa Bay Lightning are no more complete or without weakness than any other team the Hawks have sent home, and they will meet the same fate.