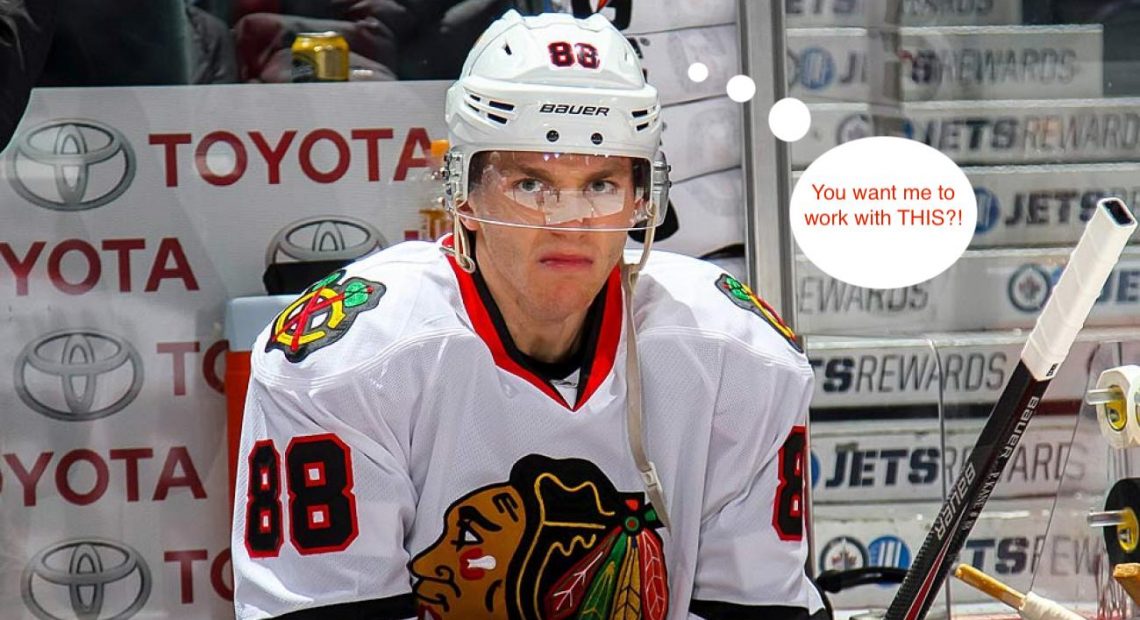 We arrive at the final few days before the start of the season, with the preseason over and the regular season set to start on Wednesday for the NHL and Thursday for the Hawks. As we get here, we prepare to finalize our preview series of the team today and tomorrow. We start today with the most important skater on the team, Patrick Kane

A Look Back: Kane didn’t have quite the level of success in 2017-18 that he saw in 15-16 and 16-17, and that is likely in no small part because he lost running mate Artemi Panarin. You’ll still be hard pressed to find someone at this site that thought or thinks that Saad for Panarin swap was bad for the Hawks, but it was apparent that Kane missed Panarin a bit, even with spending a decent chunk of time with Nick Schmaltz who is a better play maker than Panarin, though not quite the shooter. The real pitfall was that Quenneville seemingly refused to put Top Cat on that line despite the fact that he’s probably the most natural shooter on the team, and therefore the obvious replacement to the skillset you lost in Panarin. There were times where Top Cat got with 8 and 88, but it wasn’t enough, and I think it cost both all three players a good bit of production. If those three get together more often and get you even 10 more goals total, last season might look a bit different. But that’s in the past. Kane was still one of the league’s better players, and he will be again because he is one of the top-1o talents in the league, and that’s not really up for debate.

It Was the Best of Times: Kane is likely to start the year with Schmaltz as his pivot again, and it’s looking like Brandon Saad will man the other side of the ice, at least early on. That is definitely a good fit because Saad is one of the best players the Hawks have when it comes to being extremely skilled and also doing the “dirty work” extremely well. Saad is strong in front of the net, so if Kane and Schamltz work their playmaking magic together, there should be some easy clean up duty for him. That probably won’t last too long, knowing who the coach is, so I’d like to see Top Cat get some work on Kane’s opposite flank as well, especially with Schmaltz as the center. If Kane is able to spend most of the year with Schmaltz in his middle and Saad or Top Cat opposite him and is able to reach his ceiling again he can climb into the scoring title race and flirt with 100+ points.

It Was the BLURST of Times: Kane is easily the Hawks most important skater now, a mantle he takes over from Duncan Keith as the latter has started down the declining path that comes with age and a fuck-ton of minutes played. Any worst case scenario for Kane is pretty much worst-case scenario for the Hawks as well. If Kane gets hurt and misses significant time, even if Crawford is readily available, I’m just not sure the Hawks have the scoring punch to win games without him. If he gets a Toews and Sadd-like streak of bad shooting luck this year, it could be disastrous as well. As much as Toews and Saad are due for corrections on shooting percentage, and Top Cat can bring you good goal scoring as well, Kane is really gonna be the straw that stirs the offensive drink, and if he’s out or struggling, it’s gonna be hard to watch.

Prediction: Kane is another player where at this point we know what he is, so it’s easy for me to predict he’ll have 70-80 points and just cash in my prediction for clout on Twitter later. But I don’t wanna be boring. While I think this Hawks team is going to be bad, and maybe pitifully so, I think Kane is due for a strong season among it all. Again, he’s gonna need to account for a good chunk of the offense, and if he’s given good linemates as weapons to unlock that scoring ability, he is gonna have a good year. I think he will flirt with 90 points again this year, and yet it still won’t matter. He will look really good playing with Jack Hughes in 2019-20 though.