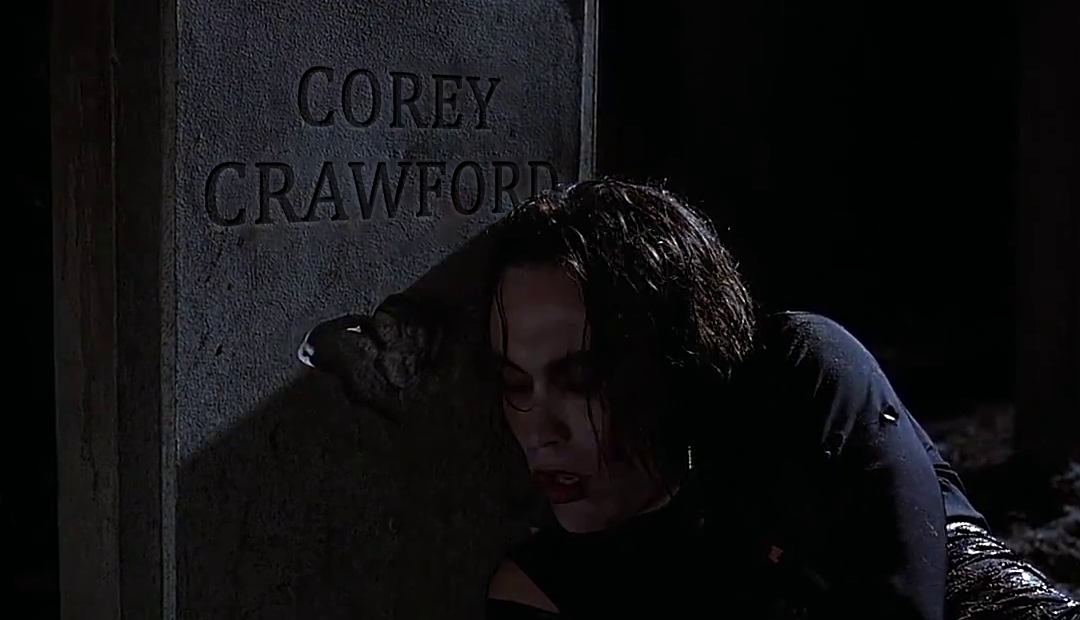 Today is the first day in our monthlong look at what the ‘18–’19 Men of Four Feathers have to offer. We’ll give you a review of each player, a best-case scenario, a worst-case scenario, and a prediction. The style’s new but the face is the same. Let’s kick this pig into life, after the first missed playoffs in a decade. We hope you enjoy.

In times of doubt and sorrow, there are always coping mechanisms. Wild Turkey 101. Watching The Crow on a loop. Asking strangers to put on a clown mask and open-hand slap you until you feel something, anything. And with the organ-I-zation’s handling of Corey Crawford’s status since last year, we might have a chance to experience all three at once this year.

A Brief History: Last year, we had a chance to test McClure’s theory that the Hawks will live or die by Corey Crawford. And boy, did we find out. Prior to Evgeni Malkin catapulting himself into Corey like the bag of over-ripe compost and chewed-off thumbnails he is, and Crawford’s subsequent December dizzies in New Jersey, Crow was on his way to having the best year of his career.

He managed these numbers despite facing 30 shots per game, as Joel Quenneville regaled us with his yearlong “I can touch my asshole with my elbow” strategy of pairing piss and poutine on his blue line in front of Crow. It may be folly to assume he could have maintained all of those numbers, but it’s clear that Corey was putting together a Vezina-contending year before he got shelved.

Before his unexplained 30-week absence, the Hawks sat at a disappointing but still-in-contention 39 points through 35 games. In those 35 games, they only lost more than three in a row once, losing five in a row at the end of November/beginning of December, four of which Forsberg started. They proceeded to post 37 points over the next 47 games—including losing streaks of four games, five games, and eight games—without Crow in net.

While there are several reasons why this happened, none loom as large as losing Crawford.

It Was the Best of Times: Going forward, best-case scenario, Crawford rises from the grave and doesn’t miss a beat. He plays his usual 55-game, 3,300-minute year at a .920+ clip, bailing out the defensively declined likes of Erik Gustafsson and Brent Seabrook, giving Jokiharju a chance to take risks, and preventing teamwide deflations from the kinds of backbreaking goals Forsberg and Berube were so primed to allow. This lets Cam Ward channel his 2005 essence in relief, and we all go back to gushing about how the Hawks know how to pick backup goalies. Assuming that guys like Saad and Toews rebound; Sikura, DeBrincat, and Schmaltz continue to grow into Top Sixers (I’m banking on both happening); and Quenneville puts down his fucking copy of House of Leaves before he pairs his defensemen, having Crawford back makes this a playoff team.

And since we’re doing best-case scenarios, let’s go even farther. Crawford finishes as a Vezina finalist behind Jonathan Quick or some other such horseshit because the NHL drinks from the piss troughs at Wrigley before they give out awards. Pat Foley finds time in between chugging Night Train and giggling at his own jokes to heap praise on Crawford like an incel at a sex doll brothel. Eddie O. openly admits that Crawford is the best goaltender the Hawks have had since Tony O. The Hawks team up with Taco Bell to give away free cheesy gordida crunches for every Crawford shutout, and we all get 10 free cheesy gordida crunches.

It Was the BLURST of Times: Crawford disappears from hockey completely. Like a scorned lover, StanBo and Q answer all “Do you have a timeline on Crawford?” questions with a dead-eyed “Cam Ward is our goaltender.” The narrative turns to “He told us he’d be ready, but now he refuses to skate for us.” Cam Ward tosses a .870 SV% on the year, and the Hawks finish dead last in the league. Edmonton wins the draft lottery, and the Hawks name Bobby Hull as the GM. The Hawks trade Crawford and DeBrincat for Patrick Marleau and Jake Gardiner, and sign Roman Polak to a 1-year deal. Everyone eats Arby’s as we wait for the Yellowstone Caldera to explode and finally end the fucking madness.

Prediction: Because I take Crawford’s word over StanBo’s or Q’s expectations, I suspect we will start the year without Crawford between the pipes. Crawford misses the first 10 games, but comes back and posts a tidy career average .919 SV% and 2.37 GAA on the year. He drags the Hawks into the last playoff spot by himself and still has his GRIT N’ HEART questioned by people who unironically wish Scott Foster were the starting goaltender. His brilliance goes underappreciated all year, but it doesn’t matter because the Hawks squeak back into the playoffs.

It can’t rain all the time.