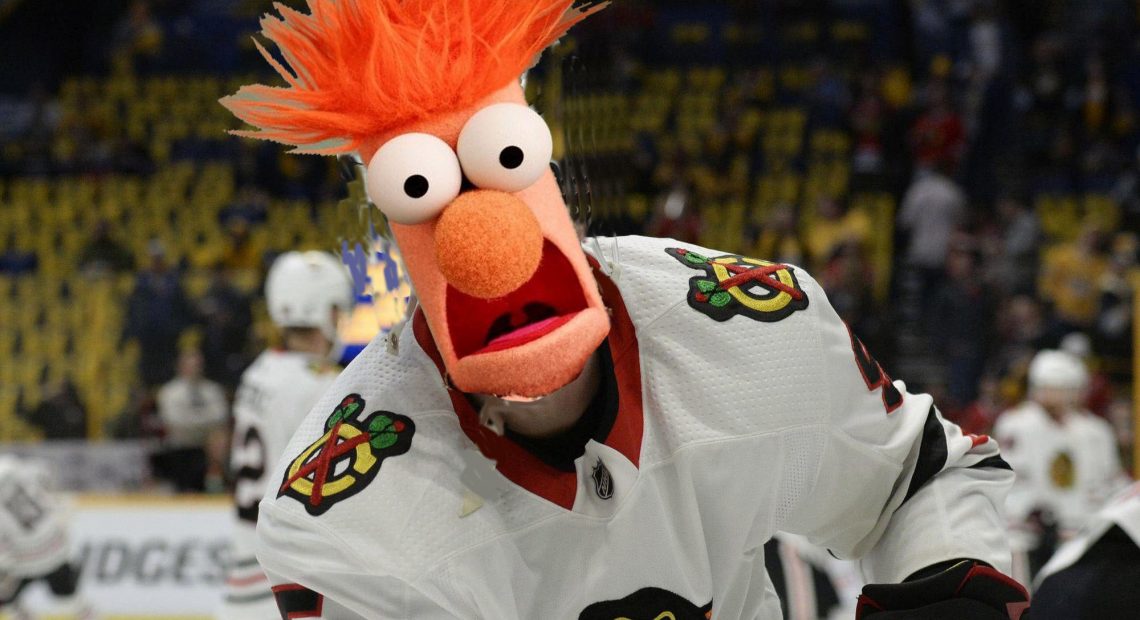 If you had Connor Murphy picked as a guy who would end up being the Hawks best defenseman last year, please raise your hand. If you’re lying, please raise your other hand. There should be no one with only one hand in the air. That may be a bit of a contentious statement, though. After being brought into town as the return for StanBo’s not-discussed-with-his-head-coach trade of Niklas Hjalmarsson, Murphy had a bit of an uphill battle in front of him. He had to prove to be worth the Hawks losing one of the best defensemen in team history (not that hot of a take on Hjammer and if you think it is you are wrong) while also serving a coach that saw that defenseman leave without any say in the matter. While he didn’t always pass the Q test, ultimately Murphy showed he can be building block for this team while playing meaningful minutes – if his coach lets him.

A Brief History: The Murphy trade was one that was really hard to diagnose at first. For years in the desert it seemed like Murphy was always primed to take the next step but never really did (at least according to scouting reports I’ve seen since his acquisition). He had sky high potential (and in some ways still does) but we know that potential is an ever fickle bitch and she promises nothing. It was a major gamble on Stan’s part to bring him in and trust that he could be your new Seabrook, but his contract is favorable and the fact that he’s an RHD meant that if he ended up even slightly above average it could look fine. Murphy proved to be more than just fine, though with his shot share of 53.39 the 3rd best on the team among players who played at least 30 games. Only future Norris Trophy winner Erik Gustafsson and Michal Kempny (I cry at the mere mention of his name anymore) were above him. That will certainly play. On paper, Murphy doesn’t exactly look like someone you want on your top pair, but given the state of this team’s blue line and Duncan Keith’s descent into a shell of himself, Murphy looks like he could end up being the Hawks best blue liner yet again.

It Was The Best of Times: When you’re talking best-scenarios, there really is no limit to how optimistic you can be, and for a guy like me that’s really hard. “What’s Murphy’s best case scenario?” you ask me, and I say “He suddenly explodes and posts a 60 point season from the blue line and is a Norris candidate.” You should then proceed to look at me like I have four heads. In reality, the best case scenario for Murphy is that we get more of the same from him with slight improvements rather than a step back. He’s never eclipsed 20 points in his career, so even hoping any sort of scoring outbreak is on the horizon is misguided, but it may not be unrealistic to think that with more ice time he may be able to break the 20 barrier, and with some good fortune on his shots he can maybe touch 25. But he is now 25 years old so at this point he is what he is. Oh, and also best case scenario is that Q stops holding the Hjammer trade against Murphy, at least until he’s fired at Thanksgiving.

It Was The BLURST of Times: How extreme do we wanna be here? Obviously an injury would be awful. Basically anything that keeps Murphy out of the lineup will cripple this team like bad knees on a race horse. If Murphy is out, just take the team to the shed with a shotgun. Barring injury, I think the worst possible outcome for Murphy this year is that Q sticks around the whole year and never really trusts Murphy for more than bullshit second and third pair duty. Q will probably have to loosen his tether on Murphy a bit for this team to have any semblance of success early on, at least enough for the team not to fire him before Christmas, but in the event that Q holds Murphy to bottom pair shitwork, somehow this doesn’t crumble around him to the point of losing his job, and he continues to hold Murphy down, that would be bad news. Not necessarily because I just wanna see Murphy play the bigger role, but also because you’re gonna need him to do it for the next 4 years until Boqvist or Jokiharju are ready to do it, and if you can’t even trust him with this blueline, when will you?

Prediction: I’m bad at these parts, but ultimately I think Murphy can have a year similar to last year’s with some slight improvements. I’d say he hovers around 53.7-54 CF%, pots 5 goals, and adds at least 15 assists to get that 20 point mark for the first time ever. I also predict he will end up playing less minutes than Brent Seabrook in way too many games.