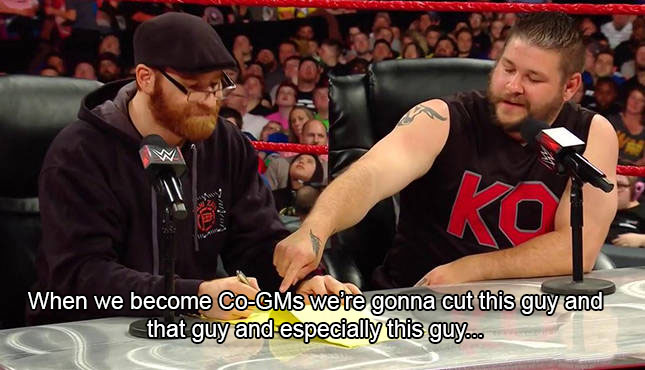 I wonder if it bothers the NHL that there’s a very good chance that four of the ORIGINAL SIX HARF HARF might seriously be regurgitated foodstuffs this season. The Bruins and Leafs will be good, and then probably play in the first round. If I squint really hard to the point that I prolapse my own asshole (leading to the question, “How would you prolapse someone else’s asshole, dear Samuel?” And I don’t want that answer), maybe the Hawks could find a playoff spot that someone else tossed onto the sidewalk in a fit of pique and shortsightedness. But after going through the Wings on Thursday, I can assure you that the Montreal Canadiens will blow chunks. Their organization and press will still bleat on about how they’re the gold standard, they’ll interview some barely coherent Francophone who was on the third line in 1974 or something, and in French he’ll say the problem is that Max Pacioretty isn’t tough enough. Because the great Habs teams were certainly built on bludgeoning people or something. Why didn’t you let them leave again, Canada? Oh right, access to the smoked meat and strippers. Fair play.  Whatever the question is about the Canadiens, the answer up there always seems to be, “Kirk Muller.”

Goalies: Drinky McGoo, otherwise known as Carey Price after he got boring, is once again your starter. Except now he’s ouchy and bad. At least he could be. Price hasn’t managed a full season in three, and last year in 49 games he was objectively awful. Now that could be an aberration, as he just turned 31 and that’s not the time when goalies are supposed to go skunky. Yet considering the workload he’s been carrying since he was 21, as well as carrying the daily mood of an entire province that time, maybe his time has come. We know when he’s on he’s the best in the world. And the Habs need the best in the world if they have any hope of playing a game that means anything past the turn of the year.

If he’s not, the insurance plan is Antti Niemi. Which is basically like having whatever animal in The Flinstones was used to patch things up instead of car insurance. Niemi was good in 17 starts for the Habs last year, with a .929 SV%, in what had to be either the lord’s or the devil’s practical joke on Canadiens fans for their own entertainment. I hope it’s the devil’s, because every fan up there deserves to hear various callers begging for Niemi in November only to see him literally chuck the puck into his own net while falling down like some Cluseau-esque waiter. This is going to happen.

Defense: You know it’s bad when an injury to the already old and fading Shea Weber absolutely cripples your blue line. Welcome to the Habs’ world. They’re going to rock Karl Alzner and Jeff Petry on the top pairing until January. It might not matter how good Price is, because with this blue line he’s going to take off his mask, fold up his jersey, undo his pads, lay them gently down in the crease like The Undertaker and skate off to never come back to hockey again. Victor Mete once had promise, and then Claude Julien beat any sense of self-worth out of him and now he thinks he’s a marmot. How does Jordie Benn still have a job? All he can do is scowl while looking at the forward’s ass no less than four feet in front of him. They better hope Noah Juulsen is the second coming of Larry Robinson… so they can then trade him for whatever other French-Canadian forward who’s good for 38 points they can find in three years. Hey did you know they had Sergachev?

Forwards: It’s basically Max Pacioretty checking his watch every five minutes running out the clock and then a bunch of riff raff. They punted the abused Alex Galchenyuk, the American with the Russian name who was a Canadien, and his fancy collection of mirrors and $1 bills to Arizona for MAGA pudwhack Max Domi and the points he’ll never score. Jonathan Drouin is the top line center simply because you don’t pronounce the last letter of his last name, even though last year pretty much showed he can’t play center. But hey, you can’t have two overhyped left wings, and that’s Domi’s job now! Philip Danault gets to do all of Domi’s skating, though now that he’s actually getting paid it’ll be a couple hours before all the fans hate him even though you don’t have to pronounce the last letter of his last name either. Tomas Plekanec ended up back here because of course he did. The Quebecois will do anything for a turtleneck. Except shower. There is one genuine top-line player on this team and they’re going to trade him at the deadline to the Bruins for whatever Don Sweeney digs out of his ear. Or the Penguins where he’ll score 38 goals in 15 games. Oh sure, there’s Brendan Gallagher‘s Marchand-Lite act, if that does anything for you. It doesn’t, I’ll answer for you.

Outlook: Here’s another team that needs a total overhaul everywhere. The GM was proven a withering dolt at least three years ago, and at this point Claude Julien is outdated. They don’t have a d-man you’d want anything to do with outside of quarantine other than maybe Juulsen and who even knows with him? They even have Xavier Ouellet along for the ride. Remember when he was going to save the Wings? This team probably isn’t as bad as Detroit or Ottawa, as a healthy and focused Price keeps them from that alone. But they’re nowhere near the other four teams in this division, which means they’re exactly where you don’t want to be, hockey purgatory. Maybe they think the league will rig it again so they can have whatever player they want from the QMJHL again, because what you need to succeed in the NHL these days is a kid or two who have played nothing but 8-6 games for three seasons while Pierre McGuire licks the glass behind you.

Fuck this team and organization. Their legacy is utter bullshit. It’s far too wonderful of a place to have a plague like this as its only professional team. Move the Rays there tout suite.