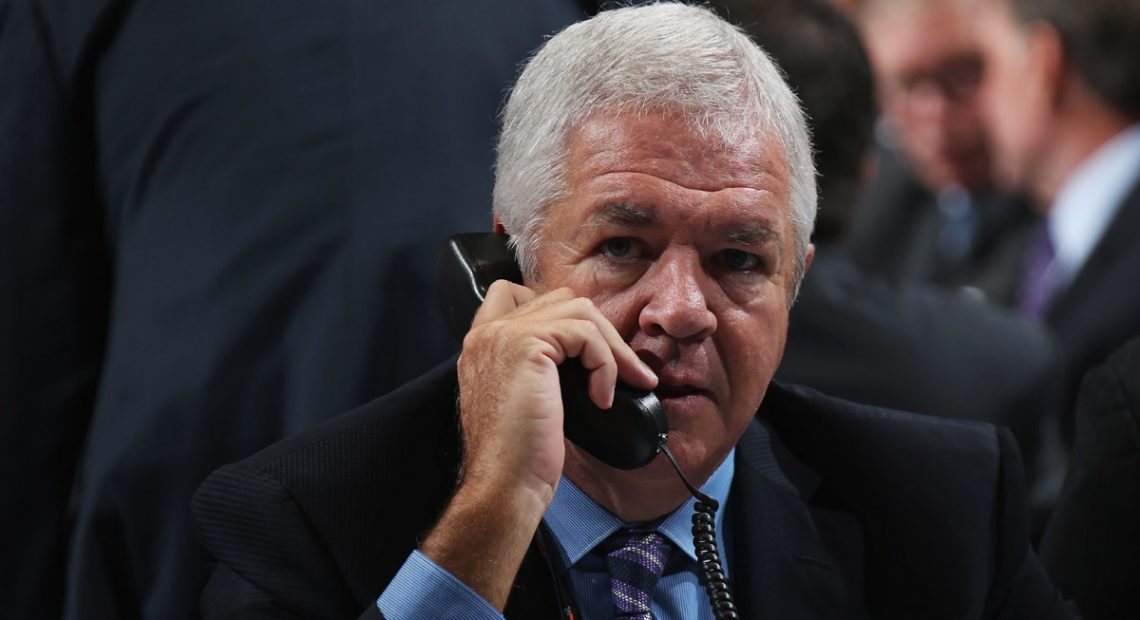 There is no way to dance around how the breaking story from respected and long-time Panthers reporter George Richards impacts us here. In short, Dale Tallon is reported to have used racist language while representing the Panthers as recently as their appearance during the preliminary round of the playoffs in Toronto. And while nothing is confirmed, and all the information I’ve received is third-hand, it’s from people I trust when they say that it’s bad. And that this happened recently in the current state of things in American society speaks to the degree of Tallon’s ignorance, defiance, or both.

This raises many questions on the professional side- like if it led to his ouster in Florida, or here. Or if the environment that John McDonough fostered here during his tenure with all of the enabling of rape culture and differing accountability based on a player’s value to a team, and to what degree these two mentalities fueled one another during their brief overlap in the front office here. Not to mention all of the larger questions of hockey culture at large that this asks among the already numerous ones that need to be addressed in the current momemnt.

But on a much smaller scale, this impacts the very existence of this site, as obviously our namesake is poking fun at Tallon and his infamous boning of the qualifying offers over a decade ago now. The previous incarnation of this publication and site had its own issues which were clung to for far too long out of stubborness, and the inability to learn the “Impact Versus Intent” lesson, which is an incredibly valuable one. And now that this issue has come up again, it raises the question of just where to go.

Obviously with Sam no longer steering this ship, the subscription model has been scrapped because the rest of us are doing this in our spare time, and it’s not the primary source of income for anyone. We were going to go back to ads to help compensate everyone for their time if the world ever got back to normal, but that may never happen. It becomes a matter of energy and resources to rebrand the entire site and start all over again, and that costs money to web developers. Not to mention the feeling of defeat that once again comes with this, that even if we overhaul everything, no matter what joke name we give it going forward will eventually get Milkshake Ducked and we’ll have to repeat the cycle all over again.

As of right now, I’ve instructed everyone else that we’re going to need to go dark for a bit and hash this out as a group with what we want to do. Hopefully something can be agreed upon that’s acceptable for everyone going forward, but I simply cannot promise anything right now. This won’t be the last you hear from us, even from here. If nothing else, there’d need to be a big Irish wake.

Be Excellent To Each Other.