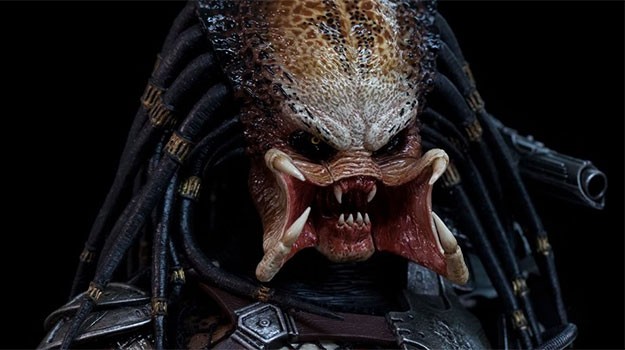 We’re in the business end now. The part where all four teams can have legitimate fantasies about parades in a month’s time. They’re halfway there, much like Mark Lanegan, and now all they need to do is repeat what they’ve already done. Let’s run it through.

I really have no idea what to make of the Ducks at all. They swept a team that had the next best blue line to Nashville’s in Calgary, though a lot of that was due to Calgary’s own idiocy. In the underlying numbers, the Flames pretty much kicked the Ducks from pillar to post but watched their goaltending and discipline fail them.

On the surface then, it really shouldn’t have been all that hard against the Oilers, who has no blue line to speak of and even that was decimated in the last two games with Sekera not playing either and Klefbom missing one. And yet that took to a Game 7, and really would have been over sooner had the Ducks not thrown the biggest hail mary we’ve seen in a long time and Talbot finally succumbing to the workload he’d been given all season. Oh, and a little goalie interference didn’t hurt either.

On paper, the Ducks come equipped with the something the Hawks and Blues didn’t have, and that’s a really mobile blue line. Montour, Vatanen, Fowler, Lindholm, and Theodore can all really move, and Manson is at least not an Easter Island statue. The Ducks would be wise to lock all the doors to Kevin Bieksa’s house from the outside and keep him out of the lineup, because what they need against the Preds he most certainly doesn’t provide. So in theory, the Anaheim blue-liners can escape the forecheck of the quick Preds’ forwards with their feet, and not have to rely on pinpoint passing out of the zone. In theory, because I never know what Randy Carlyle is capable of and what he might instruct his team to do.

Up front, it’s actually something of anachronistic thought that the Blues are any longer just a bunch of bangers and crashers. Tarasenko, Schwartz, Lehtera, Steen, Stastny, Sobotka, these are just not big guys. So they couldn’t really catch the Preds’ incredibly mobile defense, nor could they lean on them in the ways they were either expected to, or wanted to, or both. This is not an issue for the Ducks.

Perry, Getzlaf, Kesler, Silfverberg, Ritchie, and Rakell all skew to the bigger side, and all of them remain pretty nimble, at least when Getzlaf and Perry are somewhat interested which you’d hope they’d be now. So Josi, Ellis, Ekholm and PK curling around behind their net and wheeling upwards won’t create the gaps they did in the first two rounds. Which means the Ducks might be able to get them into more mishegas along the walls, something the smallish Preds are just not built for.

Of course, none of this stopped the Preds from beating the Ducks last year, and that was without PK Subban. These are basically the same teams that did this dance last spring, save a few tweaks.

I very hesitantly have to say that the Preds have a huge advantage in net, at least in current form. Rinne is carrying a .951 SV% through two rounds. Gibson has a .908, and fell apart at times against the Oilers. I still have to believe a drop from Rinne is coming, and perhaps it’s coming against a team that can throw a sustained attack against him, which the Blues and Hawks could not. But you can’t trust Gibson as far as you can throw him either.

Much like the Hawks, the Ducks have the star power that the Preds don’t really, at least in the forwards. If Getzlaf can maintain this style where he actually gets in between the circles at times, combined with the greater depth the Ducks have, it gets awfully deep awfully fast for Nashville. But it’s still the Ducks, it’s still Gibson fighting it, and it at least feels like there’s something of a higher power working for the Preds this time. Preds in 7.

I’ve seen some others trying to claim as soon as this one was set that it’s going to be tougher for the Penguins than anyone expects. I assume that’s because they’re focusing on the injuries the Penguins have, and Crosby not really being himself.

Because let’s look at how the Senators got here. They beat a Bruins team that literally had an AHL blue line working. And they needed three overtimes victories to manage that, including the refs completely jobbing the Bruins in Game 3. They then got a Rangers team that for the 45th straight year has no defensemen beyond McDonagh and no centers. Sure, they have a goalie in Craig Anderson who can steal a game or two. But he can also spit that game right back up once or twice in a series. Fleury is playing out of his mind right now, and should he drop in level, they Pens only have their actual starting goalie now ready to go if need be.

I guess if I squint, I could see where Crosby continues to be in a fog, thus driving down their scoring (and you can question whether he even needs to play in this series). I guess the Sens have at least enough nimble forwards that a Letang-less Pittsburgh D can be forced into mistakes and turnovers when under pressure. Hainsey and Maatta have not looked good all spring. Justin Schultz remains capable of both ends of the poles. Only Dumoulin is a sure thing.

But that still counts on the Senators basically every burying every chance they get, and Karlsson able to keep up this Atlas act against a team that can plan and execute against him while he’s on one foot. I know, hockey’s weird and even series that are dominated can go six games just because. But not this one. Penguins in 5.