The Children Better Be The Future Cuz We Ain’t Got No Present: Trevor Zegras 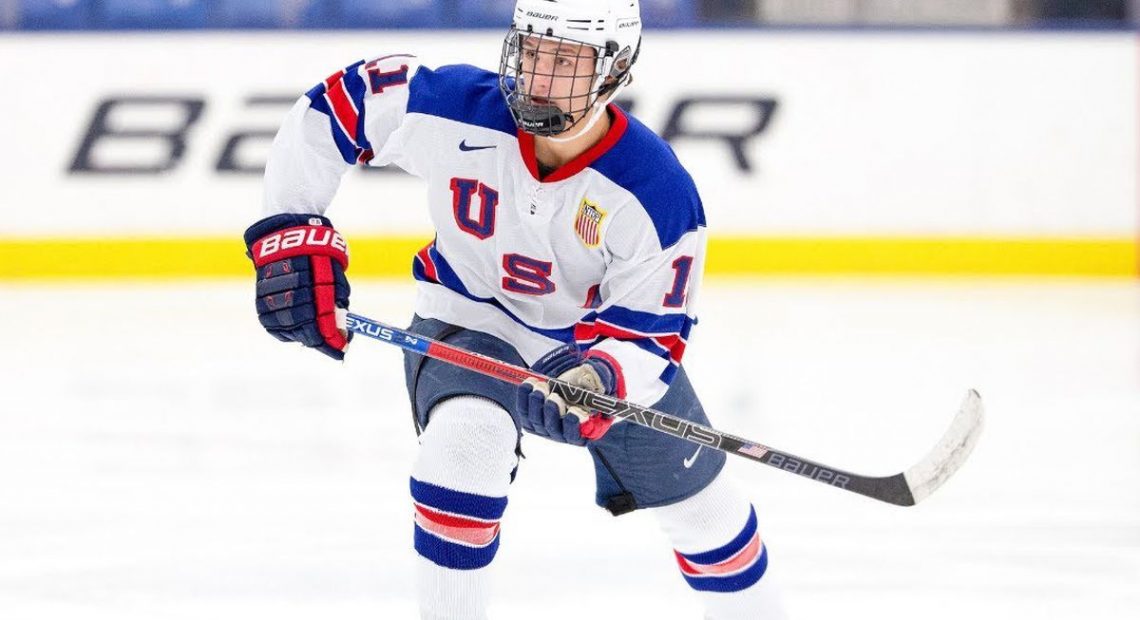 We round out our look at possibilities for the Hawks at #3, assuring that they won’t actually take any of these guys, and we’ll stay with the USNMTDP, or whatever alphabet soup makes up what goes on in Ann Arbor. It’s Trevor Zegras.

If their Marian Hossa withdrawal is that bad, then Zegras might be the fix. Yes, every goddamn prospect who at least shows a passing interest in his own end gets compared to Marian Hossa, but Zegras might actually deserve it. He has plus-plus speed, and a great burst to get to it, and he is as willing to show it off getting back to his own zone as he is going forward. The inhaling of puck-carriers and stealing the puck you remember from #81 could be a hallmark of Zegras’s game as well, though he’s not as big (we’ll get to that). But it’s not just about willingness with Zegras, who has premier playmaking ability and vision. His hand-eye is also high up if not off the charts, which makes him a weapon around the net. Zegras also is something of a pain in the ass, in a good way, and you know how that always has hockey execs reaching for a hand towel. Zegras is strong for his size and age, but also isn’t afraid of getting into people’s heads and I’m sure a Brad Marchand comparison isn’t too far into his future. Zegras also have positional flexibility, being able to play center and wing, which means he can be eased into the league whenever he gets there on the wing and then moved to center if need be.

Why The Hawks Shouldn’t Take Him.

Along with being a stretch, Zegras is probably the farthest away from the NHL of everyone previewed. He will need at least a year at BU, and maybe two, as the game he wants to play is going to require strength he hasn’t needed yet and doesn’t have. Second, while the positional flexibility is a good thing to have, there are better players at each of them the Hawks can have. If they really want a center, Turcotte is probably better bet and comes with a lot of the same qualities. If it’s a wing they want, then get Caufield who already has an NHL-level skill in scoring, and perhaps a high-level NHL skill. And at just 6-0, playing a grinding game as Zegras is tempted to do might wear him down pretty quickly. And there’s always a chance he becomes in love with his nuisance persona, but that’s being harsh.

Zegras seems a nice floor guy. You know that at minimum you’ll get a two-way center or wing with a lot of speed who probably rarely if ever drops out of your bottom six. But at #3, you shouldn’t be worried about floor but ceiling, and his is a touch lower than Byram’s or Turcotte’s or even Caufield’s. While two years waiting isn’t that long, and Zegras could likely be ready after just a year at BU, the Hawks really can’t risk waiting around for two seasons for this pick to make an impact. By that point they may already be toast. A couple slots lower and this pick would make all the sense in the world. At #3, it would be kind of a lack of imagination.