Tell Your Statistics To Shut Up: The Analytics Debate Now 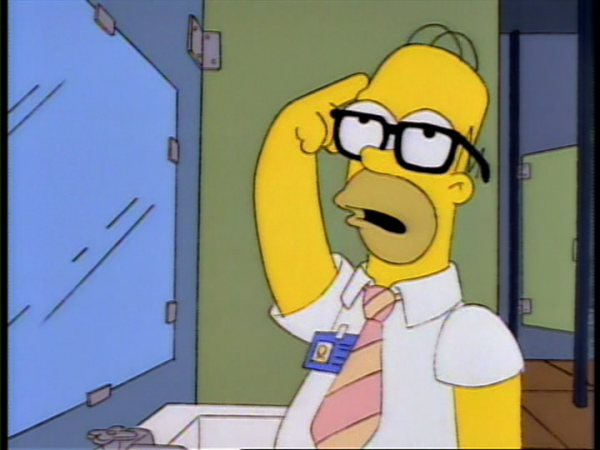 Wednesday will kick off our ninth season doing this, and in that time it feels like we’ve gone from one side of the statistical debate to the other. I know we were one of the first to start using Corsi and zone starts and whatever else to try and get to the truth of what we were seeing. And now it feels like we spend a lot of time trying to convince people that yes, Mark Arcobello does indeed suck and stop trying to get us to believe otherwise.

When trying to explain this to my non-hockey inclined friends, I used to try and tell them that hockey was anywhere from five to ten years behind baseball in its statistical revolution. That seems pretty silly now, and there’s a big reason why. If only it were that close.

These days, we spend our summers in utter disbelief in not just how a handful of teams are run, but probably the majority of them. We watched PK Subban get traded for Shea Weber, which any way you slice it makes your team worse. Taylor Hall was traded for barely a defensive prospect. Milan Lucic was given all the money in the world (ok, by the same idiot as the move mentioned previous). The Canucks… Canucked. The Red Wings signed Steve Fucking Ott. This list could just keep going. Even here in town, as much as the Hawks brass loves to tell you how forward-thinking they are, they’re still foisting Jordin Tootoo upon us. It is still nearly impossible to separate what their intelligence level is and how much they’ve benefitted from pretty much being handed an already-loaded roster. And they’re supposedly the one everyone is trying to emulate.

The biggest problem for hockey and teams or general managers trying to find a new way is that there isn’t the same pressure as there was in baseball. Because there simply isn’t the same imbalance.

If we go back to the Moneyball roots and the Oakland A’s, the reason they tried to find hidden value in overlooked players or a new way of looking at the game is they quite simply had to. They couldn’t spend what the Yankees and Red Sox could, or even what the Angels, Rangers and even Mariners could in their own division. They couldn’t just buy players to fill gaps they had. They were forced to look at the game in a different light, and because it worked it changed the whole industry.

That’s not going to happen in hockey, because teams can’t wildly outspend each other. Sure, there are cap teams and teams that have internal budgets, but the former is never going to dwarf the latter. There isn’t that pressure to find a new way because the old ways simply aren’t closed off to you.

Secondly, with guaranteed contracts and a hard cap, anyone trying to be experimental only gets one, maybe two mistakes before your whole roster is jammed. Look at the Hawks. All it took was basically one bad Bickell contract, perhaps a bad Seabrook extension, arguably over-exuberant extensions to Daydream Nation, and the Hawks have basically had to lose Nick Leddy, Brandon Saad, Patrick Sharp, Stephen Johns, Andrew Shaw and Teuvo Teravainen for a whole lot of not much. It’s like Anisimov and that’s it. It would be a completely different kettle of fish if you handed out those contracts on the theories and evidence that no one else has used before. To those in hockey, you wouldn’t have a leg to stand on.

That isn’t to suggest that NHL contracts should go the way of the NFL and be terminated at basically anytime, though I’m sure owners would love that. And in their darker moments, NHL GMs probably wholly envy the freedom their NFL counterparts can have with their own hard salary cap. But it makes the construction and balance that much harder.

We will continue to argue about these kinds of things with ourselves, but it’s hard to see how the legendarily slow-to-change NHL is ever going to work the way we think it should. It’s a sport that has the biggest suspicion of outsiders sharing their opinion and also has far too many ex-players who were told one thing during their careers now running things to easily change their feathers (and perhaps far too many brain injuries to go with it). Whereas most every sport has looked to executive/analytical minds to fill their GM chairs, because being an exec is quite different than being a player, how many do we see in the NHL? You can count them on one hand.

And there is very little pressure to change that, because if most everyone else is doing the same traditional, dumb things you only have to do them better than the other guys to win (which is probably what the Hawks have done in truth instead of somehow revolutionizing the game).

Take the Wings of the 90s, when they could spend whatever they wanted. They dominated the league because the greatest coach of all-time allowed his European players to play the game they knew and simply never give the puck back. And did everyone copy them? Nope, they spent most of their time bitching that Lidstrom never hit anyone or that Russians didn’t want it as badly or that Wings fans didn’t like the team because they hardly ever fought anyone. And the Wings powered through an era of the game where it was completely legal for defenders to calf-rope opposing forwards.

Shouldn’t every team look like that now? Instead we have the Ducks as contenders, along with the Blues.

At least it makes for really good comedy.