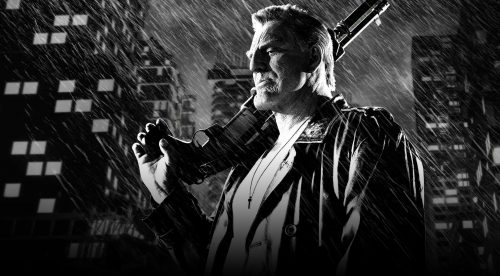 Andrew Shaw, You Can Play, And The NHL In This Terrible World

Yesterday, the NHL and You Can Play announced ambassadors for YCP for each team in the NHL. Reading the press release, it isn’t really clear what these ambassadors are supposed to do and whether it’s simply ceremonial or not. I’m guessing they just stand there during a press conference whenever a team is having a You Can Play night, and god help us if they have to talk. As far as I can tell the Hawks don’t have a YCP night, but maybe that will change. Trevor van Riemsdyk was named the Hawks ambassador. I don’t know whether he volunteered for it, or was chosen simply because no one else wanted it. I hope it’s the former. It would be really great if someone with real clout on the team was named, who wouldn’t be afraid of being out front on the issue either. But I guess they’re too busy telling me which type of kale I should grow? Is he going to be at Pride in June? The Hawks have had a delegation there recently but the only active player to ever appear was Brent Sopel, and “active” is being kind at that point. There’s certainly more to be done.

Anyway, there was some consternation that Andrew Shaw was chosen as the Montreal Canadiens’ ambassador for YCP. The reasons everyone would take notice of that are obvious, given that Shaw was suspended for calling a referee a “faggot” during Game 4 of last year’s first round and was suspended a game.

I’m not so sure Andrew Shaw isn’t exactly the type who should be chosen, or close to it.

The sad thing is, however infinitesimal, that there was a good portion of this game that the Hawks played with some gusto, verve, pepper, whatever word you want to use there. But it might be a while before we see that again. Tonight’s loss leaves the Hawks six points behind the Zack Wyldes, having played three games more. Unless they take both the games in the next month in St. Paul in the reg, they’re going to finish second. There simply just isn’t much to play for the rest of the season, which is going to lead to some awfully snooz-y hockey.

Anyway, for tonight, both teams came out of the break rested and wanting to push the pace. The mini-problem was that neither teams is really capable of playing at the pace they attempted tonight, at least not for any long stretch. Thankfully they didn’t stop, which made for some wonderful entertainment. But there were a lot of missed passes, turnovers, scrambles at both lines, which did open things up for chances, at least for the first 40 minutes.

In the end, the Hawks were undone by two bits of bad luck and two bits of Hjalmarsson and Keith getting caught just a tad out. They also may have fallen victim to going a bit conservative in the 3rd period, only managing one shot in the last seven minutes or so. But I won’t hate on them for thinking at least a point at a Western Contender’s garden (in the shade) is a nice enough haul. Two shots wide that kick right back out in front, with Hammer on the first and Keith on the second not really having time to go from trying to front the shot to tying up whoever was in front (and on the second it caught up in Crow’s pads anyway). That’ll happen.

That’s harsh on the Hawks. For the first time on this homestand, the scoreboard mostly reflected the play on the ice. The Hawks were certainly better in the first and second periods than at any point against Carolina. And they led on the scoreboard for most of the game, unlike the Buffalo encounter.

But when you get that jammy goal that marked the winner, and the Preds hit three posts in the final frame, you have to admit you have something of a horseshoe up your ass. And it’s been that way for the Hawks most of the season. But you’ll always take the points, no matter how they come, and the Hawks will remain on top of the West for longer. 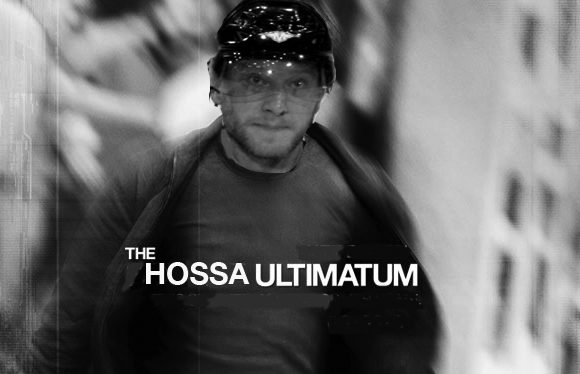 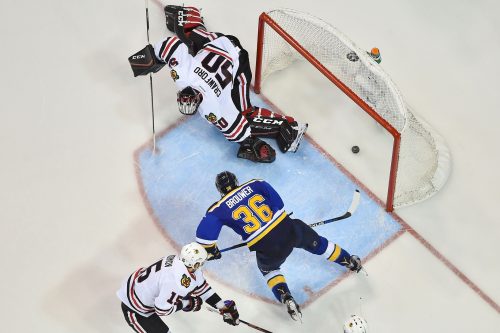 A Touch Too Much

Looking back at the night and series before, it isn’t just bewildering that the Hawks’ season came to a conclusion on the back of not one but two shots hitting both posts in this series (Andrew Ladd managed it in Game 3 as well). It’s bewildering that this sort of margin hasn’t come to bite the Hawks before. Of all the things that have been impressive about the last seven or eight seasons, it’s that the tiny, tiny margins that playoff games and series are decided on have rarely if ever bitten the Hawks until now.

Seriously, the Hawks are Zdeno Chara hitting a post and and whichever multiple OT game against Nashville or Anaheim swinging the other way from having just one Cup and essentially being Penguins West. It is that thin for an organization that has constantly rolled out some of the best and deepest teams in the league.

But then, you notice the luck more when your team is flawed in the ways the Hawks were this season.

But I’m not on that side, so all I can help but say is, “Haven’t we seen this before?” 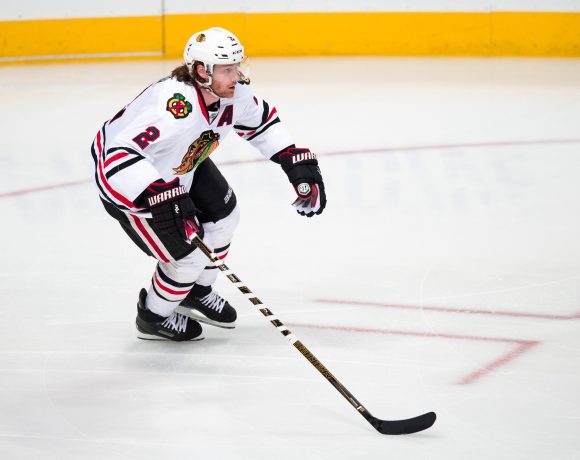