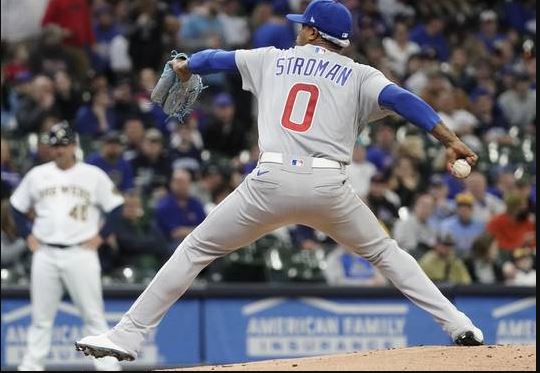 Back Where We Belong – Cubs Lose Series Against Braves, Brewers

The Cubs’ fall from grace was fast and frankly, expected—they haven’t won a series yet this year outside of their first against the Brewers, catching them when Milwaukee’s pitching seemed to think the season started a week later than it really did. The Brewers are back to the top of the NL Central standings and their pitchers are back to shutting the Cubs out, outscoring them this past weekend 20-4. The defending World Series champion Braves also mostly dominated the Cubs, winning two out of three games. There’s not a lot you can do against a team with multiple Gold Glove winners—the Cubs aren’t that team anymore.

Slightly more concerning is the fact that the Cubs pitching continues to be a rollercoaster ride I’d prefer to get off of. The starters largely haven’t been able to hold things together, meaning the bullpen is eating innings like nobody’s business. And we saw exactly what happened when this same scenario went down for the Cubs last year, and that was a significantly better team than what we’re trotting out this year. We are still without staples like Alec Mills, Adbert Alzolay and Wade Miley, but so far the starters who were supposed to be holding it down largely aren’t doing that right now.

The Cubs play the White Sox (9-13) and the Dodgers (14-7) this week. It will probably go as bad as you can imagine against Los Angeles, but if the Cubs can get quality starts they might have a chance against the Sox. But quality starts are really a necessity at this point. Go Cubs go! 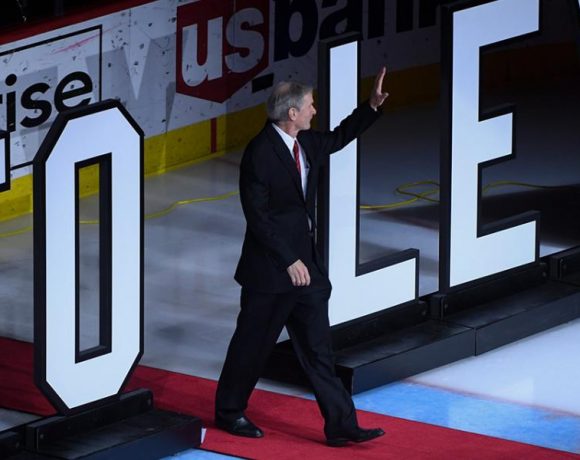 The outlook isn’t good. Happy belated Easter and Passover. Thank you as always. 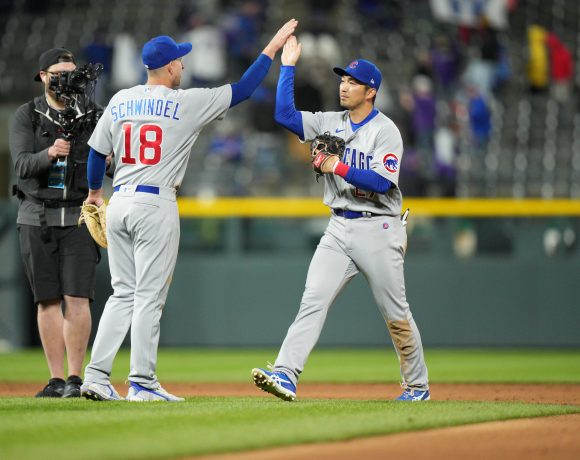 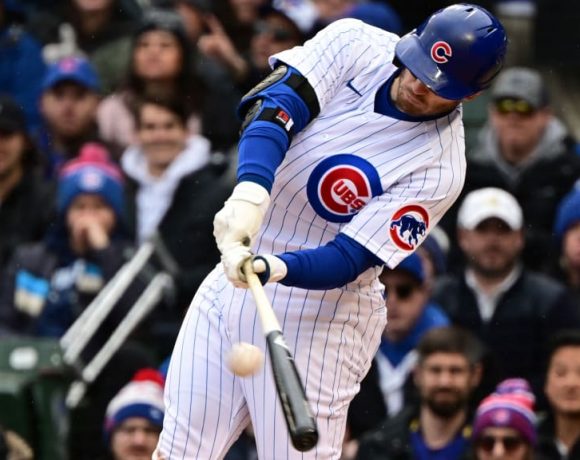 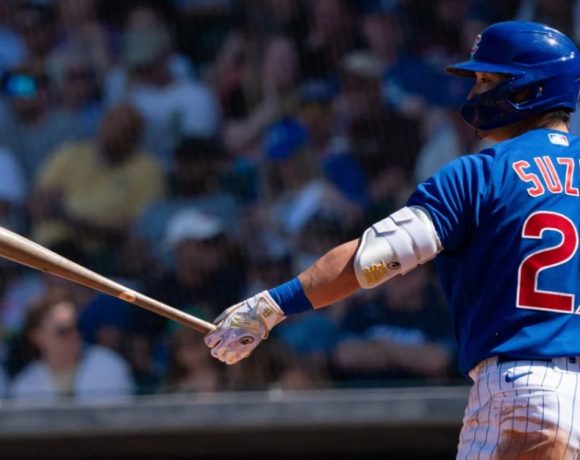 We thought it may never come, but baseball season is once again upon us. And with the Cubs’ World Series core all signed to other teams and the Red Hot Chili Peppers just releasing a new album with John Frusciante on guitar, it really feels like we’re back in 2006. (Linked is Frusciante shredding up Give It Away like it’s nothing on Howard Stern. I didn’t get to see this band live with him in the lineup, so I am absurdly excited for the tour. Take my money.)

The Cubs have yet to officially announce their Opening Day roster, but it’s certainly starting to take shape, and things look a bit rocky with a myriad of starting and bullpen pitchers beginning the season on the injured list, because of course they are. Kyle Hendricks is deservedly slated to be the Opening Day starter, with Rossy confirming that Justin Steele and Marcus Stroman are starting on Friday and Saturday respectively. Drew Smyly, a pickup from the Braves this offseason, could be an option for Sunday’s start as well.

Stroman, the offseason pitching signing the Cubs inked just before the lockout, is yet another pitcher who loves inducing ground balls, and throws a 92 mph fastball—and though that may not seem very fast to you, it’s fast compared to the rest of the Cubs pitchers, since fastballs are not this team’s specialty. Meanwhile, veteran starter Wade Miley, who the Cubs easily plucked from the swarmey, grimey hands of Bob Castellini, has been on a slower ramp-up schedule over Spring Training and is expected to start the season on the injured list. Miley had a bounceback season with the Reds last year with a 3.37 ERA and a no-hitter to his name.

The bullpen is just a teeny tiny bit of a tire fire at the moment, with three of the strongest pitchers, Adbert Alzolay, Brad Wieck and Codi Heuer, starting the season on the 60-day IL. (White Sox fans are laughing maniacally at this news, I’m sure.) With the slower start to begin the season with the off-day on Monday, I bet we see Alec Mills or Keegan Thompson on relief duty to patch some of those bullpen holes. Other than those guys, we have a myriad of Joe Schmoes who will have a chance out of the bullpen. Michael Rucker is an interesting name to keep an eye on—he pitched 28.1 innings last season and had a ballooning 6.99 ERA, but didn’t look terrible in Arizona with a 2.25 ERA and 11 strikeouts over 8 innings. Some other names we will likely see early: Jesse Chavez, Scott Effross, Daniel Norris, Mychal Givens, David Robertson, and Rowan Wick. With no true closer figured out yet, expect the latter three to be rotating in and out of the 9th innings until Rossy sees someone that can maybe sorta kinda replace Craig Kimbrel. (Nobody can.)

As for the fielders, let’s start out with the obligatory fuck you to Ricketts and Co. for the handling of Willson Contreras’s contract extension this offseason. We’ve seen this long national nightmare before and we all know where it’s going—if Contreras is still a Cub after this year’s deadline I will be genuinely shocked. In the meantime, Rossy is relieved to have the DH in the NL now so he doesn’t have to ride Contreras into the fucking ground during the first half of the season. Hopefully he has a bounceback offensive season this year with some days off in the DH role as new signee Yan Gomes takes some starts. That way Contreras can get paid the big bucks he deserves in free agency when he signs to some team that isn’t the Cubs. Prepare yourselves.

The Cubs infield consists of a halfhearted shrug from me. Andrelton Simmons, who the front office hailed as the singular solution to the team’s defensive issues we saw in the back half of last season, looks bound for the injured list with shoulder problems. This means we will see Nico Hoerner at shortstop, who is surprisingly not injured to start the season (please God, do not Motherfuck me on this.) Patrick Wisdom and Frank Schwindel will make their triumphant returns and we’ll see if last season wasn’t just an epic, humungous fluke. Finally, Nick Madrigal is expected to hopefully not get hurt this season and build upon his offensive numbers—he had a .305/.249/.425 slash line with the Sox before tearing his hamstring in June to end his 2021 season.

Last but not least, the Cubs outfield got bolstered substantially with the signing of Seiya Suzuki from Japan, who nudges Jason Heyward, God save us all, over to center. There’s understandably been a lot of hype around Seiya, but I’m trying to temper my expectations as he will probably need some time to adjust to the MLB. He hit two home run bombs in Spring Training but also had 7 strikeouts in 17 plate appearances, good for a .235/.350/.588 slash line. So again, time to adjust is needed. Meanwhile, Ian Happ, known oh-so-affectionately around here as the Kirby Dach of the Chicago Cubs, had surgery over the offseason and will probably see a lighter workload to start things off. Heyward continues to be a Locker Room Guy and not much else—just two more seasons on that contract to go. Other than that, we’ll probably see old familiars like Rafael Ortega and Michael Hermosillo filling in any outfield holes.

It was really looking like the Cubs were heading into full-blown rebuild mode going into this offseason, but the tides have turned slightly with some significant pitching signings and the acquisition of Seiya Suzuki this winter. Now the Cubs’ ship seems to be turning in circles, stuck between rebuild and contention, the place that MLB owners love so much to be. This team certainly won’t be good, but considering the expanded 12-team playoff system that came out of the lockout and the irreverent tanking of the Reds and Pirates this year, a playoff spot may not be as out of reach as you think…if everything goes exactly according to plan, of course. But I think a season not unlike the one in 2006 is in our midst.

Despite it all…go Cubs go!