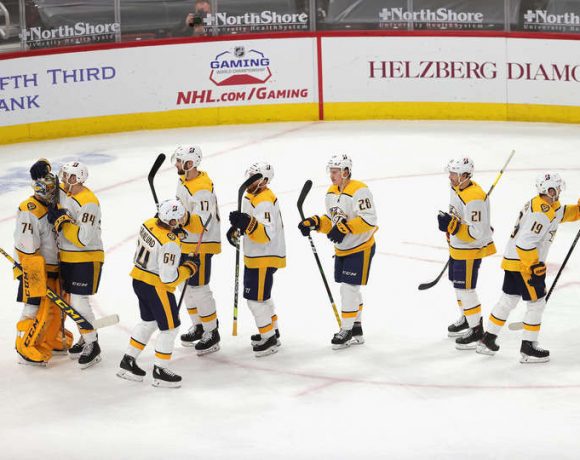 Tonight is literally the most important hockey game of the season to this point league wide, with the last two teams without a regulation loss squaring off in Music City. The somewhat surprising Predators holding a slight advantage in the standings in the early going, with a shootout loss in the one more game they have played than the Hawks, and Conference III bragging rights are on the line.