Stories From The Barber Pole – Midseason Player Grades: The Infield 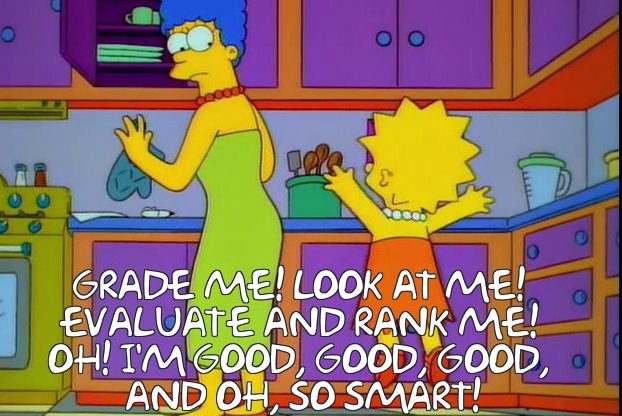 Since we’re now officially halfway through the regular season (sure does feel like it flew by), I figured it would be a good time to take a quick peek and evaluate how everyone has done so far in the season. I’m only going to include players that are currently in the lineup, and not those who have gone on to live at the IL Farm Upstate.

First up today will be the infielders, tomorrow the OF, starters on Thursday and then the bullpen on Friday. Your standard disclaimer applies here that these are only my (correct) opinions, and not any hard and fast conclusions. Discussion is welcome on twitter, which I’m sure will be completely professional and not at all mean-spirited. Unless otherwise noted, all stats courtesy of Fangraphs Dot Com.

On the surface Jose Abreu’s numbers are pretty much in line with what he’s put up in his career, with the exception of his slash line. His walk and strikeout rates are where they should be (with the BB rate actually a career high if this continues), his dinger and RBI totals are on target for career norms and his WAR and wRC+ are right on the money. His average can be explained away by his .294 BABIP as simply bad luck, but what can’t be brushed away is his OPS. Were this to continue through the 2nd half, the .786 mark would be the worst of his career.

The other thing is that for the first time I can ever remember, Jose is failing the eye test. My man is hurt, and whether it’s his knees from trying to carry the team on his back or just a collection of maladies, Jose is feeling the wear and tear maybe more than ever before. The all star break couldn’t have come at a better time for Jose, and Eloy’s pending return even moreso. At this point in his career, what Jose needs is maintenance days off. Andrew Vaughn and Eloy will be able to provide those. With rest, I feel his power numbers will be back to where they typically are for his career.

The first half of the season is what we’ve come to expect from Tim Anderson over the past 2 years. Low walk rate, decent K rate, great contact rate and an excellent batting average. Honestly, Tim looks as good this year as he’s ever been, with the benefit of the difference between his batting average and OBP the highest we’ve ever seen. Tim is seeing the ball well, he’s dangerous on the basepaths, and he’s playing some of the best defense of his career with a UZR rating of 0.6, which would be the highest he’s had since 2016. I have no complaints.

One of the more divisive players on the team (because he’s handsome, you see), Yoan Moncada has put up some of his best statistics everywhere this year but his power numbers. With his line drive percentage the highest of his career (30.5%) and his fly ball percentage the lowest it’s ever been (27.9%) the fact that he’s not elevating the ball as much would make his low dinger total seem accurate. With his hard hit rate sitting just a skosh below his career average of 37% (36.9% to be exact), all it would take to bust out in the dinger department would be to elevate the ball a bit more. With the nagging shoulder issue being the likely culprit for his lack of elevation, the sooner that feels better the more likely the barrage is imminent. The shoulder would also explain why his throws across the infield have been much more wild than in the past. It’s something to keep an eye on, but overall not too concerning.

The other divisive player amongst the fanbase is our (currently injured) #1 catcher Yaz. He’s an easy target for people who think that batting average is the end all be all for baseball stats. Looking at everything else however, and he’s actually one of the best hitters on the team behind target #2 of the Meatball Masses, Yoan Moncada. With his hilariously low BABIP and insanely high BB rate, Grandal was due to have a massive market correction to his batting average. Sadly the Sox let him continue to play with a bum calf muscle, which when tight can tug on the tendons of the knee and most likely lead to one of them shredding. With a 4-6 week timeframe for his return, I decided to keep him on the list. Here’s hoping his robo-knee can handle the load the rest of the way for the Sox when he returns at the beginning of September, as his pitch framing numbers are sorely missed.

As the current replacement for Yasmani Grandal, Zack Collins has thus far left something to be desired. While he has put up decent power numbers in the limited times that he’s started behind the plate, his strikeout rate combine with his dismal defensive and framing numbers should give Rick Hahn pause before he skips this position when looking for help at the trade deadline. Collins is fine for a backup catcher spot, but so far he hasn’t proven to be able to handle the day to day duties of managing a pitching rotation from behind the dish. He’ll have the first few weeks after the All Star break to prove he belongs there, and hopefully with everyday starts things will begin to improve for him.

Danny Mendick has done an acceptable job manning 2B in the absence of Nick Madrigal after his hamstring exploded a few weeks ago. He plays plus defense around the infield with an average of a 1.2 UZR rating, and doesn’t kill you at the plate. He’s not an every day player, however, and I believe that Rick Hahn has 2B pegged as his trade deadline priority. With Trevor Story or Adam Frazier (hopefully) manning that spot going forward, Mendick can spell the rest of the infield when they need a day off.