Stan’s Off To Marker – Free Agent Shopping List: Hey Do We Have Any Of That Plutonium Nyquist Left? 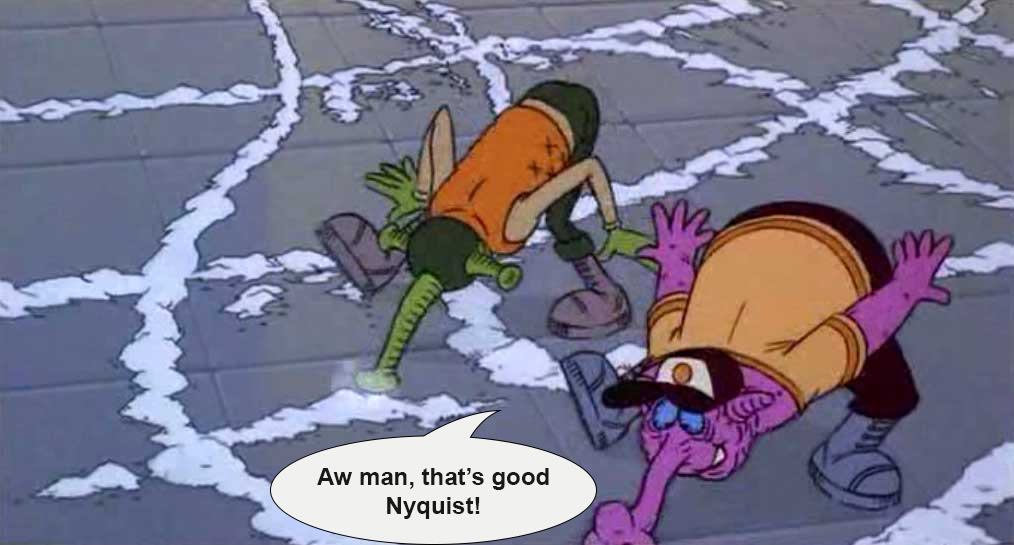 Continuing our look at the sparse free agent market, we turn to the winger perhaps below the class of Pavelski or Lee, but would be an awfully solid signing, Gustav Nyquist.  And also maybe our most esoteric reference ever.

Because he kind of does a lot. He’s played both sides in his career, and even moonlighted at center in an emergency, but mostly sticks to the right side. At the moment, that’s where the Hawks’ gap in the top six is. He’s not a prolific goal-scorer, but has put up over 20 in four of the past six seasons, and when getting to play on a real team again in San Jose saw his highest goals-per-game rate since 2015, the last time the Wings were even close to worth a shit. Unlike recent additions and whispers, Nyquist can actually move around the ice quickly. He is not defensively inept either, and has driven the play and chances and expected goals at above the team rate every year of his career, which continued in San Jose and it was not easy to be above the team-rate there. He did it with slanted offensive zone starts but not terribly so, and could be a player you’d ask to join say Toews and Saad in taking a fair share of defensive draws but turning the ice over. Toews needs the help, and Nyquist can provide it, which is something Lee’s footspeed and Pavelski’s age make a question. Nyquist also might come in cheaper than the other two, coming off a $4.7M hit and after a 22-goal, 60-point season he probably isn’t going to exceed that by much or at all. If the flexibility for DeBrincat and hopefully Strome next summer is a concern, Nyquist would not interfere with that.

First off, age is a question. He will be 30 when the season opens, and as he creeps deeper into that decade and loses a half step or step it’s a wonder how much his game will be affected. I might not care about the next, but the Hawks clearly think size is a problem for them and Nyquist doesn’t do anything about that. If he loses any scoring touch at all, he’s a third-liner at best and you can’t say for sure that he can transition into a full-time checking winger. The Hawks are short another 30-goal guy, as Saad hasn’t proven to be one, and Nyquist isn’t going to be one either. That leaves only Kane, Top Cat, and another Toews renaissance and you might need one more. All of this is question on term. Nyquist also hasn’t ever really killed penalties, so he won’t help there.

In truth, Nyquist would be a great signing in addition to a big splash like Lee or Pavelski. Suddenly you’d be swimming in forward depth, counting on a second-line player like Nyquist for third-line scoring. Given his smarts, he’d be a nice compliment to Dach if the latter makes the team. It would depend on what he’s looking for and cost. If you could get Nyquist for just three years and around $4M, he’d be a steal. Having him around until he’s 35 is a risk, and anything about $5M feels a little excessive. He can do a job, but he’s more a support beam than foundational. You could do way worse, though. Like Perry.