You Have To Be This Short To Get On This Ride 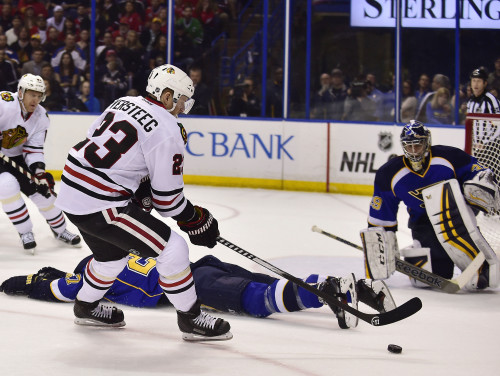 Taking a break from eviscerating the players and people who made being a Hawks fan character-building at times, and going to look at the Hawks’ still lingering cap problems for this season.

It’s kind of surprising that Stan Bowman hasn’t, or hasn’t been able to get the Hawks under the salary cap for this season. We were sure there would be a deal at the draft, and there certainly were a lot of talks, as that has usually been Stan’s M.O. Bolland and Frolik were punted there the previous season, after all.

It now looks like Stan might be waiting for training camp, which he can do, for something to fall off of someone somewhere and he can parachute whatever spare part he wants in to get the Hawks under the cap. Can be risky, as there’s no guarantee that will happen, and the closer the Hawks get to Opening Night without this solved the more tenuous their bargaining position gets. Stan is probably holding out for something of value, even if that’s just mid-round draft picks which he covets. He doesn’t want to have to punt Oduya for a 7th rounder until he absolutely has to, for instance.

But there are some simple deals screaming to be made, in my opinion based on absolutely nothing other than it’s August and my mind has too much time to wander. Here are three that make sense in my world, not necessarily the real one. These aren’t things I’ve heard or been reported, just my own delusions.

Michal Rozsival to Detroit: This one should be batting practice. The Wings have no right-handed defensemen, and currently have to throw out Brendan Smith and Brian Lashoff and pretend it’s something they want to do. Danny DeKeyser isn’t signed yet either. Rozsival’s slowing feet probably don’t mesh all that well with Mike Babcock’s style, but neither does Smith’s, Quincey’s, or Lashoff’s slowing brains. The Wings should be as desperate as the Hawks to do anything on their blue line after striking out on everyone in free agency.

Kris Versteeg to Calgary: This is based on nothing more than he being from around there, the Flames being run by utter morons, and also lacking any skill among their forwards. The Flames probably don’t want to toss Gaudreau and Arnold into the deep end right off the bat, and their only support right now is Mikael Backlund (whom they don’t like anyway), Jiri Hudler, Matt Stajan, Sean Monahan, and a probably over-slotted Mason Raymond, and a bunch of rockheads. They’re well under the cap, so they can take on Steeger’s salary. I’m sure Stan can send Brian Burke video of Versteeg throwing haymakers at Patrick Eaves to get Burke salivating.

Johnny Oduya to the Islanders: The Isles are everyone’s watch team, and with good reason, They have a returning Tavares to team back up with Kyle Okposo. They signed advanced stat darlings in Grabovski and Kulemin. They actually have a goalie who can maintain oxygen intake. But outside of Travis Hamonic this defense is still a suck-fest. You can count on 20 good games from Lubomir Visnovsky before he either gets hurt, stops caring, or gets hurt while stopping caring. They need another puck-mover to get it up to what is a pretty dynamite forward corps (a third line of Nielsen-Bailey-whoever is a lovely thing to have). Oduya fits the bill, and the Hawks need to open up room for Johns or Clendening or one or two others anyway. We know Oduya is on the block because Stan is loathe to lose anything for nothing and it’s hard to conceive how Bangkok Dangerous can be re-signed after this season as is.