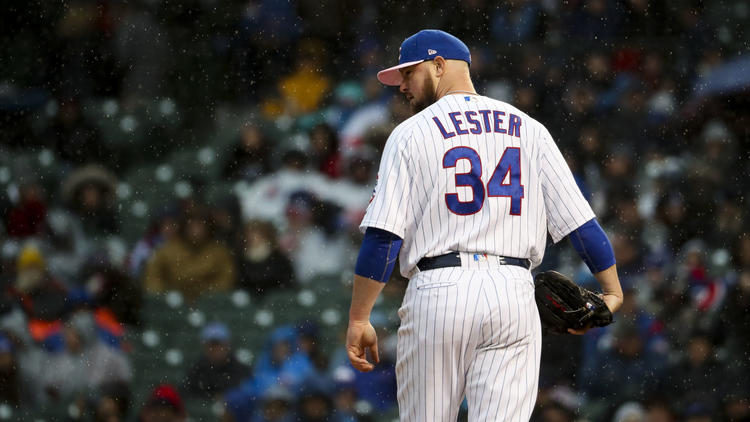 There are no statement games in May. There are no statement games at all, really. And if the Cubs hadn’t won this series, they still would have flown out winning 11 of their last 14. But that wanting every nail they could get is something they talked about after last season. Getting that last win of a homestand. Finding a way to win a series even when your team leader is laid up, and it’s cold and wet. Deciding that a 8-2 homestand isn’t just better than 7-3, but it’s mandatory. Just a little more killer instinct, even with an off day waiting. That’s what the Cubs want you to believe is the difference from last year. So far, so good.

-We’re not long enough into this to see how the bullpen having basically no one you trust left, we got a glimpse on Friday. No, the Cubs didn’t score, which is infuriating because I’m sure Gio Gonzalez has nothing out there. But a winnable game turned into a goner when anyone came out of the pen, and it won’t be the last time that happens. I definitely don’t need more Kyle Ryan in my life.

-And of course, they turn that right around, with six relievers before they even got to Chatwood, who managed to look good, then look bad, and then find it again to get through four innings. I’m not ready to declare Chatwood an actual weapon yet, far from it, but again, the options that he and Montgomery would give the Cubs if they wanted to use them are pretty exciting. It would be a way to cover for this pen that’s short right now, by having them go two or three innings to close out games straight from a starter. If they could each do that once a week, that might be enough to shield this pen until Strop returns and additions are made.

–Brandon Kintzler is an example of just how random and weird relieves can be. He’s been good before, he definitely wasn’t last year, and now he’s probably the best arm out of the pen. Simply because.

-Boy, Kyle Schwarber sure did walk a lot. Hopefully a binge starts with him getting on base a lot. Bryant can’t carry them forever, everyone else has had their turn, it needs to be Schwarber’s soon.

-Hamels’s contact numbers are insanely good right now. He’s getting the most grounders of his career, he’s barely giving up any line drives, and his hard contact rate is 10% lower than it was last year. He’s doing it through a lot of fastballs, and we’ll have to look at this more in-depth this week.