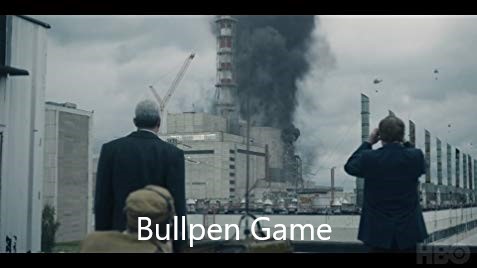 I had a good portion of this recap typed up and ready to go after Alex Colome blew the save in the 8th inning today, little did I know that Jose Abreu still had one in the chamber to save the day with a blast over the green monster.  That dinger salvaged what was shaping up to be a disastrous 3 game stint against the BoSox.  Up until that point, the bullpen was burning through goodwill like it was an open methane pipeline on the side of a landfill.  In addition to that, it looks like Tim Anderson is going to be on the shelf for a good amount of time after a high ankle sprain Tuesday night.  Hopefully you weren’t on Twitter, because a phalanx of trolls came oozing out of the sewers to proclaim that Timmy is getting what he deserves for daring to have fun playing baseball.  Oh, and Moncada got drilled on the knee by Sale and left the game too.  Things don’t get any easier this weekend with a series against the Twonkies looming.

-So the bullpen seems to have reverted to being shitty again.  The White Sox had leads in every one of these games, and in every instance the pen coughed it up.  Ruiz, Marshall and Minaya were particularly heinous this series, giving up 7 earned runs in 5.1 innings between the 3 of them.  Fry and Colome were unable to keep the BoSox at bay in the 8th inning today, getting beat by themselves and a boneheaded play by Jose Rondon, who was filling in for Moncada at 3rd.  On the plus side, Carson Fulmer looked more than serviceable Tuesday night working solidly through the first two innings of the bullpen game, striking out 3.  Hopefully this is just a blip on the radar before the pen settles back down to the more efficient version that had been showing up before.

-The defense was pretty abysmal as well.  The aforementioned blunder by Rondon, who decided to try and come home to peg Eduardo Nunez (who was halfway to the dugout by the time the ball got to McCann) on a ground ball instead of taking the easy out at first.  Tim Anderson in game 1 trying for the cross body throw instead of going to 3rd to try and save the game except Moncada really wasn’t covering the bag so whatever.  Speaking of not covering, Reynaldo Lopez threw one in the dirt that McCann had trouble with so instead of covering home like a big boy he got mad at himself and hung his head while Devers motored home uncontested.  Not a good look all around.

-The hitting, however, looked very good all series.  Realistically if you score 16 runs in a 3 game series you should probably end up with more than one win, but see the section above about the bullpen.

-Losing Tim Anderson hurts.  Just when it seemed like we had finally gotten rid of Cordell in the starting lineup with the arrival of Jon Jay, this forces Leury to SS for the foreseeable future, bringing Cordell back into the CF picture.  Things get even ickier if Yoan is forced to miss any time from his kneecap getting zapped by Sale today.  Maybe this means the return of Palkamania, but with Collins already up and not playing because of Alonso reasons I can’t see that being much help.

-Speaking of that scenario, why in the frozen fuck do you bring up Collins and then sit him for the gigantic waste of space Yonder Alonso?  Just DFA him already, his OPS is less than Nick Madrigal’s batting average in AA.

-Favorite Son Lucas Giolito looked better this time around than he did against the Cubs.  He was definitely getting squeezed by home plate ump Bill Welke, who’s zone was only slightly better than the one in Giolito’s previous start.  He seemed to be overthrowing his fastball, resulting in a definite loss of the zone at times and netting him 4 walks on the evening to go with 7 Ks.  He mentioned his body flying open during this start, which was a concern for him all last season.  Hopefully McCann and him can come up with a solution quickly, as the Twins aren’t going to give him much of a break.

-Speaking of the Twins series, the Sox have a “TBA” starter listed for Friday night’s game.  While I’d love to see Dylan Cease show up and mow down some Twins, I can’t see the Sox making this his first MLB start after his last few subpar outings in Charlotte.  More likely than not we are looking at another bullpen game, which is not even a coinflip the way some of them are throwing right now.  If they DO have a pen game on Friday night, I’d like to see Fulmer get more than 2 innings this time around.  It’s not like he’s close to being the worst starter they’ve thrown out there the past few weeks.