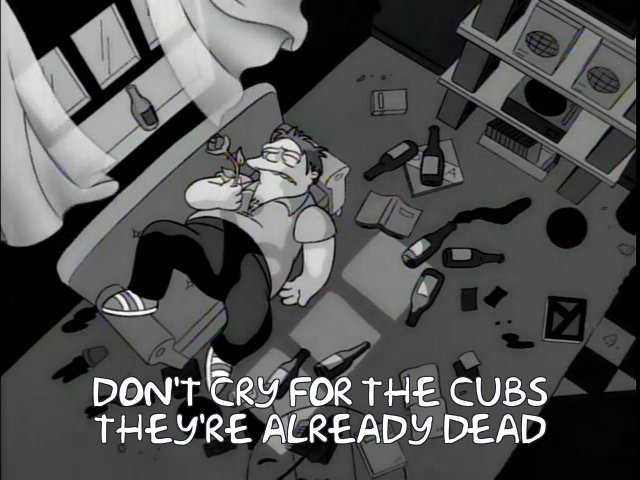 What a gloriously dumb series of baseball on a boilingly humid weekend in Chicago. It’s the kind of series where you really don’t learn anything about a team that you didn’t already know, and you can just sit back and turn your brain off and watch the explosions. It was the MLB equivalent of a Michael Bay movie, with a bunch of stuff going BOOM (15 total dingers), zero plot points (Cubs selloff), and beautiful people patrolling the field (Yoan Moncada and Luis Robert).

In the end, the Sox scored 30 runs total and somehow did it while getting shut out in the Saturday game of the series. Yasmani Grandal made his triumphant return, and the OF tandem of Eloy and Luis Robert continued their tear since coming back from their respective maladies. It was quite the palate cleanser after two weeks straight of difficult competition for the Sox, and hopefully (much like this disgusting weather) the Hard Times are behind them.

TO THE (BOOM) BULLETS!

-Second only to CM Punk at the United Center on the 20th, the best return from injury in recent memory has to be Yasmani Grandal against the Cubs on Friday. With 2 dingers, 8 RBI and a pair of healthy(ish) knees, Grandal was a world destroying monster.

-The corresponding move to Grandal’s return was somewhat a surpirse, as Zack Collins was sent back to Charlotte. The fact that they chose Collins over Jake Lamb was somewhat mystifying, as while Lamb has been fine, the Sox didn’t invest a 1st round pick on him and if they are truly moving on from Zack they need to at least build his value up a little bit to possibly get something in return.

-The most impressive thing about the Sox 17 runs is that there were only 2 dingers on the night, both belonging to Yaz. The rest were knocked in the old fashioned way with Jose, Eloy, Luis and Yoan doing most of the heavy lifting.

-All was not glorious, however. Dallas Keuchel was awful in the 1st inning again, giving up 6 runs on 7 hits and a walk. I’m sure he knows he sucks out loud right now and is as happy about it as we are, but the Sox should give him a few more starts to right the ship. When he’s on, Keuchel is a very valuable part of the rotation and the Sox could definitely use him in October.

-On the flip side of that coin is the suddenly unhittable Reynaldo Lopez. He came in the 2nd inning and just started mowing peeps down like it was going out of style. If Dallas can’t get his shit together, his playoff spot is spoken for, methinks.

-Seeing as though MLB.COM still doesn’t know who Mike Wright Jr is, I don’t think we should either. Go away, and give his innings to any other carbon-based life form.

-Lance Lynn didn’t have it tonight, and the Cubs made him pay for every mistake he made with the long ball. To be fair, Lynn got less support than front line medical workers in Alabama so it didn’t matter if it was 1 dinger or 20 that he gave up.

-Alec Mills is a nice pitcher, and would probably be a good 5th starter on most squads but everyone not named Yoan Moncada made him look like Cy fucking Young on Saturday night. The Sox hitters are a very aggressive bunch, but 65 pitches through 7 innings for Mills is a little ridiculous. So was this entire series, so whatever I guess.

-Yoan Moncada extended his hitting streak to 13 games with 2 hits (basically the only offense the Sox had all night) on the evening, but please, continue to tell me how lazy and terrible he is. Fucking meatballs.

-Patrick Wisdom is the personification of the “3 True Outcomes” baseball player.

-Not much else to be said here, so lets move on to something more fun.

-Now it was Luis Robert and Eloy’s turn to bludgeon Kyle Hendricks into submission, as Robert’s first home run opened Kyle’s day and Eloy’s ended it. In between the Sox got to him for 8 runs off of 7 hits and 2 walks. Gotta figure Hendricks is eyeballing the exit, as these last few weeks are a pretty solid preview of the remainder of his contract with the Cubs. His 4.43 ERA is good enough to be a 4th-5th starter pretty much anywhere else in the league, and the only thing holding him back is the money still owed him on this deal. The Cubs front office could eat some of that and get a decent prospect in return, but it remains to be seen if that’s something they’re interested in doing (Narrator: They Aren’t).

-Dylan Cease looked very good today, really only making one mistake to Frank The Tank, who parked one next to the Sox bullpen just past the 2nd fight of the day in the bleachers. His curveball had more bite on it than I’ve seen in quite awhile, and his fastball was up enough in the zone where hitters couldn’t catch up to it. More please.

-Tepera, Kopech and Liam Hendriks made short work of the Cubs after Dylan left in the 7th. A good return to form for Michael Kopech after his disastrous outing North of the border last week.

-5 of 6 against this roster was probable the bare minimum for this Sox squad, especially now that they’re basically the fully armed and operational battle station we were all looking forward to in March. The Crosstown Cup is dumb, but I guess I’m glad the Sox won it.

Next up is a 2 game stint against the Pittsburgh Pirates, who sold off everything that wasn’t nailed down last month. Currently it looks like Lucas Giolito and Carlos Rodon draw the assignment against the Bucs, and we all know what happened last time Lucas went against them. The Pirates have some intriguing young pieces, as Ke’Bryan Hayes looks like he might be the real deal, and Bryan Reynolds has rounded into a pretty quality center fielder. Their pitching isn’t anything to write home about, and this Sox offense should be able to take full advantage.

The story here on out should be one of health and maintenance for the squad. With the return to form for ReyLo, starters should be having the occasional start skipped, and guys like Jose Abreu should be getting more and more days off as rosters are soon to expand. The end of the slog is in sight, let’s get some home field advantage out of it.