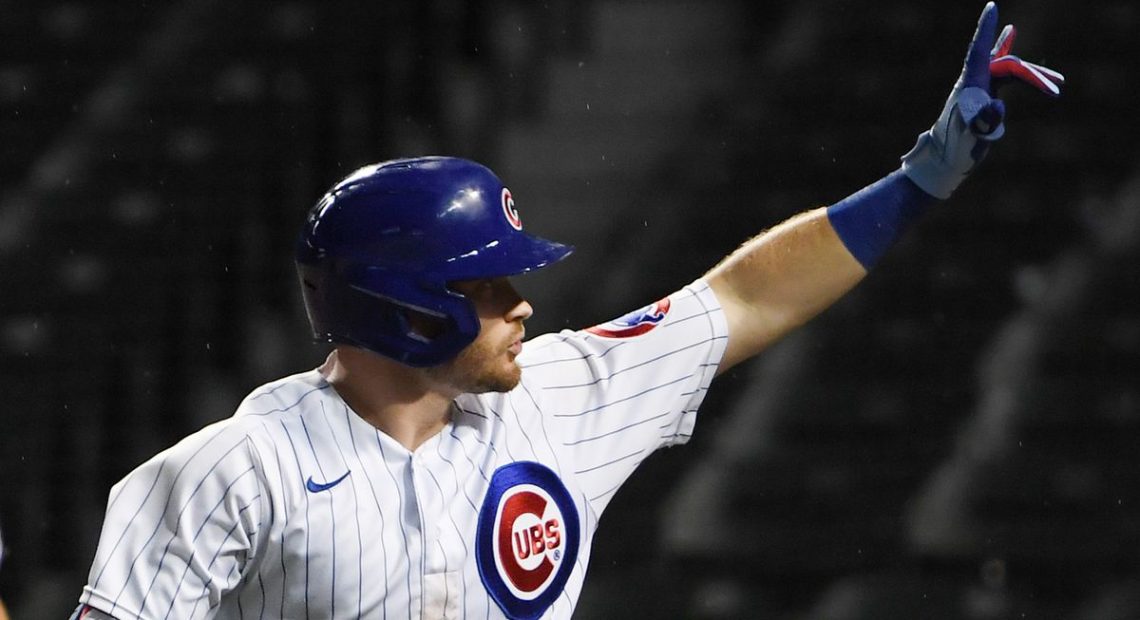 Amazingly, the Cubs were able to string together two wins in a row — something they haven’t done since August 17-18, and July 25-26 before that — and were pretty close to winning a third game in a row, which they haven’t done since June. It was good to finally watch some exciting baseball, despite it all being for naught and against another sub-.500 team. Players like Patrick Wisdom and Ian Happ are producing offensively to mask the fact that our pitching is filled with question marks whose futures as elite MLB starters seem dubious at best. Let’s break the fun down, shall we?

Once again, the Cubs proved they can for some reason only win when Kyle Hendricks starts, despite Hendricks not getting the win and not looking too good for this start. The Rockies quite quickly started wracking up the runs, scoring three in the 1st inning alone. Hendricks allowed three singles, a double and a walk in that inning, which certainly wasn’t his best work. However, he was able to steady himself for essentially the rest of his start, allowing “only” five more hits in his next six innings and striking out six batters.

The Cubs looked dead offensively for a large portion of this game, finally scoring a measly run in the 6th inning thanks to Frank Schwindel singling, Ian Happ doubling, Wisdom walking to load the bases, and David Bote scoring Schwindel despite hitting into a GIDP. Because of course he did.

Despite things looking bleak for most of this game, and things not looking better when Hendricks allowed one more Rockies run in the 7th inning to make it 4-1, the Cubs rallied amazingly starting in the 8th inning to take the game back. First, three walks in a row from the top of the order loaded the bases. Then there was a pitching change that ended up not helping the Rockies at all, as the pitcher, Carlos Estevez, immediately gave up a single, another Bote GIDP (we can’t make this up) and a double by Michael Hermosillo to let the Cubs tie the game and light up Wrigley Field for the first time in what seemed like weeks.

The game wasn’t over though: after Codi Heuer was able to hold off the Rockies in the 8th with no hits and a strikeout, Manuel Rodriguez was able to do the same to put the Cubs up in the 9th. Jason Heyward, with one of the worst batting averages and OPS on the team, came up to pinch hit and was able to single on the second pitch he saw. After Matt Duffy, pinch hitting for Rodriguez, struck out predictably, it was Rafael Ortega who was able to hit the two-run walk-off bomb to end the game. Despite the game not really mattering, Wrigley hadn’t been that loud in a long time.

Even more impressive than winning one game for this team is winning two in a row, but that’s exactly what the Cubs did—granted, it was only a seven-inning game, meaning there were less chances for things to go horribly wrong, but the Cubs were still able to get it done.

Despite a plethora of Cubs hits this game (eight is now a plethora), the runs all came from homers thanks to David Bote, Austin Romine, and Patrick Wisdom, whose three-run blast probably broke someone’s windshield on Waveland. Other than that, hits were pretty much had by all, with only Rafael Ortega, Matt Duffy and Andrew Romine going hitless this game. Yes, even starter Zach Davies poked in a single to start the 3rd.

Speaking of the 3rd inning, that was the last time the Cubs allowed a hit; for the next four innings, the Rockies’ bats were just about dead, getting shut down by a combination of Zach Davies (wha?), the bullpen, and the Cubs’ defense.

Codi Heuer came in at the end of the 5th and made things look easy out there; despite not striking anyone out, it didn’t take him long at all to goad the Rockies into initiating contact for easy outs. Though he has a 4.15 ERA for the year, it’s actually a 1.35 ERA with the Cubs so far, which is pretty impressive considering the literal whos this team has been trotting out behind him for almost a month now.

Adam Morgan got the save, and like Heuer strikeouts also do not seem to be his thing. However, Wisdom fielded the final out in left field to take the Cubs home with their second win in a row! The bar is incredibly low!

Despite coming back three times in the second half of yesterday’s doubleheader, the Cubs collapsed — likely of pure exhaustion — in the 10th inning after the game had stretched to four hours and a slew of players had played 17 innings of baseball in one day. Jake Jewell, the eighth Cubs pitcher of the day, gave up four runs in the 10th inning on three hits and a walk to finally end our suffering.

Despite being down two runs early thanks to Justin Steele giving up a walk and a homer, the Cubs were able to very quickly make up for that in a 2nd-inning rally that consisted of five singles, a double, and Ortega stealing home that made the game 5-2 Cubs.

Of course, the Cubs can’t always have nice things. Despite Justin Steele leading off with allowing two singles at the top of the 4th, he got two strikeouts in a row before Trevor Megill was trotted out in his place. Megill hit Charlie Blackmon with the ball to load the bases and then allowed Connor Joe With Two First Names to hit a grand slam that put the Rockies back in the lead, which they then extended in the 6th inning thanks to Rex Brothers being not as sharp as he usually is on the mound.

Despite it being 8-5 Rockies in the bottom of the 7th inning, Ian Happ’s three-run homer gave us extra innings of baseball, after Matt Duffy and Frank Schwindel singled. Happ had a pretty good game, despite his horrific bunting attempt with two runners on in the 9th inning being an incredibly questionable move. Although his batting average this season is still sub-.200, he has a .462 batting average and a 1.479 OPS over the past three Cubs series. His bat is sorely needed for the Cubs to even have a chance in the upcoming Sox series, so hopefully his hot streak continues.

Yes, the final White Sox series of the season is upon us as they continue to try and extend their lead in the AL Central as the playoffs draw near. Despite losing their last series against the Rays and allowing the Blue Jays to take two of their first three games in the current four-game series, the team will be tough to beat. I’m sure Sox fans will enjoy the welcome reprieve in their schedule to dunk on us. Hopefully the Cubs will continue the fighting spirit they showed this series to at least make the games competitive and interesting to watch. It’s really all that I ask. Go Cubs go!