Series Recap: NEW KID ON THE CUBS HAD A BUNCH OF HITS 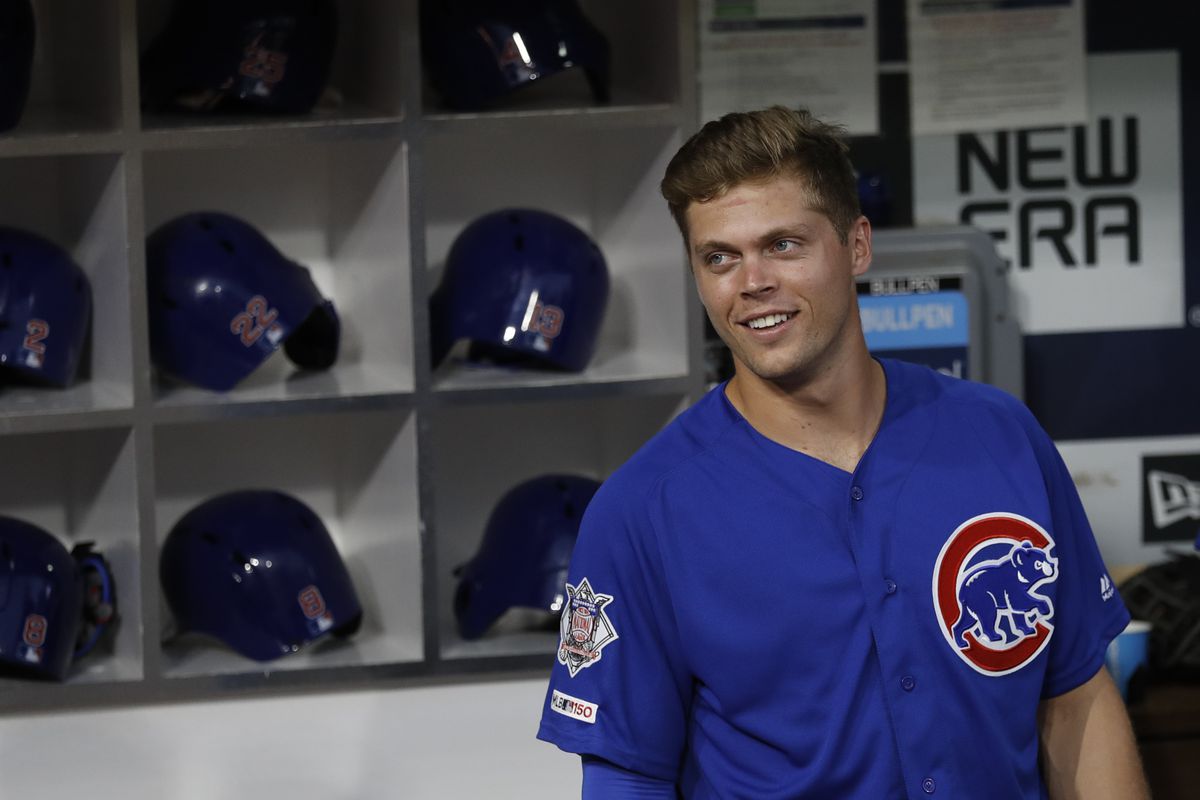 For guys of a certain age (old), the thought of the Cubs going to San Diego in a must-win situation can still conjure up visions of 1984, with Steve Garvey walking the Cubs off in a game that looked as good as won, Jim Frey leaving Rick Sutcliffe in during Game 5 while he had Steve Trout rested and ready to go, then the ball getting past Leon Durham/s Gatorade-soaked mitt. So, good times.

-This was a piss-poor effort by the Cubs. The second game of the four game set was theirs for the taking, but Steve Cishek…see below. But they went into a Tatis-Less San Diego, and could not pick up ground on the Cardinals, while losing enough ground on the Wild Card chasers to wind up in a tie for the second WC with the Brewers.

-Where the Kris Bryant callup came with the full dog-and-pony show combined with the Cubs’ service time fuckery to ensure Bryant would be the talk of baseball for the entirety of the 2015 season, Nico Hoerner was slated to play in the Arizona Fall League for the second straight year before an emergency callup due to Addison Russell taking a pitch to the melon while Javy Baez has a thumb fracture that might keep him out of a Cubs box score until next spring. He responded in true “Jack Armstrong, the All-American Boy” fashion, going three for five, driving in four, and actually looking like he’s watched his Tom Emanski videos. Even if the bat cools off, the speed and fielding has us all chimping ourselves raw at the prospect of a Javy/Nico keystone for a few years.

Last time I recapped a series, I offered this pearl of wisdom…

“-Kyle Schwarber hit his 30th home run, giving him two seasons of 30+. HR number 30 gave his OPS a nudge over .800, and his wRC+ stays a skosh over 100. So while it’s fun to remember the 2016 World Series, and it’s certainly a lot of fun watching him flatten baseballs from time to time, it’s becoming abundantly clear what what you see is what you get with him. He’s basically Adam Dunn.”

Since then, he’s been murdering baseballs, and his OPS is up to .840…so, to not fuck up a good thing – Schwarber is basically Cubs Legend Fred McGriff. 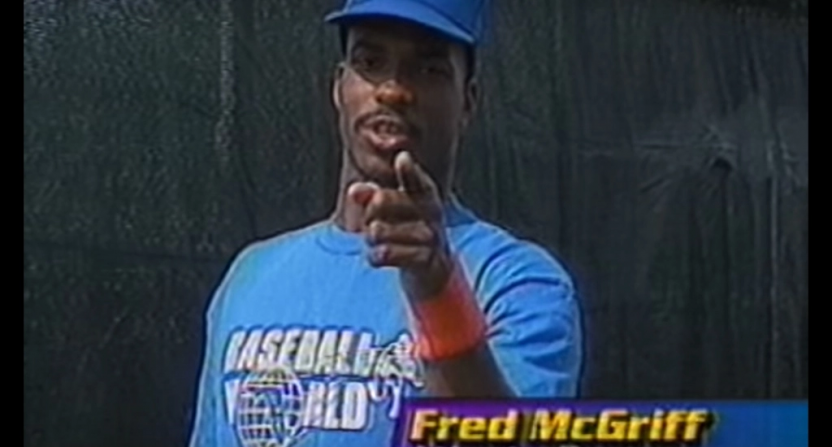 -Hey, Mephistopheles…I know you’re the middleman who handles deals, so here’s my offer…Lucifer can deep-fry my scrotum if it means C.B. Bucknor never calls another major league game.

-Last season, Joe Maddon rode Steve Cishek hard all year, and from September 1 on, he had an ERA of 4.15 and a WHIP of 1.50. Watching him give up a hit and three walks (I know, Bucknor. But still.) in the 10th inning Tuesday night had that feeling that maybe he’s out of gas and starting to run on fumes.

-The question of will they/won’t they in regard to the Cubs keeping Cole Hamels looks like it’s fully come into focus. After the bullpen had to carry the mail in Tuesday night’s loss, they needed at least 5, preferably 6, innings out of the Hot Dad. He couldn’t finish the 5th. Now, you might write it off to the fact that he hasn’t been right since his oblique strain, but that’s kind of the point here. When 40% of your rotation has already had to blow out 35 candles on a cake, you’re going to see slower recovery times. So thanks Cole, and good luck wherever you land next.

-One of the bright sides of Wednesday night’s disappearing act (once they wasted a leadoff triple from Anthony Rizzo, the ending was written before the chapters were done) is that they’re only going to see Chris Paddack once or twice a year. He’s got some absolutely evil shit.

-Brad Wieck’s apparent desire to bean Bruce Miles in the press box when Ty France was hung up between third and home last night was an ugly blemish on what is turning into a pretty interesting story. The Cubs got this big lug for Carl Edwards Jr, and immediately sent him to Mesa to work with Josh Zeid in the team’s pitching lab. That’s where his ungodly breaking ball came into being. That bender combined with a fastball he can dial up to 97, and you’re looking at a guy who might be able to start developing some solid lefty splits. Just in time for the LOOGY to become obsolete.

-The promotion of Jason McLeod to Senior VP of player personnel was a good move by the Cubs, as someone would have certainly hired him as GM this winter had the Cubs not given him a bump in pay and a new box of business cards. I’m not going to bite on the speculation that either Theo Epstein or Jed Hoyer is out the door just yet (although, another winter of the Ricketts family turning their pockets inside out will have at least one of them beating feet), but it’s at least a smart hedging of bets.

-If the Cubs wind up hobbling into the Wild Card game, Yu Darvish made his case for being the starting pitcher in this one. Ever since the break, he’s looking like everything the Cubs thought they were getting when they let Jake Arrieta walk so they could sign Yu. He certainly looks like the one guy who can match up with Max Scherzer in a do-or-die game. But they need to get there first.

-Next up is the final homestand of the 2019 Wrigleyville Death March. 3 each against the Pirates and Reds before 7 of their last 10 are against St. Louis. Let’s see how many of them matter.