Series Recap – Cubs Take Two Of Three From Pirates: At Least It’s Over 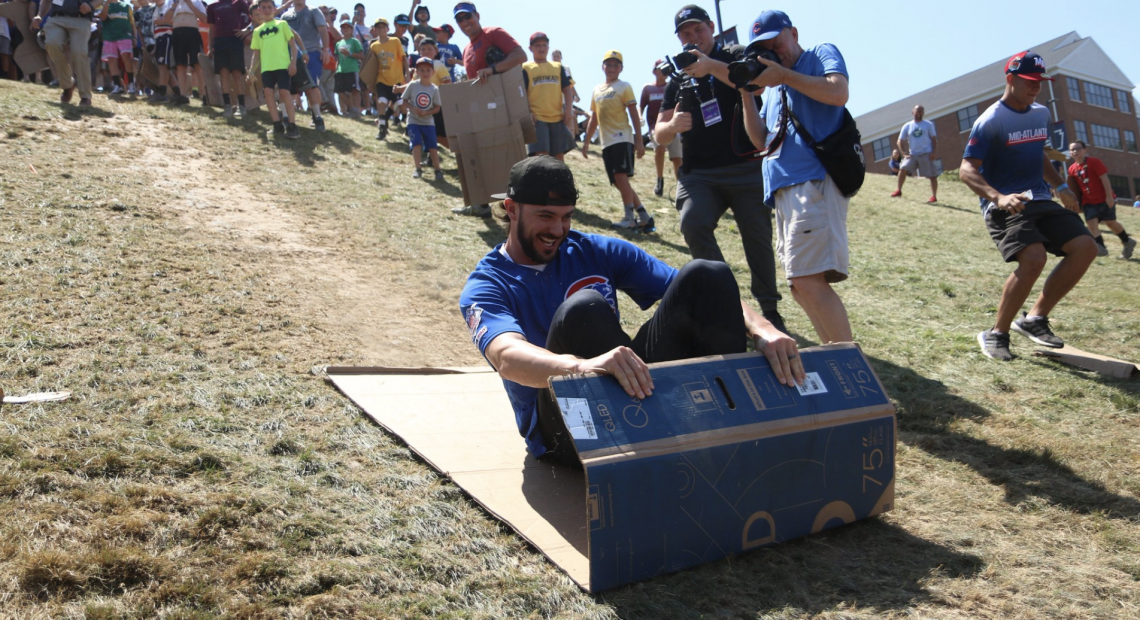 It was inches away from being a sweep, and coming home with a 5-5 road trip, which would not have been acceptable given the circumstance but wouldn’t have felt like some punitive prison punishment that this has turned into. And yet, despite all their cock-ups and idiocy, the Cubs end this roadie in first place, though having to share it. And they’ll return home for six games, where they’re 12-3 since the break. And while they do that, the Brewers and Cardinals will be throwing their fake teeth and harvested manure at each other, so if the Cubs continue to play at home as they have they’ll be gaining games on someone. Thanks to the balloon-handedness of the division, and despite their own nincompoop ways, they still have it all in their own hands.

-I guess we’ll start with Friday night’s what-have-ya. First off, you should never be muzzled by Joe Musgrove like that unless you’re intentionally trying to do so. The Cubs didn’t much look interested Friday night, which is a luxury they’ve lost with all the other games they’ve spent trying to light their own farts.

But hey, Maddon even got away with letting Tony Kemp bat, against a lefty no less, and you get the lead. There was sone consternation about bringing Brandon Kinztler straight from the DL into this bonfire, but what choice was there? Cishek and Kimbrel are hurt. Strop is broken, and along with Wick was part of the monk-immolation in Philly the night before. Really, the only mistake was Kintzler not throwing the ball down the middle to some rookie hitting .196 and seeing just exactly how far he could hit it.

-There was also daggers being tossed at David Bote, and the whole rigamarole about using Bryant as a defensive replacement is a touch weird. Bote is just unlucky to get another ball like that, and one if he even fields cleanly he might not have a play on. This is just sequencing again. Whatever the faults of Bote, defensively he’s been just fine, and more so at third. Proclaiming him a plague on society is overly strong.

-The Cubs didn’t look all that more interested against Steven Brault either yesterday afternoon, but  the Pirates can’t even take two games in a row that they’re being handed. Lester made some huge pitches and dodged and weaved out of trouble, and while he’s not what he was and probably won’t be again, he still can pull these efforts out when the Cubs need them most.

-Use Chatwood for multiple innings more often. Thank you for your time.

-Kris Bryant to the rescue again on Saturday, but it still feels like he’s having a weird season. Given the baseball and what others are doing, shouldn’t he be heading for a career-high in homers too? Or anywhere near it? Or are the 39 in his MVP year the aberration? His slugging is the second-highest of his career, so you can’t complain, it just seems like it would have been more.

-Since July 1, Jose Quintana has been the seventh best pitcher in the NL in terms of fWAR and FIP. But keep stabbing yourself in the heart about Eloy Jimenez and his .293 OBP.

-I would like to think getting to do something as goofy as play in Williamsport for a night and hang out with the kids will remind this team what it’s like to have fun again, but I became way too cynical about these sorts of things way too long ago to truly mean it.