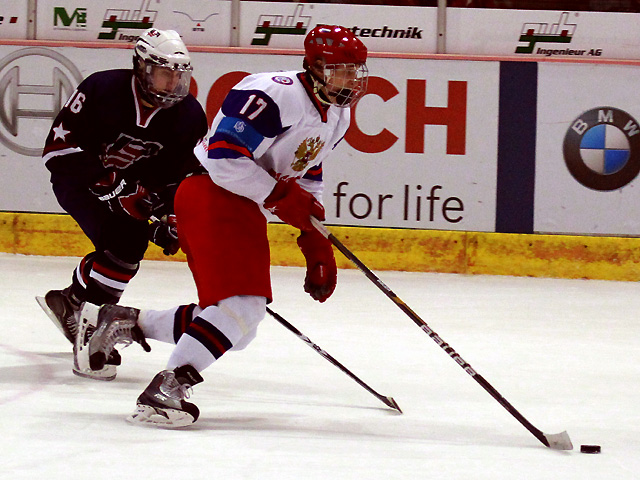 Before we get to the prospects roundup, a couple quick things. First, please go vote. Even if you don’t think it affects you, there are local questions and races on the ballots around the place that will. And it feels good.

Secondly, we haven’t talked about it much here and I know everyone in the hockey fan world is doing everything they can to not think about or mention meetings between the owners and PS starting again today. I think it’s ok if you want to be cautiously optimistic. Cautiously. There’s no way that Steve Fehr and Bill Daly would have had that long of a meeting Saturday totally off the reservation. It’s a pretty safe assumption that they were in touch with their fearless leaders about what was going on. That doesn’t mean when more people get in the room it won’t be a complete balls-up. But I don’t think anyone’s going to be surprised by what they hear in that room either. And that they’re not going to talk to the media after means they’re more prepared to actually talk instead of posture. No guarantees, many miles to go before we sleep, but I’m not going to tell  you to forget it this week either.

In the Q, Phillip Danault had two assists in two games this past weekend. He was also part of Team QMJHL last night and tomorrow night in the Subway Super Series against Team Russia, a precursor to the World Juniors Camp that will come in a few weeks. It was hard to get a read on him, and it was only one game, but he was matched up against Nail Yakupov’s line most of the game and still managed to create some offense of his own.  On his Q season, Danault is at 12-17-29 in 18 games.

Joining him on the Team QMJHL squad was Dillon Fournier, who didn’t exactly love it against Russia’s considerable size and speed. With his club, Fournier had a goal and an assist in two games and a -3. He’s got 10 points in 14 games from the blue line and is a +8.

Also in that Super Series game on the other side was Maxim Shalunov, and he did make an impression. He scored a goal off a wicked wrister after scooping up a puck from a scrum in the neutral zone. He’s a little thin, but he’s got a big frame and wasn’t afraid to get physical either. Probably going to make the Russian squad for the juniors, we’ll have a better idea of what he is and could be then. But there’s something here, I think.

Brandon Whitney had one start, giving up two goals on 27 shots.

Out West, Mark McNeil scratched an assist in two games while continuing to look like a young Matt Hasselbeck. Mac Carruth got one start and gave up all of two goals on 32 shots against Victoria. In five games Mac is  5-0-0 with and still has that 1.00 GAA and a .960 SV%. If anyone knows why he continues to split starts with Brendan Burke, feel free to share.

In the college ranks, Kevin Hayes added a goal against what everyone says is just an awful Maine team. Hayes has seven points in seven games with four goals. Stephen Johns added an assist for Notre Dame. No one else did much that you can spot from a boxscore.

In Europe, Teuvo Teravainen is healthy again and added a couple points for Jokerit the past week.

Now if you’ll excuse me, there’s Election Day drinking to be done, and it’s not going to do itself. Is it?