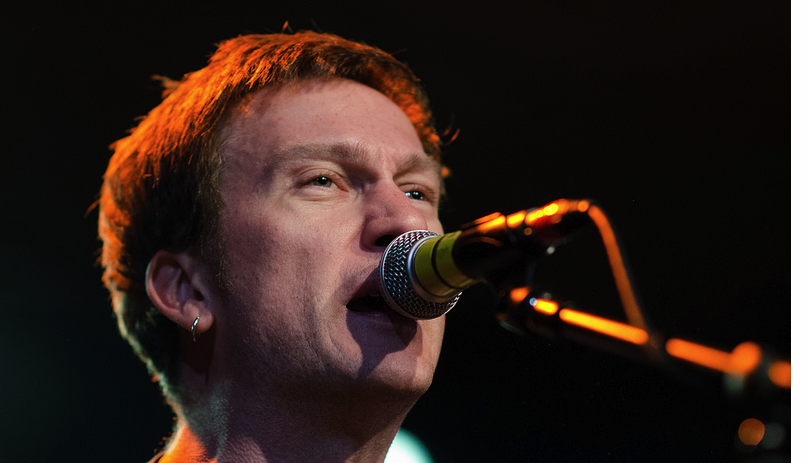 We’ve been fooled before, and though I want to be optimistic and lead you through the darkness more than anyone, we have to preach caution at the top of our lungs. Though preaching caution loudly would seem to be a very odd tactic, but you’ve never required me to make sense.

(And before I go any farther, this was all an elaborate (kinda) excuse to post a picture of Bob Mould, and to tell you if you didn’t get his latest album then your life really isn’t all it could be right now).

After last night’s meeting without the two towers of obstinance, the words “progress,” “optimism”, and “substance” are actually being thrown around. There’s still far to go, and these people could fuck up a piss-up at a brewery. I bet when they get to figuring out “lockout reparations” is where things could get messy.

But the silence is encouraging. It generally means people are serious about getting a deal done. Yes, there was silence when they met for a week straight, which eventually deteriorated into leaks and accusations and you probably kicking something (I kicked Killion, which falls into the small mammal category). But I do believe at the start of that session the sides were serious about getting a deal, or at least some people were.

The other positive sign was a joint presser last night. We haven’t seen that before, and you generally do before a deal is done. It at least shows signs of people wanting to be adults which is certainly a first in all this.

Some things I want to dispel. I know we’re all frustrated that it took this long for actual negotiating to go on. It should have long ago. But to compare it to strikes or labor strife in other fields is folly. Most of the time, the labor side in that can barely afford to miss one or two paychecks. The ownership side can’t be out of business that long because customers will go somewhere else or they’ll lose votes (schools and the like). There’s no urgency like that in this until the season is truly in peril. It sucks it has to be that way, but when you’re run by children…

I know they can act like that because they think we’ll just show up again en masse, and a lot of you are feeling conflicted at best about that. Believe me, this is something I will be addressing a lot when and if things get settled, but not now.

The other is that this could mean the end for Bettman and Fehr if a deal is reached mostly without them. I don’t think that’s true. First of all, I don’t think Fehr was going to continue after this anyway. He was happily retired, only agreed to come on to the NHLPA as a consultant and then took the job when the PA couldn’t find anyone else and began to run out of time. He’s not that young, and probably wants to kick back with something much easier.

Bettman? That’ll be an interesting study. He’d be a wonderful sacrificial lamb as a first gesture to the fans. And if he had any self-awareness whatsoever, he would consider falling on his own sword. It’ll depend on how much the owners who were involved last night went off his message or were directed to. Do the new guys like Pittsburgh’s Burkle start to feel their oats after engineering a deal (if they do) and start the mutiny to leave Captain Gary on an island with a one-shot pistol? Doubtful. But it can’t be ruled out. More likely, he’ll take credit for taking himself out of the room (if not out of the process), proclaim himself a peacemaker, and stay in his job.

Anyway, I’ll be back after the PA’s new proposal gets dropped this afternoon. And that could go anywhere.