Saad by the Numbers: Tell Me What It Takes to Let You Go 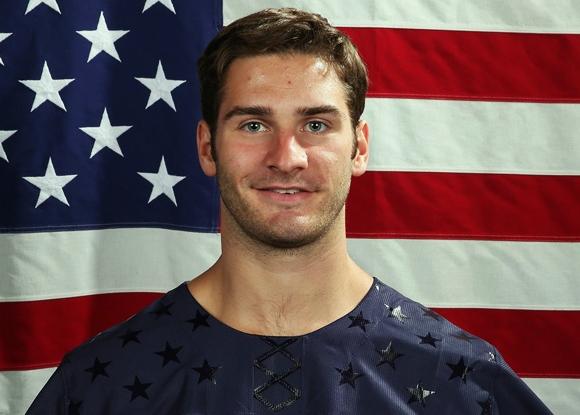 With the Hawks in a malaise, and no answer or savior over the hills, there’s been rabble-rousing about trades. About blowing the team up. About hitting reset. Now, one of the louder calls has been to shop Brandon Saad.

It’s no secret where we at the FFUD laboratories stand on Saad. We were positively thrilled to be getting a proven two-way skater who could flank Jonathan Toews and put The Captain back on track. We thought that he would resume as the force in transition with back-checking skills to boot, upgrading from Hossa Jr. to Hossa Reincarnate. There were even stars in our eyes about Saad becoming a 30- or 40-goal scorer in his return to Madison St.

The lattermost of those hopes and dreams has been crushed this year, but is all as bad as it seems for our favorite Man Child? In times of doubt, we turn to the data for answers, so what do we know about Saad’s year?

To start, let’s look at a claim I made over on Twitter dot com a few days ago.

First, let’s start where a lot of the pain comes from: Saad’s raw points totals. Through 54 games, he has 13 goals and 11 assists at all strengths. For comparison, Artemi Panarin—the main piece in the trade to get Saad back—has 13 goals and 29 assists through 53 games. It’s easy to compare the two and think that the Blackhawks got hosed.

So, let’s look at the claim I made, which is that Saad’s only problem is his lower shooting percentage (S%).

Stats relevant to ALL situations

Now, let’s take that information and apply it to the bigger points picture. First, a look at what Saad has done to this point in his career.

If you look at the goals per game (GPG) category, Saad is currently just a bit behind his career pace prior to this year (0.29), and that’s while he’s shooting 3.3% off his career rate. If we extrapolate this year through 82 games at his current 8.5 S%, he would end up with 0.23 GPG vs. his career 0.29 GPG prior to this year. While that would be his worst GPG rate since his rookie year, it isn’t so far off as to sound the alarm.

So, a quick recap:

Since people infinitely smarter than me haven’t yet agreed on the best way to turn QoT and QoC into an agreed-upon algorithm, I’m going to try to give you an idea for what might be affecting Saad’s assist rates in the context of which teammates he’s played with most this year. Please note that this method is incredibly imperfect (I’m pulling a Milbury and making it up as I go), but it might give us an idea for why his assist numbers are as low as they are. (For a bigger and better discussion on passing, check out some of Ryan Stimson’s stuff.)

First, let’s get some obvious flaws out of the way (outside of the ones we’ve already discussed): Toews probably isn’t ever going to approach his career S%, so his expected goals are likely inflated. And Richard Panik probably isn’t a 12.6% shooter in real life, so his expected goals are also likely inflated. And it’s not like these guys took ALL off their shots while on the ice with Saad. But say everything goes perfectly, and the top six guys whom Saad has played with this year score at their career rates. That’s an extra 21 potential assists Saad is looking at just with the guys he’s played with most this year.

Of course, Saad likely wouldn’t convert each and every one of those 21 potential assists among these linemates. And of course, this assumes that all of the shots these players took were with Saad on the ice, which isn’t the case. The point here is that among the guys Saad has played with the most, each one is shooting either below or well below his career S%, which likely plays a role in Saad’s assist totals. Additionally, Saad is currently playing with guys like Tommy Wingels, Patrick Sharp, and Ryan Hartman, who have shown no scoring prowess thus far this year.

So, to recap this section:

The numbers above reflect Saad as an individual player. When we look at some of the more team-focused stats, Saad is actually having one of the best years of his career. For instance, he’s currently posting a 58.4 CF% (versus a career CF% of 54.5). And look at the differences among his CF% Rel year-over-year:

Jumping even deeper down the rabbit hole, let’s look at Saad’s expected goals-for percentage (xGF%).  (For a thorough explanation of this stat, click here.) Briefly, the xGF% stat tries to predict the difference between the expected goals for (xGF) and the expected goals against (xGA) while the player is on the ice. Similar to CF%, an xGF% above 50% means that while the player is on the ice, it’s more likely that his team will score than be scored on. Saad’s current xGF% is 53.46, and his xGF% Rel is 5.36. Compare this to some of his other teammates who have played comparable minutes:

So, Should the Hawks Trade Saad?

Short answer: NO, unless.

Based on these numbers, Brandon Saad is a 25-year-old LW whose shooting percentage is down, whose assists-per-game ratio is extremely down, whose possession numbers are on the rise, and who would be on pace for 27 goals and 28 assists (55 points, the highest of his career) if he were performing at just his career averages. Unless you believe that Saad peaked at 23–24 (and it is possible, but not likely), trading Brandon Saad would be selling extremely low.

So, what would it take to get a reasonable return on Saad? I asked our very own Feather about this, and he used Rick Nash as a baseline.

Feather suggested that the Hawks could accept nothing less than double that (so essentially, two picks, two players, two prospects) for Saad. If they accepted anything less, we could assume that the Hawks’s front office has no long-term strategy for this team whatsoever. Don’t forget that Saad will be just 27 when his contract expires, and you’d be hard-pressed to find another well-rounded player like him for $6 million a year.

In short, Saad is having a terribly unlucky year. Outside of his low shooting percentage and outrageously low assist-per-game ratio, Saad is having one of his best years in the NHL. Luck can change quickly, so unless the Hawks can find a haul, I’m willing to wait Saad’s funk out, based on past and expected performance.

Special thanks to Jim Brett for inspiring this article.