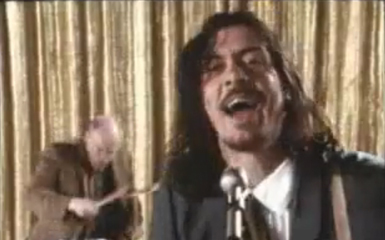 DON’T CRY FOR THEM FOR THEY ARE ALREADY DEAD: Mile High Hockey 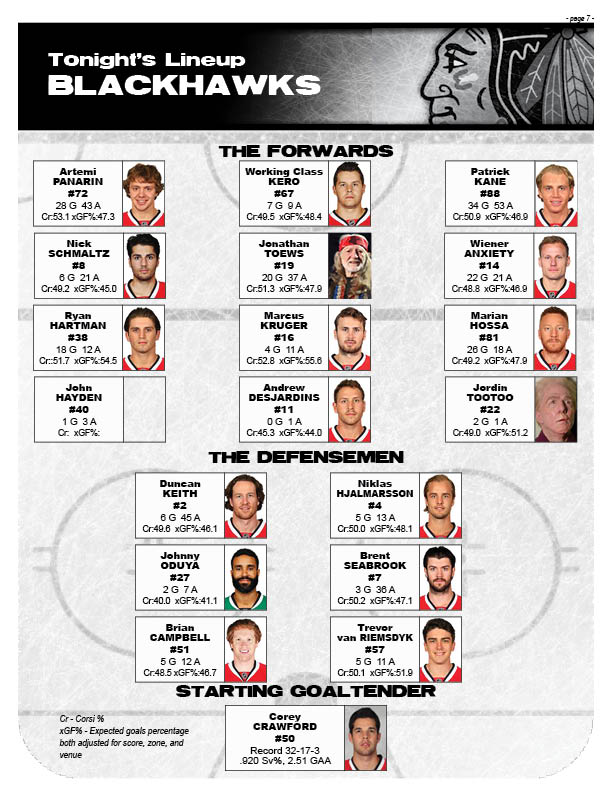 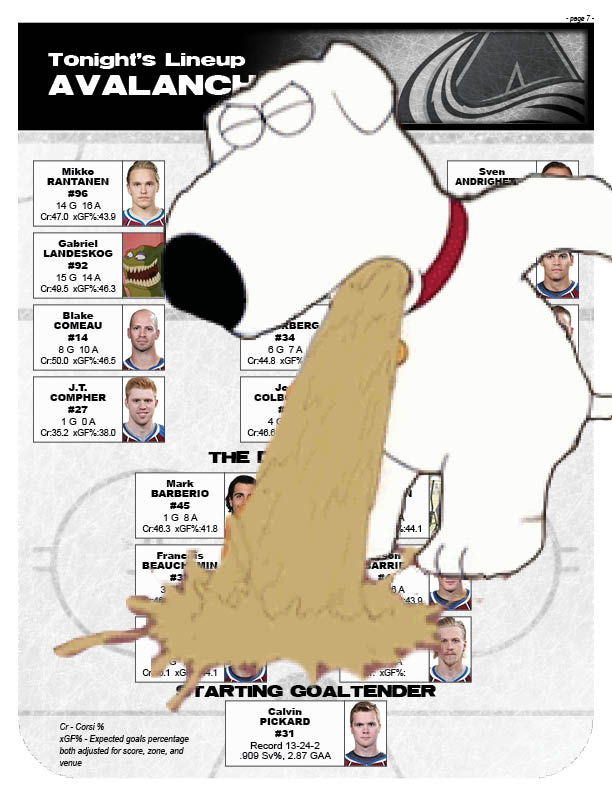 I’m not sure that since we started doing this there’s a more meaningless game than this one tonight. It’s been rare that the Hawks have everything so cinched up so early. There was 2013 where they really didn’t give a fuck about much in the last week and sent the Icehogs to play the Blues because thanks to the lockout their season was already over. 2010 saw them scrapping for the #1 seed overall until the last day of the season. The past two seasons have seen them pretty well entrenched in third but there was the hope that they could get higher. This is merely running out the clock.

And across the ice they’ll see one of the worst teams in the modern era, who have been waiting to bust out the golf clubs since about January. And not to actually play golf, but to repeatedly bash into their own skulls to see if they can still feel anything anymore.

The Avalanche have 45 points. It’s hard to stress just how hard this is to do in today’s NHL, where it feels like the league just gives you 50 points before you even start. You kind of run out of ways to measure all the ways this team can’t do anything. Their special teams are both in the bottom two. So are their possession and underlying numbers. These wayward fuckers can’t score two goals a game, and they give up well over three per game, both worst in the league. They generate the least amount of scoring chances per game. They have the worst save-percentage at evens, and the second-worst shooting-percentage (behind LA, which is a different kind of hilarious).

And I want to sit here and tell you this organization and fanbase deserves it, not only because of Patrick Roy and all the other shit from a couple years ago, but because they were simply given a two-time Stanley Cup winner. It’s the kind of sporting pestilence that should be infected onto the Ravens as well, and the Thunder in OKC as well. But no one deserves to have to watch this on a nightly basis.

The amount of once-pretty things this team has killed is sobering. Nathan MacKinnon looked like he was going to be in the Run CMD-Matthews class his rookie year. Now he does like a good young-Matt Cullen impression. Gabriel Landeskog I swear to God sees demons and ghosts when on the ice and doesn’t know which way to face. Matt Duchene… I mean I’m glad he’s not torching the Hawks anymore but whatever fire burned inside him has been turned into a dull ache. It will happen to Mikko Rantanen too, just you watch.

I shouldn’t get all high-horsey here. Because some of us sat through Hawks teams this bad. And those teams didn’t have any talent like MacK, or Three-Yaks-And-A-Dog, or Dutch. And yet no Hawks team of our lifetime ever came close to not eclipsing 50 points. The 2003-2004 team, the worst collection of chum and waste ever assembled on Madison, managed 59 points. The ’05-’06 team, where the only light was basically Duncan Keith sprinting in every wrong direction every night, managed over 60.

So really, you have to appreciate the art of this. It takes effort to be this bad. This kind of perfect storm of utterly incompetent goaltending and balloon-handed shooting is not something you’re going to see for a while. And what’s weird is that if it wasn’t for the Broncos, Denver might have the shittiest sports scene in the country. Seriously, do you remember the Nuggets doing anything other than beating that incredibly fun Sonics team once? The Rockies have never won a division and appeared in one World Series for about like six minutes. It’s a nice place, they should have better. Or maybe they shouldn’t. I don’t know, go there and you’ll feel terrible about yourself because everyone is in such good shape. It’s annoying. Maybe this is their penance.

Anyway, you’re not going to learn anything tonight. I’m sure the Hawks would love a blizzard to just have the fucking thing canceled, and I doubt the Avs would care much either. If you have TV to catch up on, tonight’s the night.