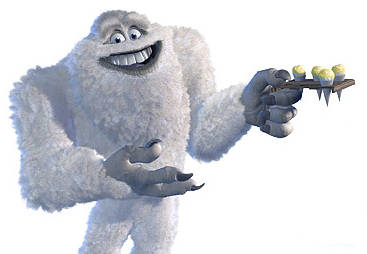 You’d think at just about this time of year, there wouldn’t be things such as “trap” games. Either the Hawks are totally focused on the task at hand, or they’re running out the clock until April and every game is nothing more than a nuisance. I don’t think they’re there yet, but this one kind of fits in the pocket. They’re coming off big games against Eastern contenders Pittsburgh and Detroit. The Bruins arrive on Sunday afternoon, and while they’re struggling that would still have an extra spice. So the last-placed team in the division wouldn’t exactly angry up the blood like the others. You would hope previous struggles against the Avs, like January’s shutout loss, would have the blinders on for the Hawks. We’ll just have to see.

While Colorado won’t come out and admit it, they’re season is now about what they can shed at the deadline and what kids they can open up spots for by doing so. They’re nine points behind the last wild card spot, have four teams who are better than they are to leap over to get there, and it’s just not going to happen. They have a chance to change the course of their team right now, and we’ll just have to see if they take it.

They’ll also be missing Erik Johnson right now, and along with Tyson Barrie and I guess Jan Hejda, that’s really the only three quality d-men they have. Missing a third of that is going to be a serious problem, and Barrie isn’t exactly Lidstrom in his own zone. The Hawks did just mostly maul another unimpressive defensive corps in Detroit’s (at least for 40 minutes) and this group isn’t anywhere near that neighborhood. Semyon Varlamov had to make over 40 stops the last time to keep the Hawks at bay, and it would be something of an upset if he didn’t have to do so again to give the Avs any chance. Infuriatingly, that’s exactly what he’s done this season and last (Calvin Pickard started the two Hawks wins in Denver this season).

However, the Avs still come with a pretty fierce top six. Iginla and Duchene on the top line (and for some reason Max Talbot) have really started to find some magic, partly because they’re not asked to take on the toughest competition anymore. Still, they get buried in possession most nights, and Iginla has always struggled when it’s Duncan Keith staring him right in the face. Landeskog-O’Reilly-MacKinnon is the line behind that and you’d think that’s where Oduya and Hjalmarsson can go, and the greater defensive awareness of O’Reilly has warranted this line taking on the tougher assignments. MacKinnon tore Oduya apart last time, so let’s not have a repeat of that.

Beyond that though the Avs bottom six is a collection of lint and animal hair, and you’d think the Hawks collection of Kruger, Smith, Sharp, Hartman, Shaw, and Bickell could have another good game like they did on Wednesday. It would just be nice if they could actually mark where it counts this time.

For the Hawks, the lineup remains the same. Ryan Hartman has gotten over what was ailing him and will go, and Crawford will start. Carcillo isn’t even with the team as he is attending the services for Steve Montador.

The plan against the Avs is always what it’s been, in that if you don’t give them anything they have a hard time creating anything for themselves. They’ve feasted on Hawks’ mistakes the past two seasons (actually four seasons), as the Hawks have either lacked focus or struggled with a team that is faster than they are. While they can be hellish on the forecheck, at least the top two lines, and provide the same problems other teams have by taking away the time the Hawks need to exit their own zone, this defense cannot squeeze up in the neutral zone and keep from getting scorched back into their zone. If the Hawks are even reasonably clean in their end, they’re going to have more than enough chances at the other.

But it’s one thing to say it, it’s another to do it. And the Hawks have had huge problems doing it against this team. And even if they do, Varlamov has a career .938 SV% against them (.967 the past few years). So yeah, let’s hope they’re not overlooking this one. Again.

If you’re going to tonight’s game, make sure to pick up a copy of our gameday program outside the UC. We’ll be at full service again tonight, so at every corner of the arena. If you’re not attending, you can get the digital copy right here.