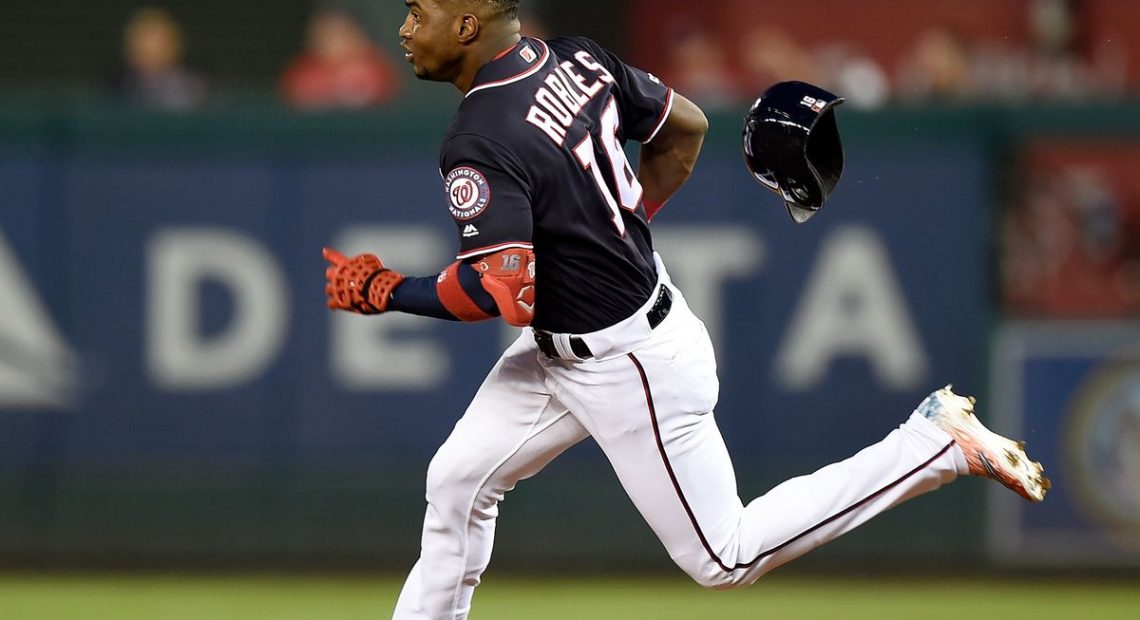 I’m going to have to keep doing this until it actually happens I guess, but as some in greater Cubdom try to rationalize trading Kris Bryant, which can’t be rationalized, I’m just going to have to sit here and tell you how stupid all they are. Because they’re stupid, y’see. And I’m not. Clearly.

The latest round of nonsense, which has been around for a while, is the Nationals somewhat panicking over losing Anthony Rendon and missing out on Josh Donaldson (if they do) and putting in an offer for Bryant. That’s nice. Everyone should at least call. He’s a great player. But the Cubs should immediately hang up the phone after telling GM Mike Rizzo to do one. In reality, that’s what they should do to every GM who calls, and the same to their shithead owner when he calls and says he doesn’t want spend the money and make him fire everyone, but I’m drifting into fantasy land again. I would even suggest taking that phone and hitting Tom over the head with it repeatedly, but I’m the angry sort.

The Nationals supposed “offer” would center around…well, centerfielder Victor Robles. That’s nice. Robles is nice. Everything’s nice. The appeal is that the Cubs would have centerfield locked down for a while, which they haven’t since…fuck, Bobby Dernier? Dexter Fowler was only here two seasons, so does that even count? It was where Corey Patterson and Felix Pie died. It’s where Albert Almora is currently dying. So on some level, I understand. You’ve never seen a regular CF at Wrigley for a decade. Just hasn’t happened. Might be cool to have. Everyone loves new, especially when you’ve waited so long.

When it comes to Robles, the first thing the supposed experts have to yell right in your face because that’s what they do is, “HE’S ONLY 22!!!” Hey, I miss being 22 as well. Well, not really, I kind of sucked at being 22. Late-bloomer, I am. I mean, I miss the not ever really being hungover, which I could do then. Can’t really now. I’m getting off point again, aren’t I?

Anyway, the thing about yelling about he’s 22 is trying to project how much Robles could improve. And that’s certainly possible. He already was one of the best defensive centerfielders in the game, and the Cubs have undervalued their outfield defense some the past couple years. So with him and Heyward, hey that’s pretty good. And his defense certainly doesn’t figure to drop off through his 20s unless like, he gets hooked on Italian beefs and Off Color Brewery (it’s happened to many others).

But no one has any idea what he will be with the bat. Robles was below average offensively in his rookie season. He’s almost certainly never going to hit for power,, even if 17 homers at 22 looks promising. Everyone hit 17 homers last year. His hard-contact rate was simply sad at 24.6%. It’s just not really part of the projection. Maybe he’ll get there, but no one can say for sure. He hits a fuckton of grounders, which with his speed is fine, but I think we’d like to do a little better than fine when trading, y’know, the best Cub of all-time and fuck you.

Robles never walks, and probably isn’t going to either. He kind of did in a 40-game stint in AAA in 2018, but that’s 40 games. He doesn’t strike out much either, which again is nice, but it’s not like he’s making a lot of loud contact. He’s basically grounding out a lot. Maybe Cubs fans are getting Juan Soto and Robles confused. I’m not sure.

The thing with Robles is we don’t have a huge stretch of minor league performance to point to, which is what happens when you reach the Majors at 21. Which is a good sign in itself. He dominated in 77 games at High-A, but that’s High-A. He was just as good in 37 games in AA, but that’s just 37 games. And that was mostly on batting average and a decent number of doubles. Quite simply, no one can be sure of what he is and what he will be. Everyone’s guessing. You gotta do better than a guess for Bryant.

Robles screams of a plus-Juan Pierre or something, with actual very good defense but simply has to get up around 200 hits to be effective. Hard pass, thanks, because the Nationals literally have nothing else. Their best pitching prospects are probably two years away at least when Ricketts is going to let everyone walk anyway. The others have been bad at AAA. While Carter Kieboom would allow for a ton of Marvin The Martian jokes, he’s more contributor than centerpiece and isn’t that what Nico Hoerner is supposed to be?

If you’re somehow going to justify a Kris Bryant deal, and you never will, you better be getting three pieces back who are at least good and ready to be part of things no later than 2021. The Nats don’t have it. Move the fuck on.