Night Songs – You’re Only Going To Get More Caps 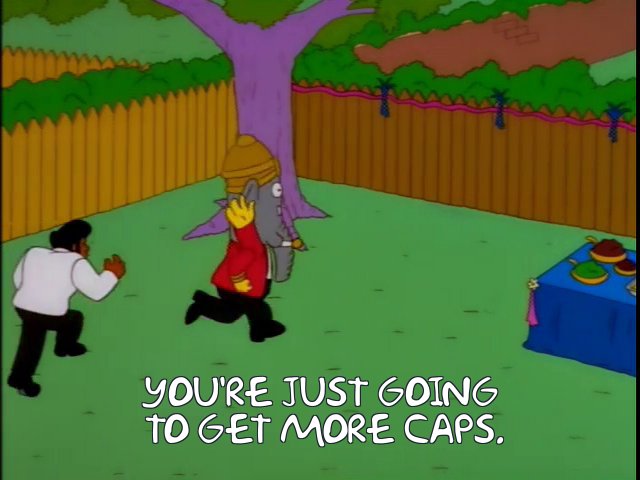 It was quite the viewing to have the Capitals on one screen last night and the Cleveland Cavaliers on another last night. Both played with a unique desperation and frenzy against teams that not only didn’t match it, they didn’t seem very interested in doing so either. As Ryan Callahan said, “They played like they had to win, we played like we had another chance.” You could put that quote on any Celtic and it would work as well.

The Caps were simply everywhere last night, in the kind of effort I’m not sure you can manage for more than a game or two. But the thing is, they don’t. They have to do it for one more…and then maybe like five or six more against Vegas. But they probably won’t come up against such a sloppy opponent again.

As furied as the Caps were skating in both directions, the Lighting were simply awful. They couldn’t complete two consecutive passes. As the Caps sank deeper and deeper, the Lightning kept trying to make plays at the offensive blue line, and the three times they ran into each other there is a pretty good symbol of how all that went. Victor Hedman went back into witness protection, they didn’t score on their power plays, and that seems to be the impetus for this Lightning team.

Still, I don’t know where this leads us for a Game 7. The Lightning are still the better team, and yet they’ve infrequently been intent on proving that this series. They were clubbed in the first two games, and then “did enough” in Games 3 and 5 while having Vasilevskiy bail them out in Game 4. At some point you’d think they wouldn’t be so flummoxed by Trotz’s defensive ways, and yet here we are.

Still, this is where the Bolts have been before. They beat the Rangers in a Game 7 at this stage in ’15. They lost to the Penguins in ’16 in the same situation. As strange as it sounds, the Bolts really have been part of the league’s aristocracy for a while now. Meanwhile, it feels like the Caps just set themselves up for a greater heartbreak. Unless you really believe these Caps, THE CAPS, are going to close out three straight series on the road. Just doesn’t seem to be their way. What does is finally breaking through to get just close enough to realize they’re just not quite good enough this time around, when their past two teams most certainly were (yes, those Caps teams would have gone on to win the whole thing if it wasn’t for Pittsburgh, I’m fairly sure).

There’s another thing I wanted to get to, a bugaboo of mine for years. These were the postgame comments of Brooks Orpik. The playing surface across the league have been something we’ve been calling attention to for a while. The one here in the United Center was routinely voted among the worst in the league, which didn’t make a lot of sense for a team that was on the vanguard of playing fast and skilled.

Obviously, there are a lot of challenges, given that almost all of these buildings are holding multiple events, not just sharing with a basketball team. It’s May, and especially on the East Coast humidity is going to be a problem. All understandable.

But it affects the quality of the game. The Lightning weren’t good, but they weren’t helped by a puck bouncing all over the place. Trotz and the Caps are right to use that and sag back, because it’s near impossible to pass your way through that when the ice is descending into slurpee. For a league that should be striving to be as pleasing to the eye as possible with passing and skating everywhere instead of guys just battling in the neutral zone like it’s No Man’s Land, this should be something they talk about.

But it isn’t, because whatever fixes are needed to keep all playing surfaces as clean as possible would cost money. So I’ll just shout at the rain some more.