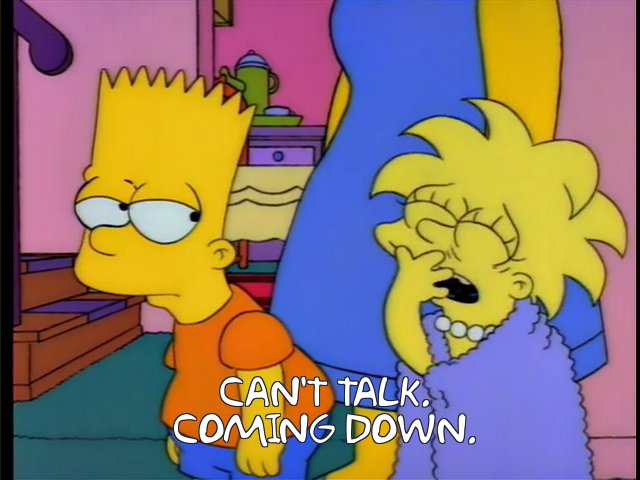 It felt like we got back to what we’re used to seeing in playoff hockey after the mainlining Special K that the first few games were. And that’s fine, as coaches aren’t here to entertain. Maybe we’ll get back there, maybe we won’t, but we won’t be short on drama at least. But man did I miss the high.

The theme coming out of this one seemed to be the Capitals thought they missed a chance to really take a hold of this series, Capitals history being littered with excellence after going up 3-1 of course, but I don’t have any idea where that came from. Matt Murray didn’t have to work all that hard to keep them to one goal, as Ovechkin and Oshie–presumably their two biggest scorers–didn’t come up with a shot at even-strength all night. Oshie at least bagged one on the power play, but Ovie and Kuznetsov got Sid and Guentzel in their face on every shift and were left with tire tracks on their intestines. I don’t buy into the Ovechkin as playoff failure narrative that everyone is so eager to trot out (there are dozens of other reasons the Caps have never managed eight playoff wins) but after a fine Game 3 it was pretty damn clear why Sid has the hardware last night, both from his performance and his teammates. Again, I don’t always go for this kind of thing but this heatmap seems pretty telling of the events last night in The Burgh:

That’s a pretty easy night for Murray. Heading back to DC either Trotz is going to have to put Backstrom back with Ovechkin or get Ovie and Kuznetsov out against someone else for the majority of the game.
Caps fans will bitch that the league is out to get them, ignoring the fact that Wilson probably should have been suspended longer for repeated offenses, in a world that made sense Oshie might be looking at one for his Fosbury flop attempt into Kris Letang’s head that was only five seconds late, and they got the Gift Of Parallax (my favorite Jethro Tull song) in Game 2. They’ve been on the margins for both of their wins, and will have to find a gear this organization has never found to get out of this one alive. I’m here for however this goes.
Predators 2 – Jets 1 (Tied 2-2)
Goddamn you, Peter Laviolette.
Realizing that playing at the most ridiculous pace anyone’s seen was not going to benefit his forwards who were outgunned by the Jets, Lavvy went all NHL-coachy last night and man did it work a treat. As McClure discovered yesterday, the first three games of this series were averaging 129 attempts for 60 minutes of even-strength play. For comparison’s sake, the Kings-Hawks tilt-a-whirl of ’14 averaged 114 in Games 5-7 when that one went plaid. So yeah, we might not have seen anything like that before.
Well, the Preds weren’t having it last night. They kept their third forward especially high in the offensive zone, and every time the Jets looked up there were three Preds back, and they were contained between them and two hard-back-checking forwards. This is a problem the Jets have, as the only thing close they have to a trap-buster on defense is Byfuglien and he’d have to care more to really be one. It’s not really Trouba’s game and though Tyler Myers is under the impression it’s his that is most certainly not the case. That leaves the forwards to do it but then there really isn’t anyone to get in on loose pucks chipped into the Preds’ zone and the Preds also have the fleetest defense to win those races anyway.
It was not an especially good night for Paul Maurice. Again, if I squint I can see why Buff by far was the busiest d-man for the Jets, because in theory he’s the only puck-rusher of the bunch. That ignores the fact that when he’s not in the offensive zone he blows. He took the penalty that resulted in the difference on the scoreboard because he’s a dumb and lazy defender, getting completely pantsed by known-magician Matthias Ekholm. Maurice tried to get Buff out against the bottom six of the Preds but even that didn’t work, as he managed a 38% share and was his fat ass was harassed and bothered all night because he didn’t bother to move. Buff is fine if he can outscore all his problems, which he’s mostly done these playoffs. He scored in Games 2 and 3, and that’s enough to ignore that he’s mostly been getting his head stuck in the pencil sharpener for the entirety of the games. When he doesn’t score, it’s impossible to ignore.
Still, this approach from Laviolette made the margins all that smaller, and if it wasn’t for Pekka’s knob (oh lord) then this could have gone sideways on him anyway. The Jets would have had the lead, the building rocking, and it’s a lot harder to stay patient with all that going on. Fascinated to see if they Preds can do this at home in front of their crowd demanding a higher pace. We were also treated to a Ryan Hartman playoff goal, which is going to have the construction worker focus group McD keeps outside his office window in a fine mood.
It also was a shit night for hockey coverage, because scratching Kevin Fiala for Scott Hartnell is a shit decision no matter what your plan is. And Hartnell didn’t do anything all night except yell and smell but because the Preds won, this is hailed as genius. Try it again, Lavvy, I dare you.
Tags: Nashville Predators NHL Playoffs Pittsburgh Penguins washington capitals Winnipeg Jets