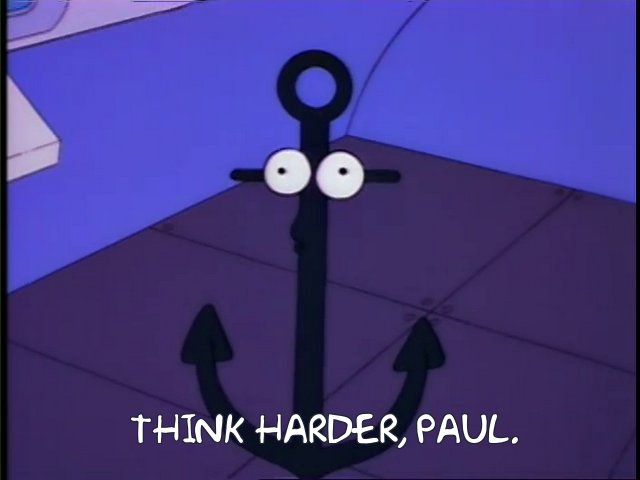 In talking about Game 1 in this series, I wondered what the Knights Plan B would be. Perhaps the better route would have been wondering what Winnipeg’s would be.

This is the third time in a week or so that an opposition has dialed it back a bit in terms of pace and aggression, making their first priority to bottle up the Jets in the neutral zone. The Predators did it by trapping in Games 4 and 6 (though not in Game 7 and now they’re on the couch). The Knights didn’t adopt a full trap, but certainly made the forwards main aim to backcheck furiously and step up the defense ahead of their own line. Squeezing the space made it awfully difficult on the Jets. You may recognize this as something the Hawks based three Cup wins on.

What made it even more difficult is the Jets insistence to try and kamikaze their way through it, instead of just chipping pucks in beyond it and working hard enough to get it back. Because they can. They’re bigger and faster than the Knights’ blue line and they can cause turnovers that way.

But all night you saw Byfuglien, who was just as bad as he was good in Game 1, or Scheifele or Connor or Ehlers go hero-ball and try and dance their way through three or four checkers. Given the Rockets’ struggles, this was not a banner night for isolation play.

While we’ve remarked that Paul Maurice might have extricated himself from the “Moron” category of coaches in this league and at least could knock on the door of the other category (“Not A Moron”), he doesn’t seem to have any answer for when his opponent doesn’t do the exact same thing they did the last game. The Jets were an overturned turtle in those games against Nashville, and they didn’t look much better last night. Gerard Gallant may not outthink himself at home the way Peter Laviolette did, and would be content to just do this again in Games 3 and 4. What will Maurice’s answer be? It’s easier to play a simpler game on the road of course, and the Predators never asked them to in Nashville. And the Jets won three games there. Not hard to work out.

As we said then, it does reduce the margin for error and Marc-Andre Fleury did give up a softie that probably had the nerves jangling a bit. But that was his only mistake, and Jacob Trouba and Josh Morrissey gave it back minutes later (and they haven’t been good most of the last two rounds, admittedly). Do that for a first goal though and things change. We’ll see how they play it from here.

-A word on analysts. I watched yesterday’s game on the second TV, and hence muted, and it was way better than hearing Joe Michelleti spew whatever hockey-spam he’s got on offer. While I don’t want to always run for comparison’s to the NBA, I’m intrigued by how pretty much every analyst TNT trots out was recently connected to the game and names we know, even if Reggie Miller kind of sucks. Brent Barry, Grant Hill, Greg Anthony, Chris Webber, Candace Parker, Steve Smith, etc. They’re not all great but they at least have fresh voices and are more in tune with the game now.

What does NBCSN give us? McGuire, Michelleti, Jones, Roenick, Olczyk, Milbury. None of these guys have played or coached in years, though I suppose Roenick could claim to. The newer voices they have used, such as Brian Boucher, AJ Meleczko Mike Johnson have at least sounded fresh, if not torn the walls down with analysis. The next interesting thing Michelleti has to say will probably cause me to go into anaphylactic shock. Both physically and mentally Roenick’s jaw looks like it’s trying to swallow the rest of his head.

This is a complaint I seem to lodge once a month, and I know no one’s listening. But fuck, even baseball, perhaps the crustiest sport there is, has welcomed new voices into its prime broadcast booths and been rewarded with Alex Rodriguez and John Smotlz  and Jessica Mendoza and a few others. Hell, Fox was going to chuck Jay Cutler right into the booth, and everyone said he was going to be really good. Jason Whitten is going right from the field to perhaps the most famous chair in the sport, or once was at least.

Is it so much to ask?