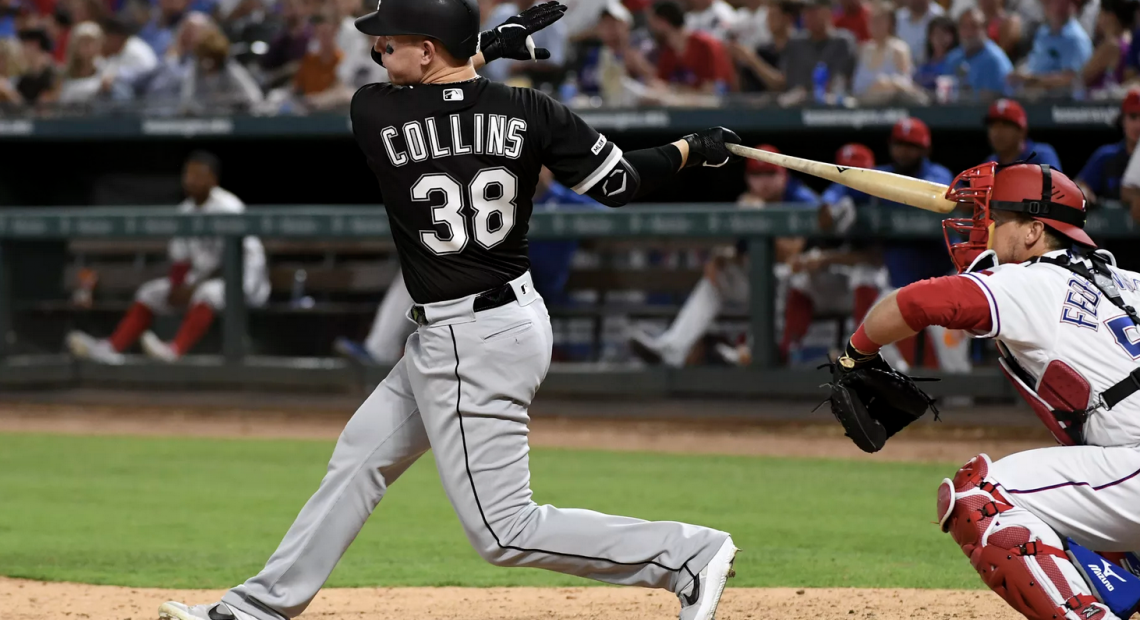 The first roster-fringe player we cover on our 2020 Sox Preview series is Zack Collins. While there is not a guarantee that Collins will make the Opening Day roster, he probably should get a good long look before the Sox decide to burn another option and send him down to AAA for however long, as he has very little left to prove in the minors. In a world without James McCann, Collins would be the obvious backup catcher, but as long as McCann is here Collins’ roster spot is in a bit of doubt. But we will touch on that. Let’s dig in

Last Week on Nitro: Collins spent most of 2019 in AAA, where his numbers were infinitely better than that drivel above us. I listed his MLB stats because, as I said in the open, he has almost nothing left to prove in the minors and should be an MLB player moving forward. But don’t let those rough stats from limited action as a rookie scare you off – Collins’ slash line in 88 AAA games was a much more encouraging .282/.403/.548 with 19 HR and 74 RBI, good for a .401 wOBA and 140 wRC+. Among the most encouraging aspects of Collins’ numbers at all levels of the minors and even his short MLB spell is the walk-rate and OBP, as that 13.7% he posted in the bigs last year counts as the lowest that number has been for him at any level of the minors. Collins simply does not chase bad pitching, forcing pitchers to come into the zone where he is a legitimate threat to take them deep on every pitch.

Another reason you can quite easily disregard any concern that could come from looking at those 2019 MLB stats is the way Rick Renteria used Collins when he was first called up. Despite the fact that the Sox had no one on the MLB roster who could serve as a reliable DH, Ricky kept Collins out of the everyday lineup and only had him playing sporadically every 3-to-5 days, and two of his first eight appearances (including his freakin’ MLB debut) came as nothing more than a pinch hitter. Going from an everyday impact bat in the minors to bench piece is a tough situation to be in when you’re also trying to adjust to MLB pitching. Obviously that was still when McCann was one of the Sox best hitters, but it was still poorly handled, in my opinion.

There are a few concerns about Collins’ future in the bigs, but I don’t think his 2019 should lose you any sleep.

TOO SWEET (WHOOP WHOOP): The best case scenario for Collins in 2020 is that some catcher elsewhere in MLB gets hurt and the Sox are able to trade McCann to fill that void, opening up the roster spot for Collins to walk into. There is a legitimate case to be made that Collins is a better fit for the 2020 Sox’ roster than McCann, anyway. With the presence of Jose Abreu, Edwin Encarnacion, and Yasmani Grandal, all of whom hit lefties extremely well and should never sit when the Sox are facing a lefty, McCann is kinda crowded out of the only lineup where it makes sense to play him consistently. On the flip side, Collins absolutely raked righties throughout his MiLB career and in a perfect world might even feature in a lineup vs RHP over Abreu, although now we are just dreaming.

Regardless of McCann’s presence on the roster, Collins needs to spend significant time at the MLB level in 2020, and the ideal outcome would be that he gets platooned almost exclusively into those lineups vs RHP. That would eliminate a huge weakness from Collins’ game immediately. The walk rate is far from a concern, though you definitely want to see the K-rate come crashing down. He’s never struck out at a rate lower than 24.4% in the minors, but being below 30% is all I ask. Getting him into those RHP lineups on a semi-consistent basis and bringing the K-rate down should allow him to bump that OBP up closer to .350, and if he starts putting the bat on the ball more he is going to hit very hard and very far, so the slugging percentage will be nice as well. No, I don’t give a shit about his batting average.

Lastly, an ideal 2020 sees Collins’ work with his good buddy Grandal behind the plate take him from a downright liability at the backstop to a reliable backup option. That’s not too much to ask, is it?

YOU FUCKED UP! YOU FUCKED UP!: The nightmare outcome for Collins’ 2020 season is that it ends up looking an awful lot like his 2019 did. You don’t need a hell of a lot out of a backup catcher, but when you draft a guy in the first round of the MLB draft because his best position is hitter, you need to see that hitter come through. I don’t think he will ever stop walking, but if he can’t at least make more contact he will never really get to take advantage of all his power, and he will probably need to have at least a .210 average to really let his OBP be any semblance of productive. If 2020 looks like 2019 and he stays below the Mendoza line, the walking will only be worth so much.

I don’t actually think his fielding will get worse, but if he doesn’t improve behind the plate there could be some major problems.

BAH GAWD THAT’S COLLINS’ MUSIC: I think that at some point in the season, McCann will no longer be the primary backup catcher for the White Sox and Collins will take over that mantle, either via McCann getting traded or the Sox just doing the prudent thing from a organizational future standpoint, prioritizing the young controllable player instead of the pending free agent. Collins could also end up being the backup 1B and DH, giving Ricky three different ways to work him into lineups at various times throughout the year and get him more consistent at bats.

In terms of results, I would expect Collins line to wind up more in he realm of a .220/.350/.450 kinda player, as I really believe that even getting above .200 on the average will turn Collins into a damn near elite OBP guy. I still think he will strike out too much – more than the ideal 30% mark I said in best case – and that will prevent him from getting to all of his power, but he should hit 15-20 dingers if he appears in 60+ games. Unless his defense vastly improves, it will bring his WAR metrics down, but I think he can still be worth 1.0 to 1.5 wins in a semi-regular backup role in 2020.