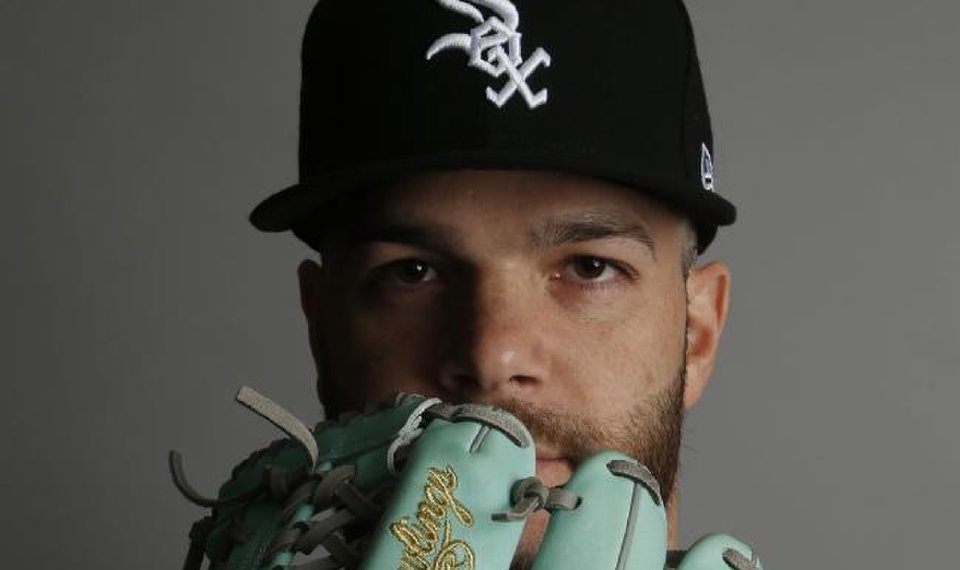 Now to the consensus #2 starter in the rotation and the Sox second biggest free agent signing of the winter, Dallas Keuchel. 2019 was not the highpoint of Keuchel’s career, nor was it the lowest. He spent the first 3rd of the season on the sidelines, waiting for a suitor for his services after not getting any good offers during the winter (mostly due to the compensatory pick associated with his free agent status.)

Once the Braves finally came calling in June after the cost of the pick expired he signed a one year deal with them worth approximately 21 million. He finally took the mound for them on the 21st of June, and went 8-8 the rest of the way with a bunch of unspectacular but solid numbers. While he’s not the same guy who won the Cy Young with the Trashstros back in 2015 he’s still a valuable pitcher who can keep the ball on the ground and out of the bullpen. Can the Sox take advantage of his specialty? Let’s take a look.

Last Week On Nitro: 2019 was a weird year for Dallas Keuchel. For the entire off-season he sat on the sidelines watching pitchers with far worse pedigrees than him get signed to deals that most would consider beneath his level. A majority of industry folks assumed that this was due to the compensatory draft pick that a team would be required to cough up were they to sign Keuchel to a deal. So he was forced to wait until the pick associated with him dropped off at the beginning of June, and on the other side of that line the Braves were patiently waiting.

It was kind of an odd fit at first look, as the Braves boast what might be the deepest glut of young pitching possibly in the entirety of MLB. Much of that pitching is untested, and the Braves felt that having an excellent veteran like Keuchel in the locker room could help shorten the incubation time on some of those arms considerably. So Keuchel signed with the Braves for $21 mildo (pro-rated for the half season he actually pitched, the total came to just over 13 million actually paid out) and spent a few weeks in AAA before joining the big club at the end of June.

Over the season he went a solid 8-8 with a respectable 3.75 ERA, but the 4.72 FIP behind those numbers shows a lot of batted ball luck, and quite a bit of excellent defense behind him suppressing that ERA. As Fangraphs takes FIP instead of ERA when calculating WAR, his FIP is the biggest reason why he was only worth 0.8 in their eyes. He pitched in 2 postseason games and ended with a no decision in both starts, giving up 4 runs in 9 innings combined.

Too Sweet! (WHOOP WHOOP): Best case scenario for Dallas Keuchel would be for him to find the groove with his sinker again and the Sox infield behind him continue to improve on their minimal gains from last season. For someone like Keuchel who is neither a fireballer (his 4-seamer tops out at about 92 MPH) nor a strikeout pitcher, his pitch to contact style generates a TON of ground balls. Out of the last 5 seasons, he’s second in all starters for ground ball percentage with 59.2%. Only Marcus Stroman has a higher GB% and it was a whopping .3% higher than Keuchel’s.

So for Keuchel to have the kind of success he enjoyed with the Astros, the defense behind him has to be ready to field. Having Nick Madrigal come up at some point (though with the plague we’re all currently dealing with, who knows if/when that will happen) would definitely help as he and Moncada would both be plus defenders behind him. Tim Anderson‘s continued improvement would go MILES to helping Keuchel’s ERA stay below 4. Anderson has been quoted as saying he’s been working hard on his defense this winter. Hopefully that’s true, as with Keuchel on the mound he’s going to see a lot of action.

I would consider the following stat line for Keuchel to be a complete success:

You Fucked Up! You Fucked Up!: Conversely, the worst case scenario for Keuchel is twofold: the Sox defense behind him gets worse, resulting in a ton of unearned runs, and his sinker stops sinking and he becomes an infinitely more expensive version of Dylan Covey. Because when you have a sinkerballer who throws that pitch more than 70% of the time and it doesn’t sink that’s exactly what you get. A whole shitload of balls leave the yard at a very high rate of speed and frequency.

At that point the Sox have to hope that Gio Gonzalez is able to pick up more of the slack, adding a bunch of unnecessary innings to his plate. This causes his pitching arm to go dead in July, forcing Kopech into the rotation much sooner than everyone hoped. This causes more damage to his elbow and he turns into the Sox version of Brent Honeywell: all promise and zero ligaments. Or we all get COVID-19 and the season is canceled, which would fucking suck too.

Bah Gawd That’s Keuchel’s Music!: In reality I think we can probably expect a slightly better version of Dallas Keuchel than the Braves got last season. A 3.65 ERA with a 1.20 WHIP and 10-7 record with a 4.10 FIP seems about right. He’s going to have a little trouble with the long ball, especially since it looks like the league won’t fire up until late May at least. That removes the cold weather factor, which usually suppresses home runs during the first month of the season. Plus pitching at the down arrow naturally inflates HR totals due to it’s tiny confines and the heat from the Dan Ryan, which causes air (and baseballs) to rise to the heavens.

All in all the Sox have themselves a solid #3 or 4 starter locked in for the forseeable future, which with the glut of young arms (Cease, Kopech, Dunning, Lopez etc) and one returning high draft pick in Rodon, is exactly what this team needs. Someone to keep the ball on the ground, eat innings, and give the bullpen a rest for the days when the young guys lose command of their fastball and they have to leap to the rescue. All for the low, low price of 18 million per year. Good work if you can find it.

Stay healthy out there everybody.