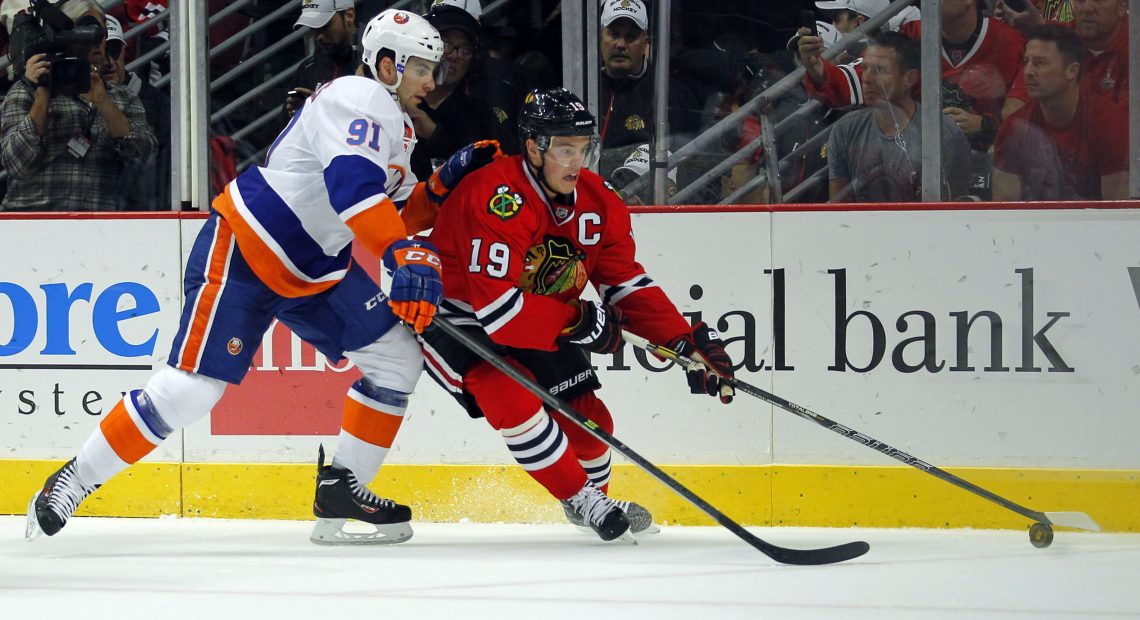 Nikolai HarveyBirdman’s return to the red sweater’s was just about what we expected from these two teams, except I didn’t realize he was sitting at 332 wins, meaning we were forced to listen to the “tree-turty-tree” nonsense before the game even started. The Hawks and the Isles traded the north and south game they both prefer to play. While the action swung from one end to the other with quick transitions and counterstrikes, it was clearly dominated by Chicago for much of the period. When the Hawks got on a roll, there seemed to be nothing the Isles could do but wait for the inevitable goal.

Case in point, the Hawks first goal. The Isles were pinned down, allowing Hammer to slide below the net with all the time in the world. A near perfect pass through the crease found wee baby Nordstrom who was able to squeeze the puck into the post. Not long after, the Hawks again had the Isles scrambling when a Keith shot from the point missed the net but found the Captain who made sure not to miss the empty net as New York had done just prior.

After the quick two goals and with the period winding down, the Hawks looked to be in control of the game. Of course, that doesn’t really jive with the Hawks love affair of giving up last minute goals. The first came as Keith pinched down for an odd-man rush but couldn’t connect with Toews, who crashed the net and got called for a interference call. Didn’t matter. As is their wont, the Isles jumped on the opportunity to counterpunch and brought three into the Hawks’ zone, drawing all the defenders to the right side of the ice and leaving Josh Bailey alone for a quick wrister. The fourth goal of the period again came from blown coverage as Oduya left Tavares alone behind the net who got the puck to Okposo (also untouched) for the equalizer with only 5 seconds left.

The Hawks found their game again in the following two frames, keeping the Islanders to just 12 more shots and most importantly, zero goals. Not the prettiest game, not the ugliest. A good win and a chance for a perfect weekend. On to the bullets.